Legendary Finnish producer Mika Vainio died on April 12, leaving behind a diverse catalogue that has influenced a large swathe of the contemporary electronic music scene. Revisit our interview from 2013, which takes a closer look at that year’s Kilo.

Self-described “brutalist minimalist” Mika Vainio could be described as a grand old man of experimental music. His career has spanned over 20 years and covered everything from beautiful tonal ambience, concrete style abstraction, blast beats and harsh dissonance.

And that’s without touching on his role as half of Pan(a)sonic, a group that were unjustly undervalued in their heyday but, as time has gone on, have assumed their rightful position as the forebears on plenty of contemporary electronic music, from techno to noise and further afield.

Right now, Pan Sonic are in what Vainio describes as the deep freeze. “We do not have any plans to activate Pan Sonic at the moment,” he says. “Ilpo is still working on his solo work and is half of the group Angel together with Dirk Dresselhaus.” But there is a sense that the pair have never been more relevant. 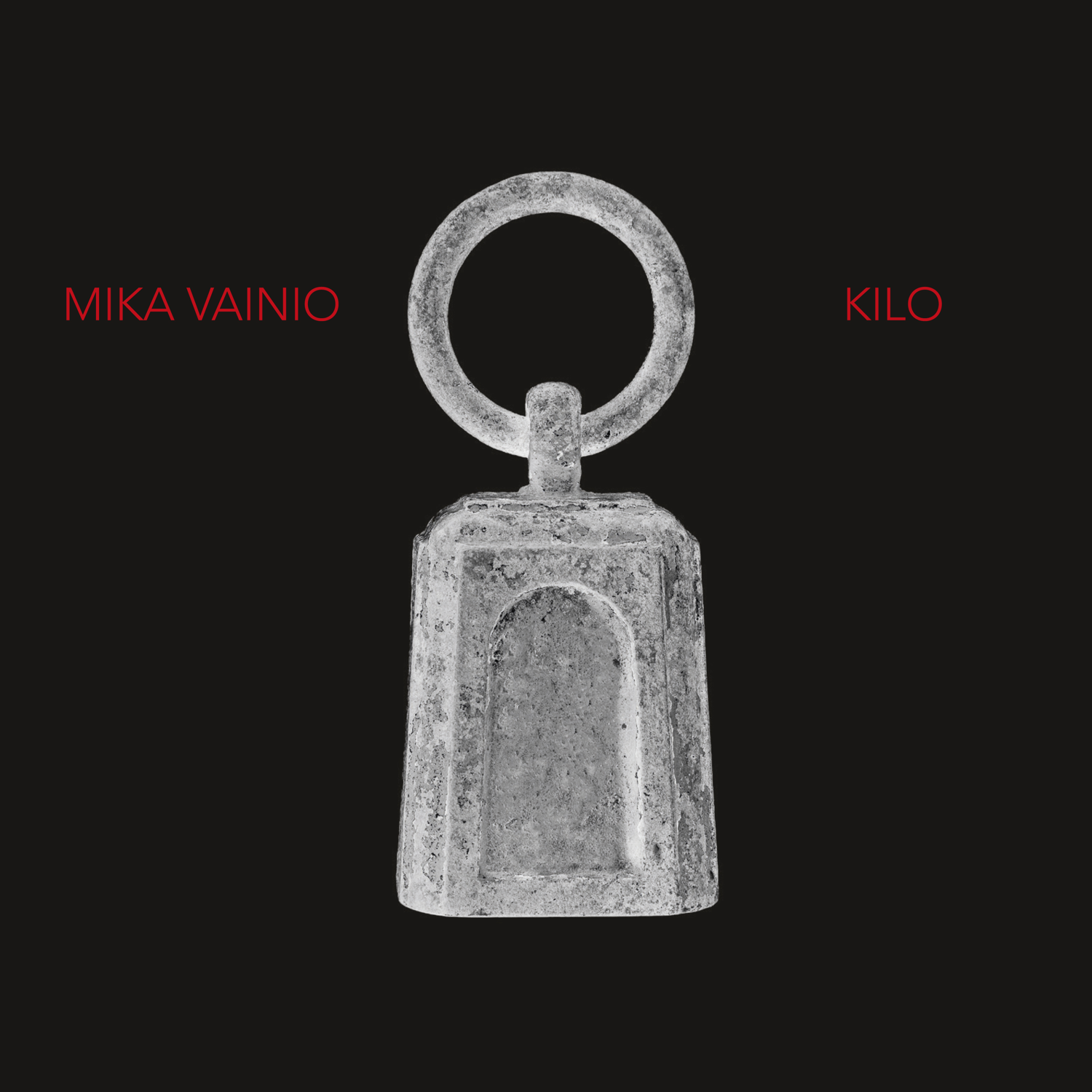 Vainio has maintained a steady stream of essential releases over the last few years, from his archival reissues of his early Ø material on Sähkö to the completely compelling Black Telephone of Matter album on Touch from 2009. There’s also been a well-documented array of collaborative albums with the likes of Kousei Matsunaga (aka NHK), Sean Booth of Autechre, Fennesz, and, on a 2010 LP for Editions Mego, saxophonist Lucio Capece.

The most successful team-up was arguably the Venexia LP with Capece, Kevin Drumm and Axel Dorner on PAN in 2012 – a massively strung out psychedelic jam session with all the melody stripped away, just leaving the flickering embers of energy behind the performance. “This was the idea of Lucio Capece,” Vainio explains. “The most important thing in collaborations is to be flexible and to give enough space for others.”

His work has, however, taken a darker, more direct turn over his last two albums. 2011’s Life, It Eats You Up was a raw, emotional blast of heart-wrenching noise. Drenched in guitar feedback and drone metal tropes, it was a surprising twist on an artistic aesthetic hitherto rooted more in the clinical and austere trappings of sine waves and Raster-Noton hiss and pulse. “Sometimes my aim is to create austere music, but certainly not always,” Vainio reveals. “And I see many of my works as rather playful.”

Live performance has become more of a central focus as time has gone on. A recent, well received performance alongside Chris and Cosey was a culmination of this direction of unique, intimately expressive one-offs, with Vaino citing C&C’s Heartbeat as a big influence. He tellingly describes his live performances and recordings as “personal expressions.” 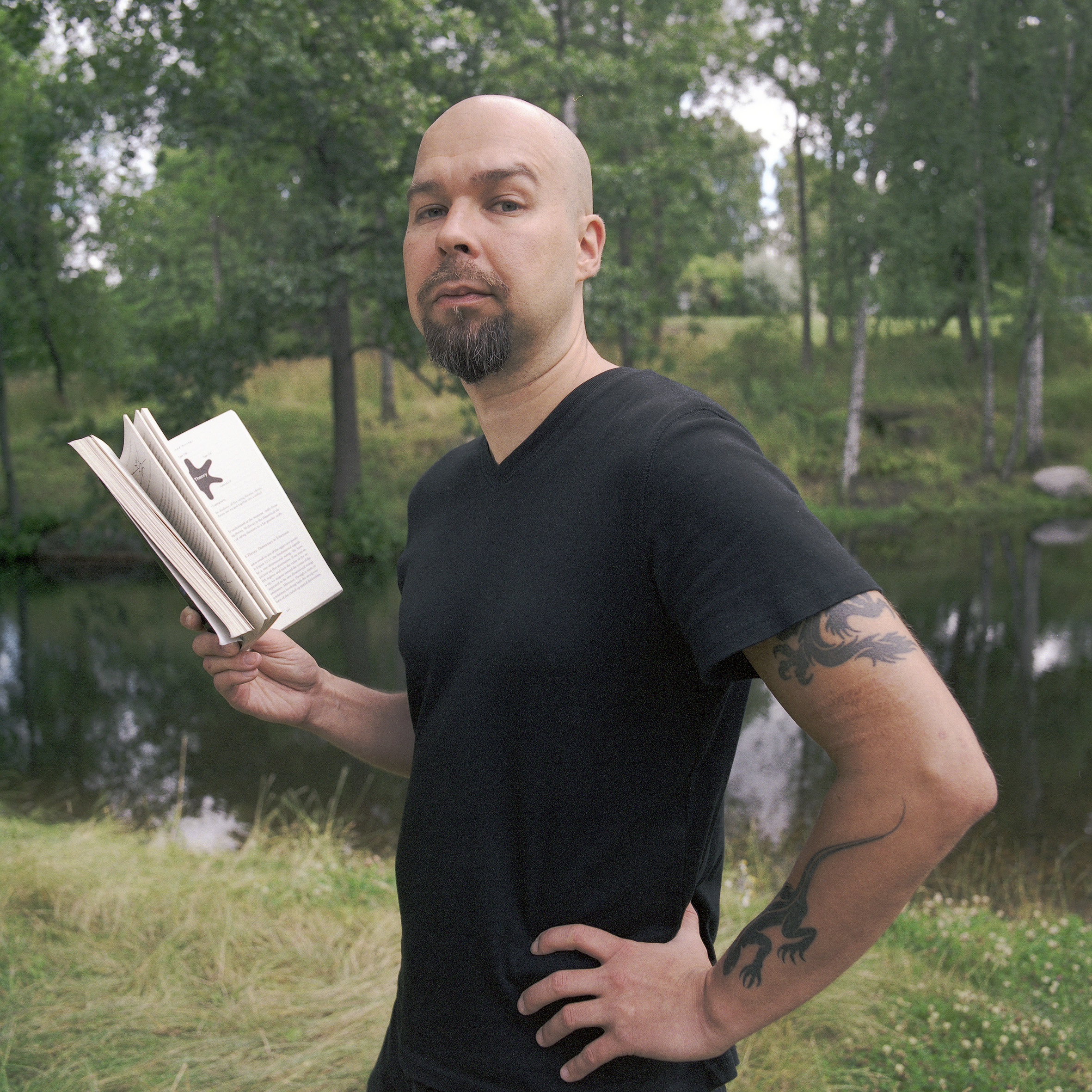 “My favourite frequency is 50 Hz – the frequency of the electric grid, ground noise.”

Vainio’s new album Kilo is explicitly described as a follow-up to Life, It Eats You Up. There’s a different palette used this time – the guitars are gone – but the same dark emotions still ebb through. And although Kilo is more electronic, there’s still a roughness – a distorted, lo-fi patina of grime and grit over the top of everything. From the downsampled undersea pulses of ‘Sub-Atlantic’ to the overdriven chords of the doomy, Joy Division sounding ‘Docks’, Kilo is haunted by the same feeling of heartfelt gloom. On ‘Wreck’, you can even make out the shapes of hardcore-influenced hoover synths, an inadvertent nod to the gloomcore of The Mover and PCP records.

“It is a studio version of my current live set,” he explains. “Life… was guitar based album, Kilo is electronic – I do not want to give too much indication for listeners, so a ‘grey canvas’ is suitable.” Perhaps his recent listening habits are a signpost to the influences at play – he cites Death Grips, Scott Walker, Musique Ethiopique and the film soundtracks of Toru Takemitsu as current favorites.

Those seeking the austere clipped beats of his previous work will still have plenty to enjoy (‘Load’ comes on like a lost Mille Plateaux side) but the beats are secondary. While some of the rhythmic intricacies of Pan Sonic are gone, the rhythm serves as a driving bedrock underneath the gritted-out washes and riffs that have fuzz clinging to them like dust. Life… had blast beats aping a live drummer hammering along underneath, and the drum machines echo this on Kilo, with the sound slightly muffled and focussing less on precision and more on bass-weight and ponderous motion.

Vainio seems dismissive of his earlier, beat-rooted work, while accepting that, with relation to his Ø work, he is “happy if it has been influential.” But it’s unlikely he’ll ever return to that sound: “Everything releasable has been released now.”

Kilo is a personal and, at times, moving album. It’s more accessible than the harsh Life…, but those seeking his huge, sweeping dronescapes of Ydin or his early solo work will be disappointed, as will anyone turned onto him through his flirtation with ultra-minimal techno through Ø, Teknonivel and Keimola.

There’s enough here, however, to please any Pan Sonic devotee (especially the awesome ‘Scale’, which touches on both jackhammer hardcore and splashy, echo-chamber dub in a unique way) and those intrigued by his recent more emotive work. An initial curious listen could turn into something approaching obsession as each spin reveals more layers beneath the fuzzed-out haze, echoing snares and phasing hiss.