How do you follow two breakout albums as successful as Forest Swords’ Dagger Paths and 2013’s Engravings? Easy – by scoring one of the most popular video game franchises in the world, linking up with Massive Attack and, on ambitious new release Compassion, confronting the global communication devolution that’s led to fake news. Ben Murphy finds out what makes him tick.

There’s an anachronistic quality to Matthew Barnes’ music. From his artist name, Forest Swords, to the dusty, disemboweled sounds themselves, history hangs heavy on his records.

“I’ve always been attracted to what you might call ancient sounds, or ancient aesthetics,” says Barnes, who was born in West Kirby, Merseyside, not far from Liverpool. “Mostly it’s to do with where I grew up, there’s such a rich history there. Local history is never very cool and you never get taught it at school, but as I left school, the more I dug into it, I found it completely fascinating. The more you know about it, the more you can read the spaces in a different way, the environment in a different way. It definitely filtered into the aesthetic choices that I made, the textures and the colors, the sounds as well.”

“I listen back to it and I can’t remember whether it’s real or fake.”

Barnes has collaborated with Massive Attack, penned the soundtrack to hit video game Assassin’s Creed: Rogue, and generated a cult following with a slew of acclaimed records. Combining hazy, immutable dub with serrated guitars, skittering R&B-influenced rhythms and dusty samples, Barnes mixes the archaic with the hypermodern, representing an intriguing conflict at the heart of his work. “The more you exist in the current world, the more future-facing you have to be, I think. There’s definitely a bit of tension there. I’m aware that I can play with it a bit more now, mixing these two different things.”

Barnes’ new album, Compassion, is a further exploration of this concept. The record, he explains, sprung from a desire to mix ‘real world’ sounds with the perfection of the digital process; as we sit on a rooftop in East London, Overground trains rattle by. “A lot of the stuff on the record, I listen back to it and I can’t remember whether it’s real or fake,” he ponders. “A lot of the real stuff you process on such a level, is it then digital? I’m not sure. It was really cool to play around with that.”

According to Barnes, some of the organic sounds could actually be synthetic: ‘Panic’, with its tumble of North African percussion; the urgent orchestral strings of ‘Raw Language’; the majestic piano on ‘The Highest Flood’. Each track sounds like the product of a studio full of musicians, but could just have easily been created digitally. “It piqued my curiosity to play around with these sounds,” he says. “The saxophone is computer generated. There is live stuff on it, but a lot of that is more textural. I sampled a lot of drum hits, and lots of field recordings. It was interesting to put those organic textures under digital stuff. It sounds pretty convincing, a lot of it.” 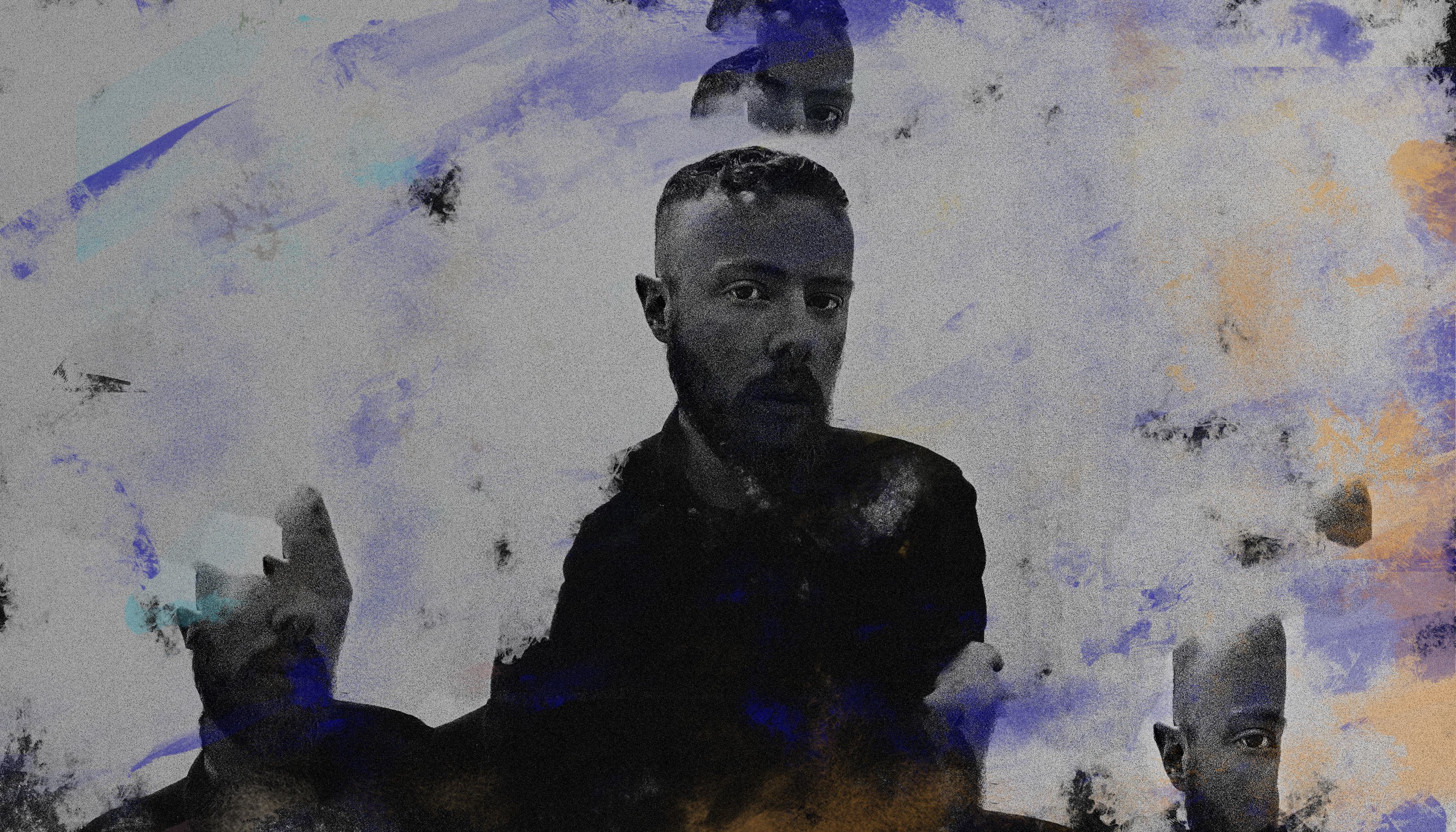 In blurring these boundaries in his music, Barnes began to witness disturbing real-world parallels. “It kind of dovetailed at the time people were talking about the nature of what’s real now,” he says. “Fake news or whatever you call it. I found it interesting that I was exploring these themes and then all of a sudden, in real life, this shit came up. Which is obviously horrible and re-calibrates your sense of safety and comfort. The idea that you can say something over and over again, and people will inevitably start to believe it because you repeat it.”

Barnes recently created the soundtrack for Liam Young’s In the Robot Skies, the first movie filmed entirely with drones. And while he’s hesitant to embrace emerging technology completely, he does see its usefulness. “I’m as guilty as anyone of being terrified of technology at times, because I do find some of it quite intimidating,” he admits. “So much fear around what’s going on at the moment is to do with how technology is utilized, but it’s important to hammer home that it can be used for the utmost good as well.

“Part of the film is based around people sending messages back and forth with drones, almost like carrier pigeons. I found that a cool concept, that you can take it back to an old school sharing of things.”

Communication sits at the center of Compassion. It’s through communication, Barnes says, that we can become more compassionate to others. “When you’re able to connect with people, then you’re able to be empathetic with them, have that deep connection. It’s what I like exploring musically as well, sometimes you can say quite a lot with an instrumental part that you maybe can’t say with language or lyrics that are prescriptive.”

“I’m curious about doing stuff that isn’t just doing an album after another album.”

To promote the album, Barnes used WhatsApp to send tracks directly to fans. And while he loves performing and getting immediate feedback, he believes that online interaction is an equally valid form of interface. “I know so many people who have online friendships and relationships that are just as nourishing as real life experiences.”

Barnes was introduced for an alternate method of online communication when he was asked to contribute the to the soundtrack for Assassin’s Creed: Rogue. He’s not a gamer, so was impressed how the new generation of video games connect people. “I didn’t know that existed, that it was such a big thing,” he admits. “There are so many people playing games that are chatting with other people and having that shared experience. For people to come together over something like that is really cool.”

Barnes recently completed another soundtrack, this time for contemporary dance work Shrine, and has enjoyed both collaborating with others, such as Massive Attack ( “a huge privilege”), and experimenting with alternative artistic ventures. “I’m curious about doing stuff that isn’t just doing an album after another album,” he says. “I had the idea to start a record label, but I wanted it to make sense with these other projects I was doing. I like the idea it can do anything really, so I’ve been working with choreographers and filmmakers on projects. Being able to work with these collaborators, even if I’m not involved, I can put two people together and they can make an amazing thing, that’s really exciting to me.”

But he hasn’t ditched the idea of recording a new album completely; Barnes is already planning his next project. “I’ll be trying to extrapolate some of the ideas of communication, trying to make a project that has that in real life, in physical form,” he reveals. “There’s a whole world you can explore around that.”

Compassion will be released May 5 on Ninja Tune and can be pre-ordered now.

Read next: How Mr Mitch traded grime for minimalist pop on the astounding Devout