Most people would kill to have some of Brian Eno‘s studio knowledge, and thanks to the internet, we can enjoy some of his early synth tips.

Eno spoke to Keyboard Magazine back in 1987 and volunteered to send some patches for the notoriously difficult to program Yamaha DX7, covering kalimba, violin, and tamboura.

As 1987 pre-dated the age of the cover-mounted CD, Eno’s patches were published as a set of instructions, allowing anyone to go beyond the factory presets, regardless of their DX7 programming ability. 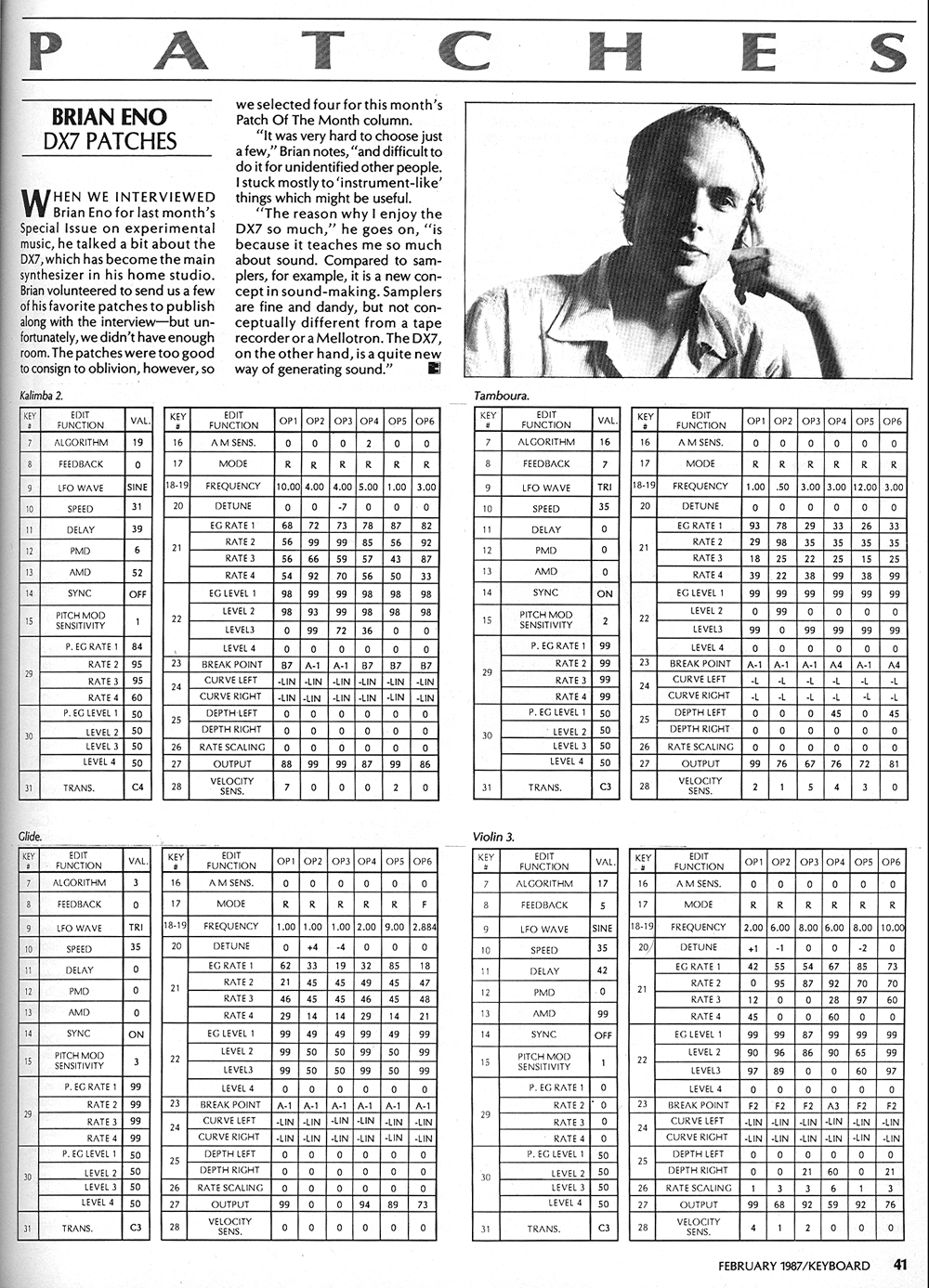 While the DX7 was noted for its difficulty, Eno was something of an expert in the synth, using it extensively in albums such as 1983’s Apollo: Atmospheres and Soundtracks.

An image of these patches has been floating around the internet for a few years now, but Encyclotronic is offering downloads of the patches in Sysex format, which are compatible with Korg’s recent (and affordable) Volca FM synth –

Find the patches at Encyclotronic, where you can download lots of other vintage synth sounds. If you want to sound like Boards of Canada, there’s a plug-in for that as well.