The design marks the Konnichiwa MC’s second time linking up with Nike: last February, he unveiled a special edition spin on the Air Max BW based loosely on his 2012 album Blacklisted. Those were one-offs and not made available for retail, but these incoming sneakers are advertised on Nike’s website as being released globally from September 2. 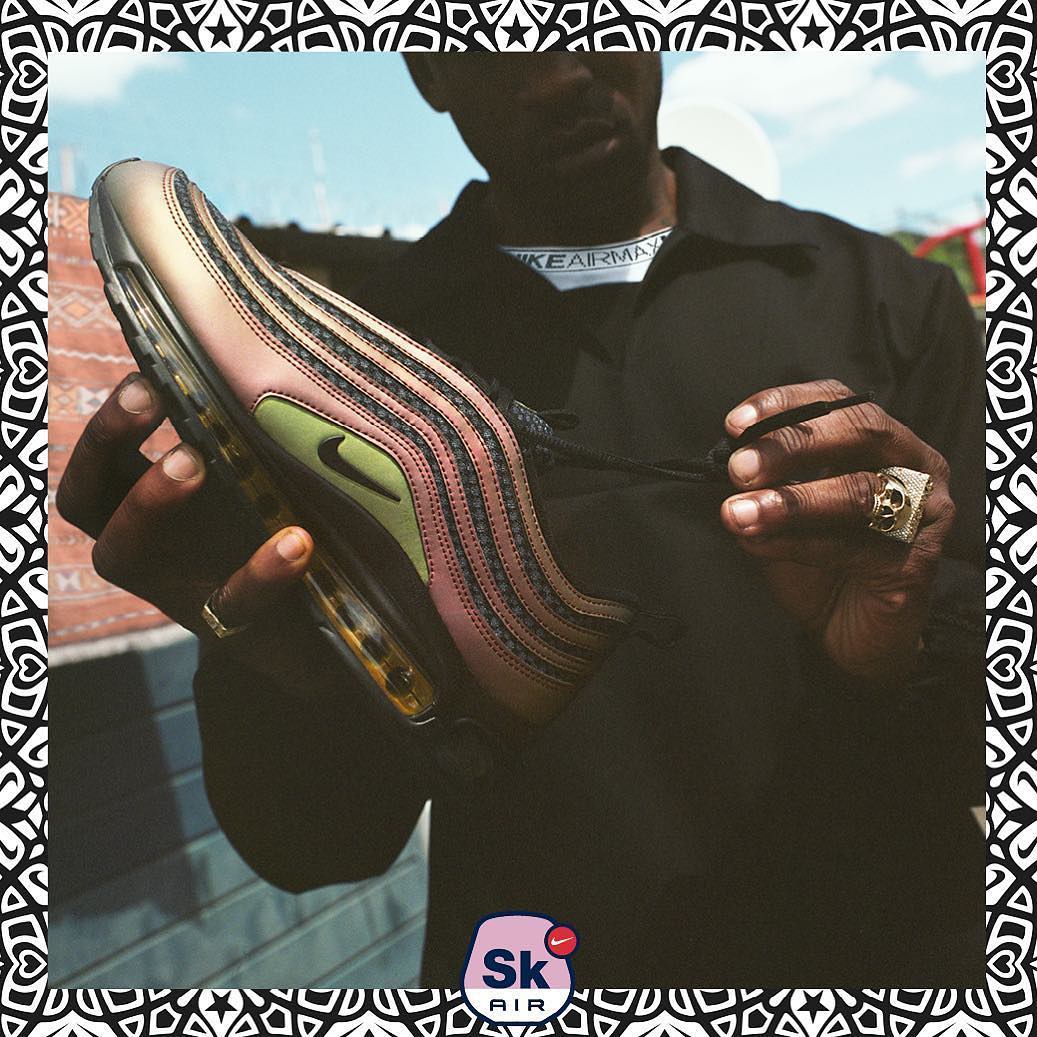 “I am blessed to have been able to travel the world doing what I do. After touring so much, I was looking for some peace,” explains Skeppy in a statement. “I found Morocco, and it was perfect. Everything I wanted to feel about peace, I found it there. I like the architecture, the pastel colors, the taxis, the way that you could just go into a small little souq, open a door and it brings you into a big, massive, beautiful new world that you never would have expected.”

He continues: “When designing the Air Max 97 Sk, we took the color palette of Morocco into consideration, but also the palette of the 1999 Air Tuned Max. That was the first shoe I ever saved up money to buy, so I wanted to bring its magic to the 97 — the magic that made me first love Air Max when I saw it as a child.”

Head to Nike for more pics and information.