Pioneer DJ has updated a lot of its standard DJ gear this year, but the company’s also released a lot of brand new products, including synths, audio interfaces and DJ controllers. The latest is something none of its rivals are making: a gigantic standalone sampler designed to fit alongside CDJs and a mixer.

The new DJS-1000 looks a lot like the company’s CDJ-2000NXS2, but it’s actually an MPC-inspired hardware sampler designed for use by DJs and live electronic performers. It seems to perform a similar function to the performance pads found on a lot of DJ controllers, albeit one that uses a USB slot for uploading your own samples rather than a laptop and software. 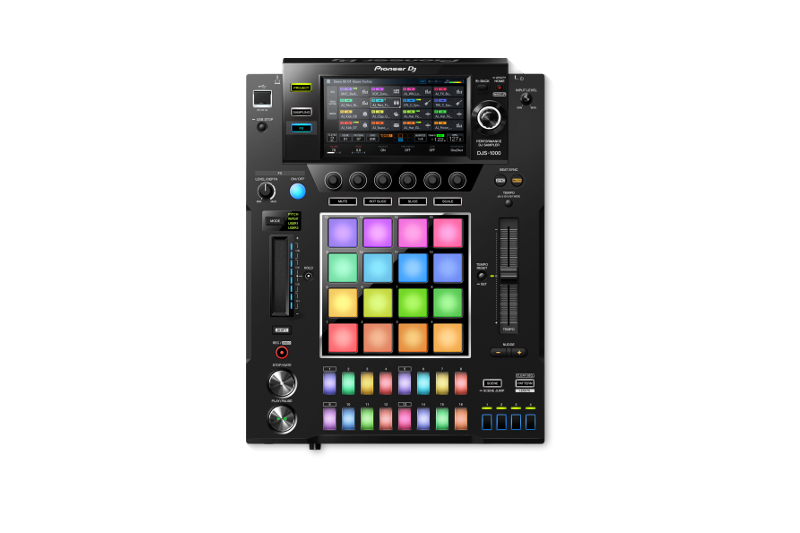 So, instead of a platter in the middle for cueing up tracks, there’s a grid of 16 large, velocity-sensitive pads for playing samples. At the bottom is a 16-step sequencer that you can use to program rhythms during your set and on the left is a touch strip (like those found on NI’s Maschine controller) for doing things like pitch bends and drum rolls.

The DJS-1000 is able to sync over MIDI to keep things in time, but it also has a “Beat Sync” function that synchronizes the output by beat or bar with any track playing on a CDJ-2000NXS2 or XDJ-1000MK2 using the DJ Link feature. It allows you to sample input sounds (from a turntable for example) to use immediately as individual tracks, which are automatically synchronized to play in a loop.

Of course, you’ll need these specific players to get the most out of the function, and they don’t come cheap – an XDJ-1000MK2 is $1,199. However, if you’re the DJ that has everything and have been looking for a sampler to fit into your setup, the DJS-1000 is at least designed specifically for DJs, and won’t look out of place. It’ll be available later this month for €1,299.