Seeds of change: Fis on his eco-friendly Saplings label that plants 100 trees for every album sold

Experimental producer Fis has been challenging the restrictive structures of drum & bass since 2011, channeling the genre’s gut-churning low-end and collapsing rhythms into bizarre and brilliant new spaces. But this year he announced something even more unexpected – a record label that instead of selling vinyl or cassettes, plants trees. John Twells catches up with the Berlin-based artist to find out the motivation behind an inspiring project.

It’s easy to feel powerless. We’re surrounded by messages, whether they’re hidden amongst culture’s redwoods or weathered into the bedrock of current affairs, that persuade us we can’t make a difference. Everything’s fucked, so why bother? There’s always mindless consumption to fill the void left by lack of purpose, after all. But Kiwi producer Oliver Peryman (aka Fis) has hope and he’s not afraid to share it.

“I sometimes wonder what it would be like if I just put earbuds in, shut out all dialog and just watched people’s deeds,” he says calmly. Peryman’s muted New Zealand accent aids his sincerity. “Then it would be virtually clear whether or not the health of your surroundings was improving due to people’s actions, ‘cause they could never sell me any hype.”

Peryman’s new record label, Saplings, will not produce vinyl or cassettes or CDs or USB sticks and it won’t make t-shirts or zines or posters. The label’s physical format is the planting of trees: with each album sale, at least 100 trees will be planted; 10 albums sold creates a forest of 1000 trees. “Are there more trees in the ground or not because of us,” he says plainly and without nuance. “It’s either yes or no, and I’d rather it’s yes.” 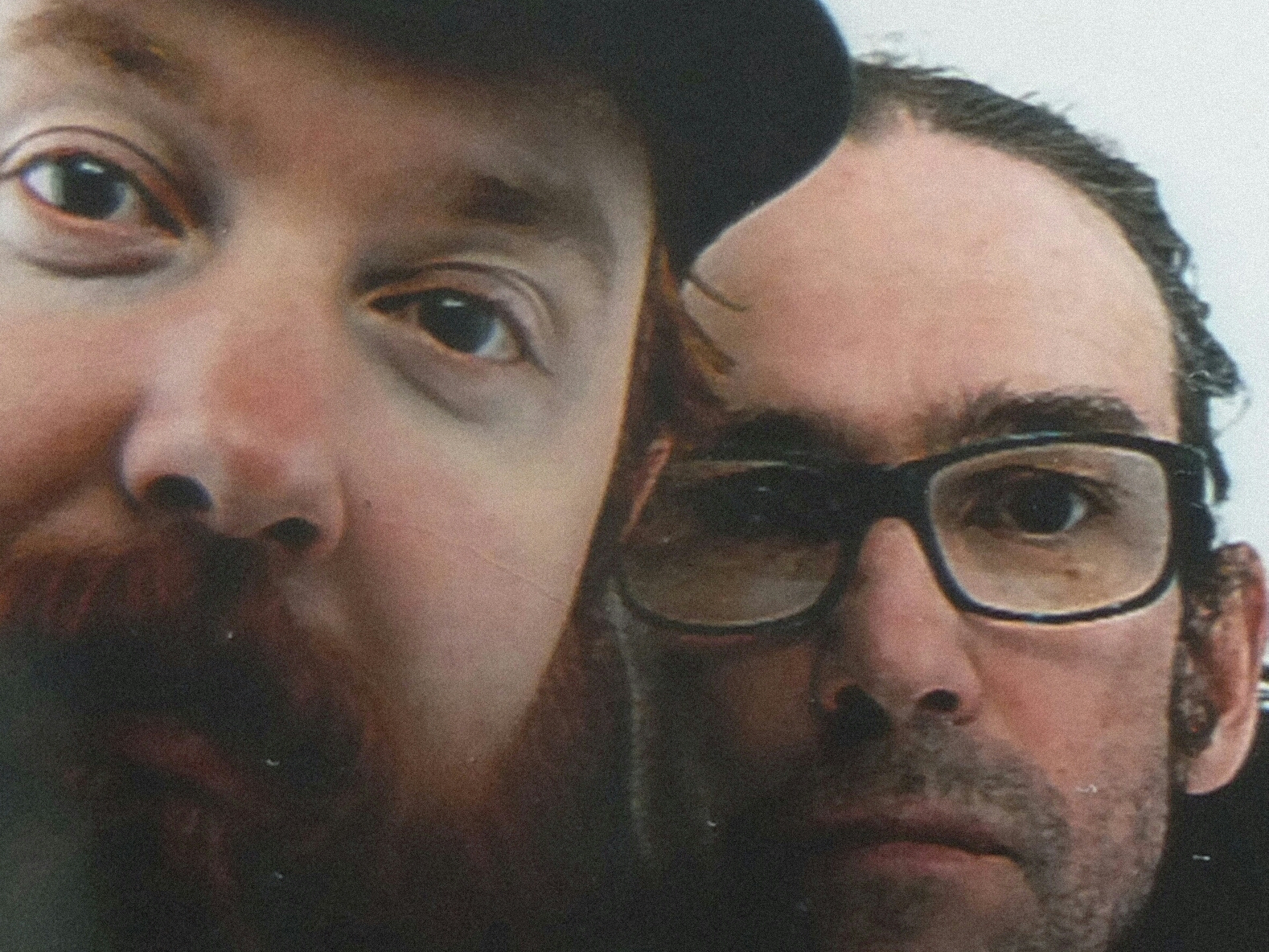 “There’s no situation where hope is inappropriate.”

It sounds simple because it is. Peryman is addressing something observable – climate change and habitat loss – by doing something practical and tangible. Assisting him with the mammoth task is The Eden Projects, a nonprofit organization that plants millions of trees each year on the behalf of its network of donors. The idea is that by recreating forests, the project will not only help in the struggle against climate change but offer employment, empower communities and restore hope.

“Hope belongs everywhere,” Peryman assures. “That’s just a really simple way of putting it for me. There’s no situation where hope is inappropriate.” My nurtured cynicism prickles at the concept but Peryman’s resolve is infectious. “There’s an apathy, a numbness, a sense of ‘am I even alive? Does it even matter?’ but sometimes what that actually is, is unrecognized enlightenment.” I almost believe him. “And then as soon as the thing comes along that you know in your gut is something to commit to it’s like, ‘OK let’s go’.”

Numbness is almost a global norm right now, but even in the face of divisive populism and the disquieting surge of right-wing extremism, Peryman is confident that individually and collectively, we can all make a difference. “I think an interesting example is another group working with The Eden Projects, they’re called the Trump Forest,” he adds. “They’re just planting trees while Trump is in office. It doesn’t matter that he doesn’t believe in climate change, we’ll just do it – we don’t need him to believe in it. We’ll do it.” 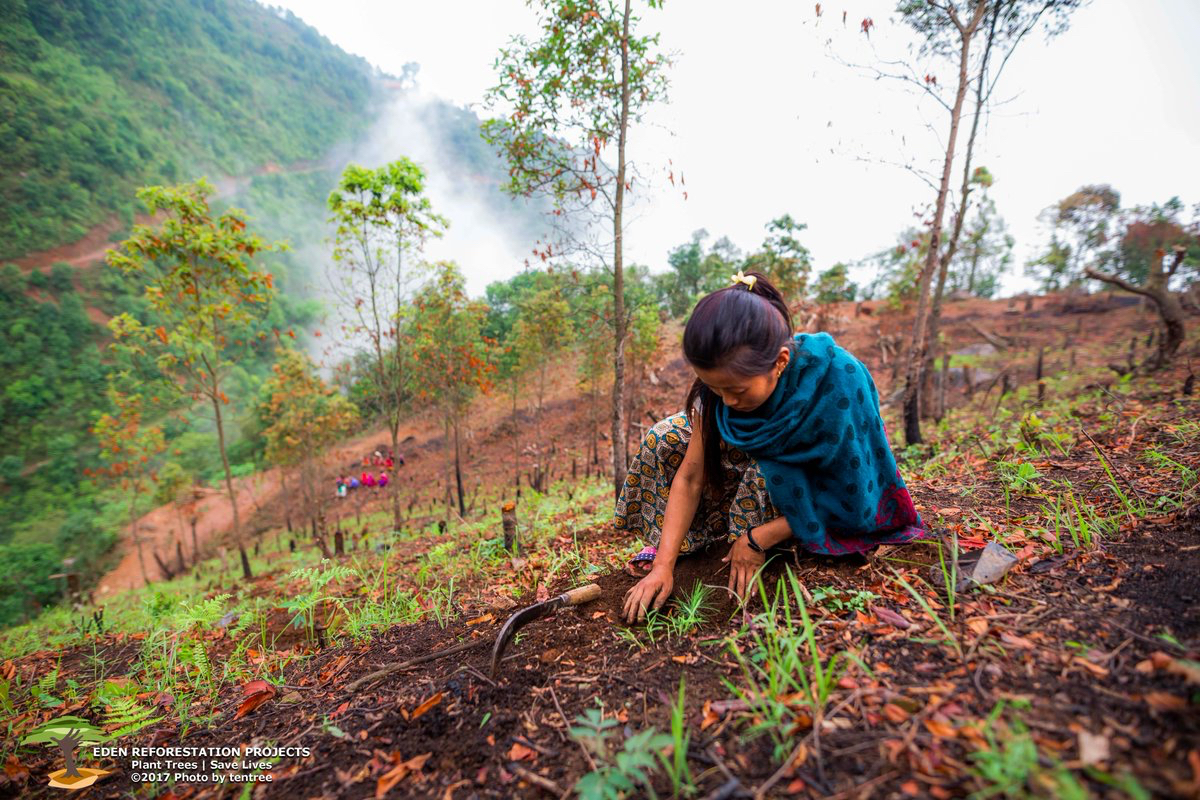 “It doesn’t matter that Trump doesn’t believe in climate change, we’ll just do it.”

The concept of conservation is very dear to Peryman. His brother runs a network of urban farms in Christchurch city and the producer has been involved as much as he can. “They bring in young people who need to do something different and could do with some relationships with older people that are supportive as well,” he explains. “They pay them, it’s work experience and they just talk and work. But the whole idea was just – is this going to concretely in a real actual way, going to move the city towards a more ecologically viable situation.”

Working towards a system that encourages collaboration and sustainability is the core message of Saplings. Announcing the label via Twitter, Peryman wrote that he sees it as an earthing rod – “a conduit for musical energy to return to the planet” – and doesn’t intend for the concept to be exclusive. “If these thoughts resonate,” he writes. “If you can adopt, adapt or improve on it please reach out or just go for it.”

It’s a sentiment that reminds me of African-American cultural critic bell hooks, who wrote in Belonging: A Culture of Place, “When we love the earth, we are able to love ourselves more fully.” bell hooks has been a defining influence on Peryman over the years (“she changed my life”) and her use of language was crucial in establishing the message behind Saplings. “Simple language,” he says. “But she always has the most advanced points in her field.”

“As strange as it might be to say this, I think everything’s going to be OK.”

bell hooks was the inspiration for Clear Stones, Peryman’s acclaimed album with Mauri sound healer Rob Thorne. “A clear stone is a simple word that has all of its concept and all of its energy, its actual bodily energy,” Peryman says. “And the effect on the body when it’s spoken and heard is just very unequivocal but freeing. And emancipating.” It’s fitting then that the first release on Saplings is a continuation of this unique collaboration. Called Ngā Parirau o te Kārearea (meaning “The Beating Wings of the Falcon”) the brief (and modestly priced at only $4) EP builds on the airy sound of its predecessor, adding waves of near-choral drone that underpin Thorne’s unmistakable instrumentation.

Looking further into the future, Peryman will release a Fis solo album and a record from his close friend PYUR (“she’s next level, as a human”) and he’s excited about finally having an outlet for material that never made sense under the Fis moniker. “I’m going to piss around and have some fun with a lot of aliases,” he laughs. “There are other ideas I wanna express and they’re just sitting around as I haven’t had much of a realistic outlet yet. So now that I’ve got my own platform, just stuff that’s made purely for the hell of it, you know.”

His confidence and clarity is rare and our conversation genuinely leaves me feeling a little more positive about the future. This isn’t grandstanding or virtue signaling and neither is he commodifying activism; Peryman is simply doing what he can and encouraging us to examine how we can reconnect with an ailing planet. “As strange as it might be to say this, I think everything’s going to be OK,” he assures, gently. “I’m going to have faith that everything will be fine because I’m just going to personally do everything in my power to make sure it is.”

John Twells is FACT’s managing editor. Find him on Twitter.