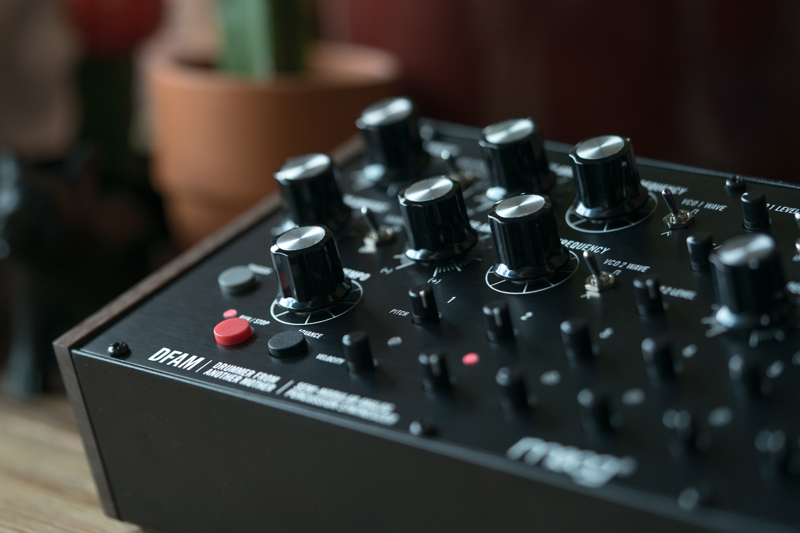 Moog‘s first product of 2018 probably isn’t what you’d expect from the Asheville company. Drummer From Another Mother isn’t a synth but a drum machine, the commercial version of a limited DIY kit that was available to Moogfest attendees last year.

Moog is calling the DFAM an “analog percussion synthesizer” as opposed to just a simple drum machine. It’s the second member of its Eurorack family of instruments, which launched in 2015 with the Mother-32 semi-modular synthesizer, though it also functions as a standalone unit.

Like the Mother-32, the DFAM is marked out by a 24-point patchbay that allows it to be patched to itself, a Mother-32 or other Eurorack modules. However, it also features a standalone sequencer if you’re daunted by patch cables or don’t have the cash to expand into modular.

Each DFAM will include some Moog patch cables in the box and will cost $599. That’s a little more than Roland’s TR-08 drum machine, but you’re getting a real analog engine with Moog’s instrument and extensive Eurorack patching capabilities.