Arturia’s first new product of 2018 is here, and it’s a new version of the MiniBrute. The MiniBrute 2 looks a lot like the original (which was released in 2012), with the addition of a 48-point patch bay for creating unusual sounds or plugging into a Eurorack modular synth.

It isn’t the first time the French company has experimented with patch bays on its hardware synths. The MicroBrute – released in 2013 – has its own very limited bay for modulation, while its high end MatrixBrute has a huge grid matrix that can be used for signal processing.

However, the MiniBrute 2 looks as if it could be the ideal compromise between the affordability of the $299 MicroBrute coupled with the functionality of the MatrixBrute – without the $1,999 price tag. According to Synthtopia, the MiniBrute 2 is expected to retail for €649/$649 when it launches in February. 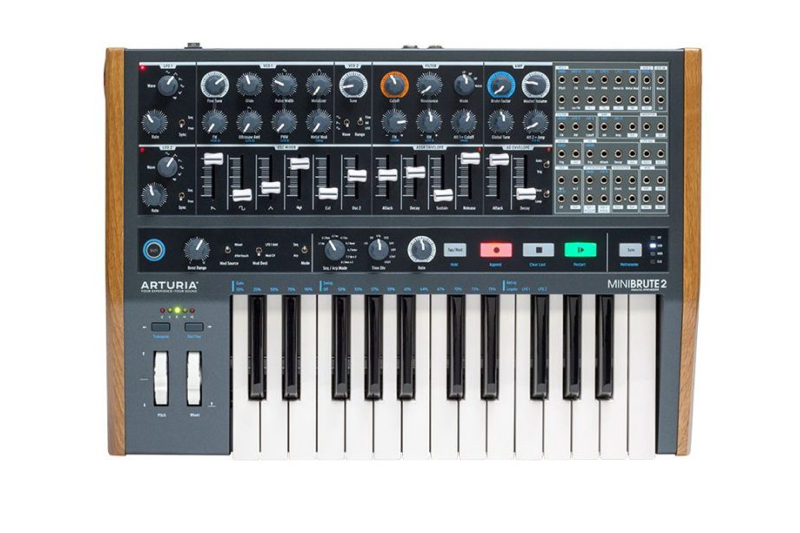 Under the hood, the analog MiniBrute looks even more powerful than its predecessor, packing in two oscillators with waveform mixing, a multi-mode Steiner Parker filter and Arturia’s own Brute Factor feedback circuit, which should give it the aggressive sound quality the Brute family is known for.

In addition, the synth features LFOs, ADSR and AD envelopes, and a hybrid step-sequencer and arpeggiator inherited from Arturia’s Keystep devices. It also has 25 full-size velocity sensitive keys with aftertouch, adding pitch and modulation wheels not found on the original.

Arturia’s promotional video for the synth also touts a new feature called Arturia Link, which appears to be a way of connecting synths without the use of MIDI (not to be confused with Ableton Link). Watch it below.