Arturia claims it’s “the most powerful analog synthesizer ever created”.

Arturia has revealed the latest addition to its family of analog synths: the MatrixBrute.

Unlike the French company’s recent “Brute” synths, which have been at the smaller, more affordable end of the spectrum, Arturia claims the MatrixBrute is “the most powerful analog synthesizer ever created”.

The synth has a semi-modular design complete with “modulation matrix”, that allows you to route any of 16 modulation sources to 16 modulation destinations. Unlike most modular systems, the MatrixBrute allows you to save your sounds in its 256-strong patch memory, and the “matrix” also functions as a 64 step sequencer.

The massive 49-key synth includes true analog effects like chorus, delay and flanger, and features 12 CV inputs and 12CV outputs for routing other modular gear into the system. Unfortunately for those hoping for polyphony like Korg’s new Minilogue, the MatrixBrute is only has monophonic and duophonic modes.

There’s no indication yet when the MatrixBrute will be released or how much it will cost, but given that it looks like a Moog Voyager on steroids, expect it to be expensive. 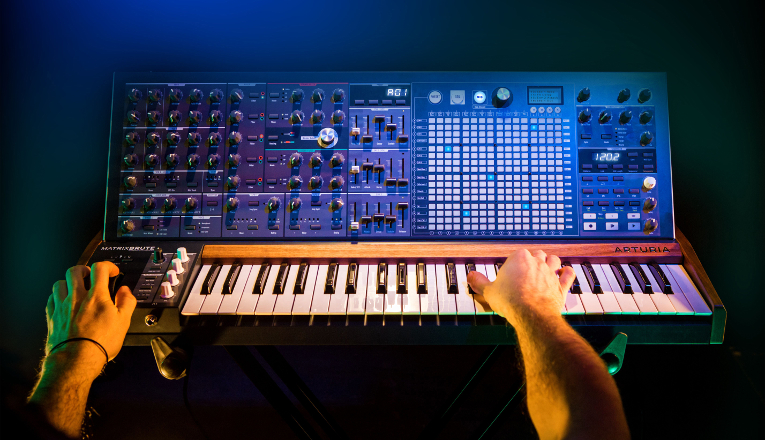 Read next: Arturia’s Beatstep Pro doesn’t just liberate your machines from Ableton, it might replace it