Initially leaked last week via a number of posts on social media, the Korg Minilogue has now been confirmed to be a four-voice polyphonic analog synth, though the price is far less expensive than some might have expected.

As Synthtopia reports, the Minilogue also features a 16-step polyphonic note and motion sequencer, a fairly unusual feature for a synth that Korg has confirmed will cost just $499.99.

Users can also choose how each of the Minilogue’s four voices are configured, with modes including polyphonic, duophonic, unison and the ability to play chords with just one note.

In addition to an arpeggiator, delay and extensive physical controls for shaping the Minilogue’s sound, it features an OLED display with real-time oscilloscope, which provides visual feedback on waveforms as they’re crafted.

The Korg Minilogue will be on show at next week’s NAMM show in California, and is scheduled for release on January 21. You can see the keyboard in action via a video from US retailer Sweetwater below. 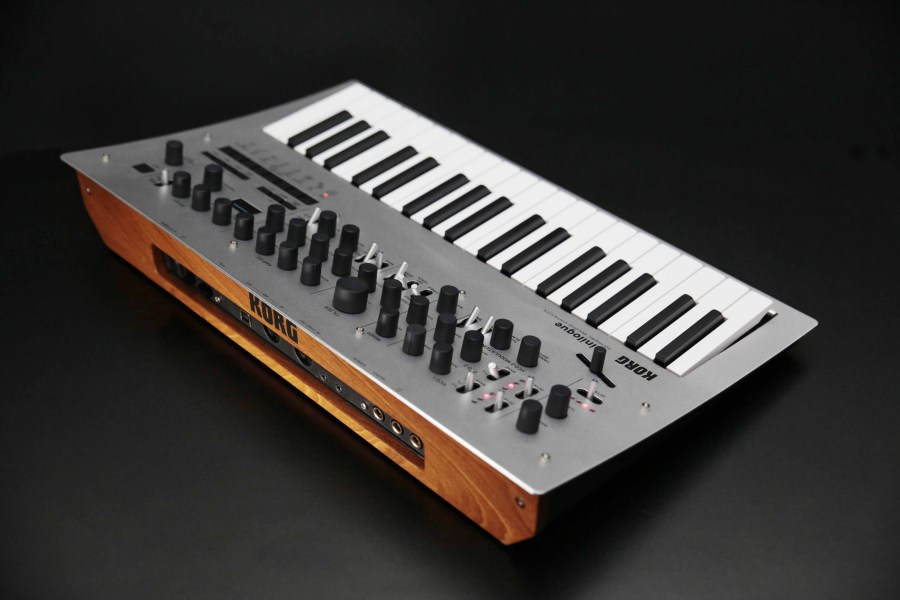