Arturia’s Beatstep Pro doesn’t just liberate your machines from Ableton, it might replace it

Only a decade ago, Arturia’s Beatstep Pro would have been unthinkable.

Back then, a hardware sequencer wouldn’t just have been dismissed as an anachronism, it would have been tantamount to commercial suicide unless you were a tiny boutique company making a limited run. The increase in affordable synths and drum machines from Korg, Roland and Arturia however has created an opening for a sequencer that’s equally as reasonably priced. After all, there’s no point in moving away from producing with your laptop if you have to plug everything back into it just to have Ableton play basslines and rhythms over MIDI.

The Beatstep Pro follows Arturia’s original Beatstep, a basic sequencer and controller that offered a means to connect your synths and drum machines over MIDI and control voltage. With the means to only control one device at a time though, it was still a long way from being a brain for everything you’d need to compose the basics for a track or performance. The Beatstep Pro is much the same device, with a low profile, knobs and velocity-sensitive drum pads, but adds a further two sequencers, allowing you to hook up a drum machine and two synthesizers, and have each sequence play at the same time. It’s light, portable and comes in at under £200, which is unbelievably inexpensive for what it offers.

The Beatstep Pro’s connection options are vast to say the least. As well as MIDI it has two dedicated sets of CV inputs and gate connections. What this means is that as well as playing with modern, digital gear like Roland’s AIRA range, you can connect vintage or contemporary analog equipment – anything from a TR-808 or Vermona Perfourmer to a Eurorack system or Minibrute. If you’re connecting several devices via MIDI you can change the channels each sequence transmits on using the enclosed MIDI Control Centre software, but you might need to use an additional MIDI thru device if your equipment doesn’t let you chain them together. It’s everything you need not just to liberate your machines from Ableton, but replace it if you want to.

The Beatstep Pro achieves this with the aid of a vast internal memory. You can save up to 16 projects, each of which lets you store 16 patterns of up to 64 steps in each of the three sequencers. This provides over 4000 possible combinations per project, which is a fairly staggering amount considering the meagre memory options of most contemporary hardware. You can switch between patterns on the fly, and as long as you can conquer the relative lack of visual feedback and remember what number stores the pattern you need, you can control your devices without needing to store anything on a computer.

Creating sequences is easy too, and for the most part can be done without needing to delve too far into the instructions. Laying down a pattern is as easy as hitting record and playing the note pads, or holding a step button down and pushing the note you want to include. There are clear controls for randomness, swing and probability, each of which can be applied to the whole project or a single sequence, allowing for some outlandish compositions. There’s a touch strip for looping and drum rolls, and if you wish, you can use the device as a standard MIDI controller.

Though the device itself is easy, getting to this point takes a bit of work. It needs at least three pieces of gear to make it worth your while, and connecting them together can seem like a bit of a dark art if you’re not well versed in the language of MIDI and control voltage. This is probably the Beatstep Pro’s main weakness: as well designed as it is, and as enjoyable as it is to lay down sequences, it’s still dependent on a number of archaic electronic communication systems that still give people headaches decades after their invention. If the Beatstep Pro is your first sequencer, expect to spend a while Googling how-to guides about MIDI control messages and untangling yourself from cables before you get things working.

The device itself has a few quirks too. As it stands, the Beatstep Pro needs you to manually save each time you input a sequence – if you switch to a different pattern or project without doing so, you’ll lose your work instantly, which can be incredibly frustrating. The main point of contention for some is that Beatstep Pro only allows for the creation of monophonic sequences. Whether this bothers you depends on what kind of music you’re doing to be making. If it’s loop-based techno, it probably won’t make a lot of difference. If it’s complex ambient music, then it’s unlikely to get much use. 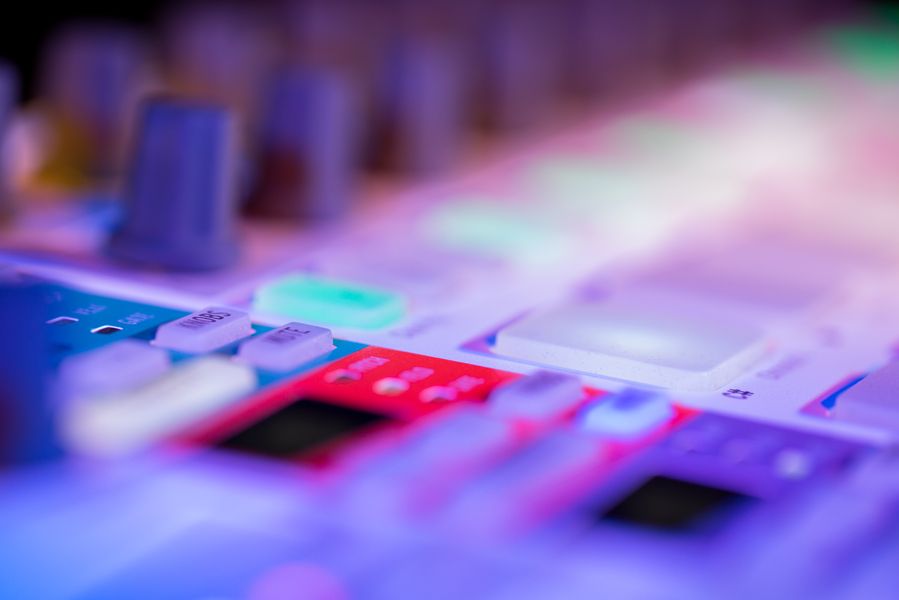 Despite these issues, it’s easy to recommend the Beatstep Pro if you have a collection of hardware and nothing to hook it up to. It’s not just a device that lets you sequence notes in a row, it actively encourages you to treat each note with the kind of respect you probably wouldn’t if you could see it as a red mark on a screen. Each step in the sequence has a knob attributed to it at the top of the device used to modify notes, velocity and gate values, turning the process of sequencing into a sort of game of musical Etch A Sketch. It encourages the same level of care and attention as you’d take drawing a picture with knobs, and once you’ve used this method, even playing notes with a keyboard seems somewhat imprecise. The Beatstep Pro might not seem as exciting as a synth or a drum machine, but it elevates sequencing from the simple generation of patterns into a virtuosic process all of its own.