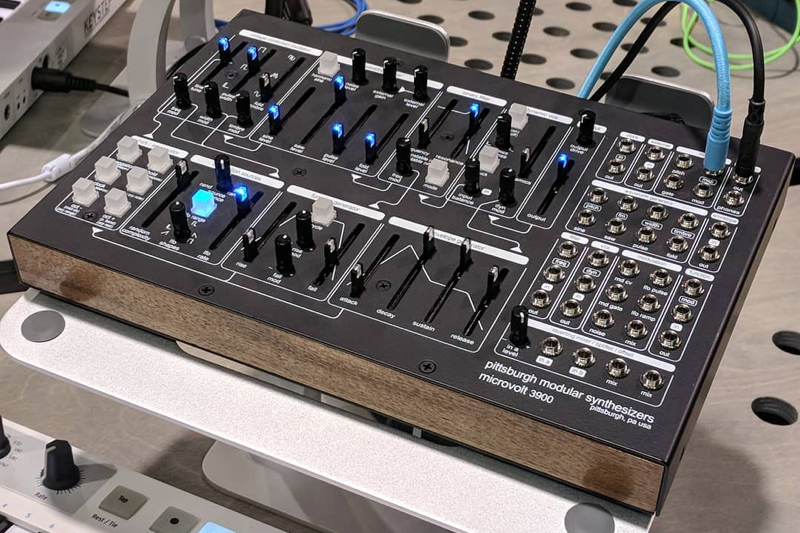 The US company’s new synth has a patch bay for connecting to your modular.

Eurorack specialist Pittsburgh Modular is launching a new semi-modular synthesizer, the Microvolt 3900. Shown off at last week’s NAMM show in California, the compact mono synth has its own 39-point patch bay for CV control but can also connect over MIDI.

According to an interview at Synthtopia, Pittsburgh Modular wanted the Microvolt 3900 to be capable of creating “complex harmonic and textured sounds” but also approachable for newcomers and live performers. The company has also adapted some of its Eurorack modules for the synth’s sound engine.

The Microvolt 3900 is one of several semi-modular synths with patch bays to have been announced over the past few weeks: Arturia’s MiniBrute 2, Behringer’s Neutron and Moog’s DFAM have all been designed with the ability to connect external analog gear in mind.

Pittsburgh Modular will release the Microvolt 3900 in March or April for $629 – $70 less than 2016’s Lifeforms SV-1, which can fit in a Eurorack system or be used as a standalone unit.