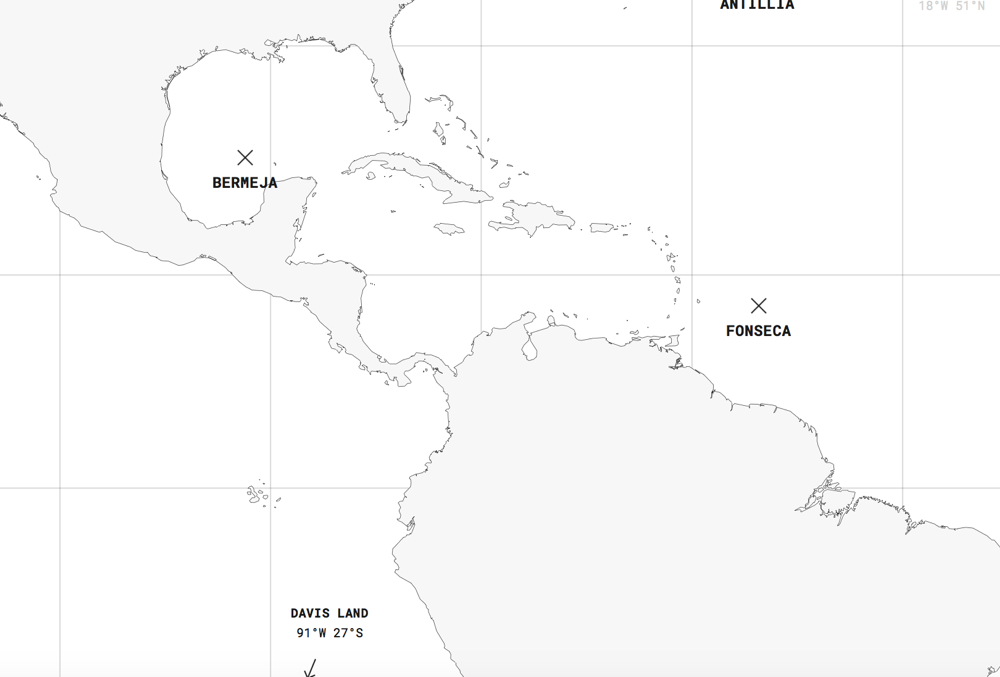 Go on an audio cruise of 27 islands never proven to have existed.

Berlin-based sound artist Andrew Pekler has created an interactive online map called Phantom Islands, which combines the histories of islands that were once found on nautical maps with speculative sounds from each of the 27 locations.

“Phantom Islands are artifacts of the age of maritime discovery and colonial expansion,” Pekler writes. “During centuries of ocean exploration these islands were sighted, charted, described and even explored – but their existence has never been ultimately verified.

“Phantom Islands – A Sonic Atlas interprets and presents these imaginations in the form of an interactive map which charts the sounds of a number of historical phantom islands.”

You can zoom in on individual islands to hear what Pekler describes as their “musical, biophonic and geophonic soundscapes” and click on their names to learn more about their story, or click ‘cruise mode’ to go on an audio tour. Think of it as like an interactive ambient mixtape with an added history lesson.

Phantom Islands – which was was commissioned by the Jeu de Paume gallery in Paris for its Fourth Worlds: Imaginary Ethnography in Music and Sound exhibition – follows Pekler’s 2016 album Tristes Tropiques, an album of “synthetic exotica, pseudo-ethnographic music and unreal field recordings”.