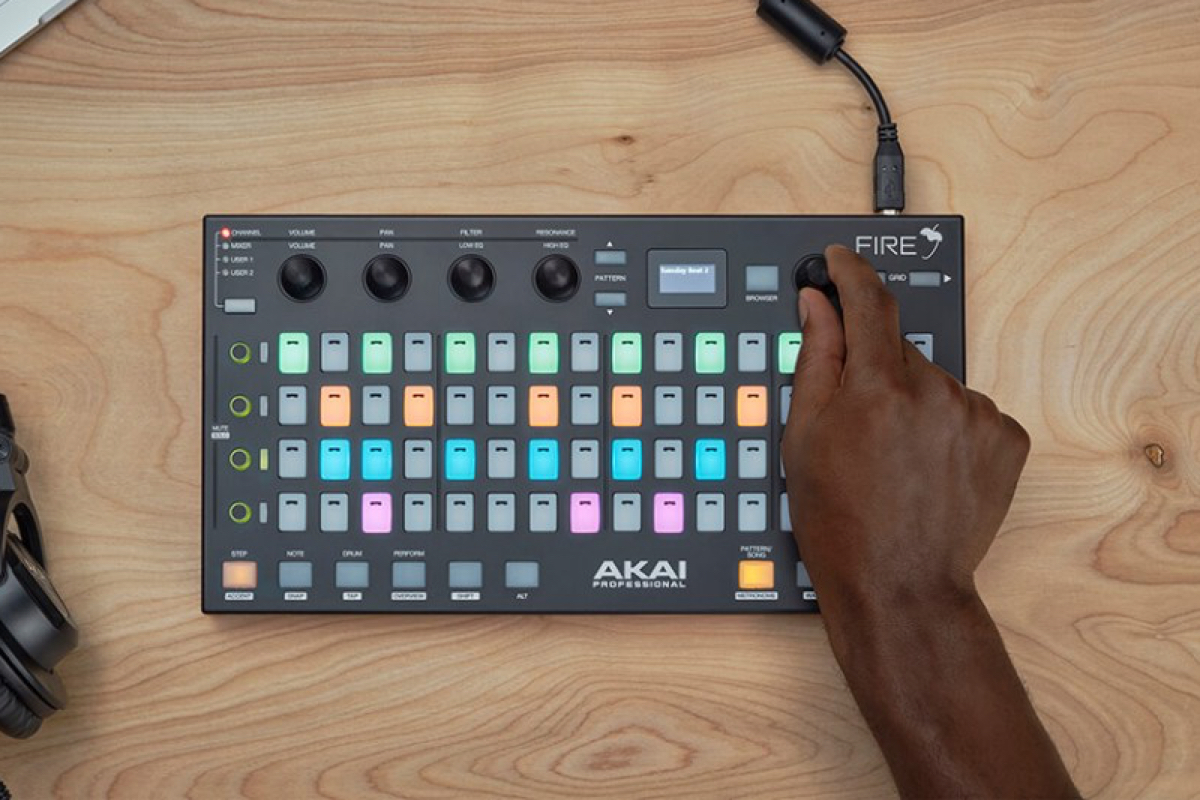 The $199 Akai Fire has been made in partnership with FL Studio developer Image-Line and has four rows of 16 pads designed to resemble the widely-used DAW’s distinctive step sequencer.

Its matrix of 64 pads are reminiscent of NI’s Maschine Jam, and allows beats to be sequenced in a similar way, though the Fire’s velocity sensitive pads give it more potential for finger-drumming.

The controller also borrows the kind of browser functionality found on NI’s Maschine and Ableton’s Push hardware, using a rotary encoder to preview and load both sounds and devices with the aid of an OLED screen.

As with most pad-based MIDI controllers, the Fire has several modes for different styles of play: a note mode for playing chords and melodies, a drum mode for beats and a performance mode for triggering clips.

The Akai Fire also has controls for recording as well as muting and soloing tracks, touch-capacitive knobs for filter, resonance, volume and EQ together with buttons for expanding the grid matrix.

On of the Fire’s unique features is the ability to connect four together at once in a “multi-device mode” that can expand the matrix to eight rows of 32 pads.

The Fire isn’t the first time Akai has partnered with the developer of a DAW to build a dedicated controller. In 2009, it teamed up with Ableton to create what was the first controller for Live, the APC40. Ableton’s first iteration of the Push controller was also built with the help of Akai, though Ableton brought everything in-house when building its successor.

The Fire, which is available now and costs $199, arrives just a few months after the launch of FL Studio 20 – the first edition with native compatibility for both Windows and Mac.

Read next: Yamaha’s new MODX brings the FM synthesizer into the modern era