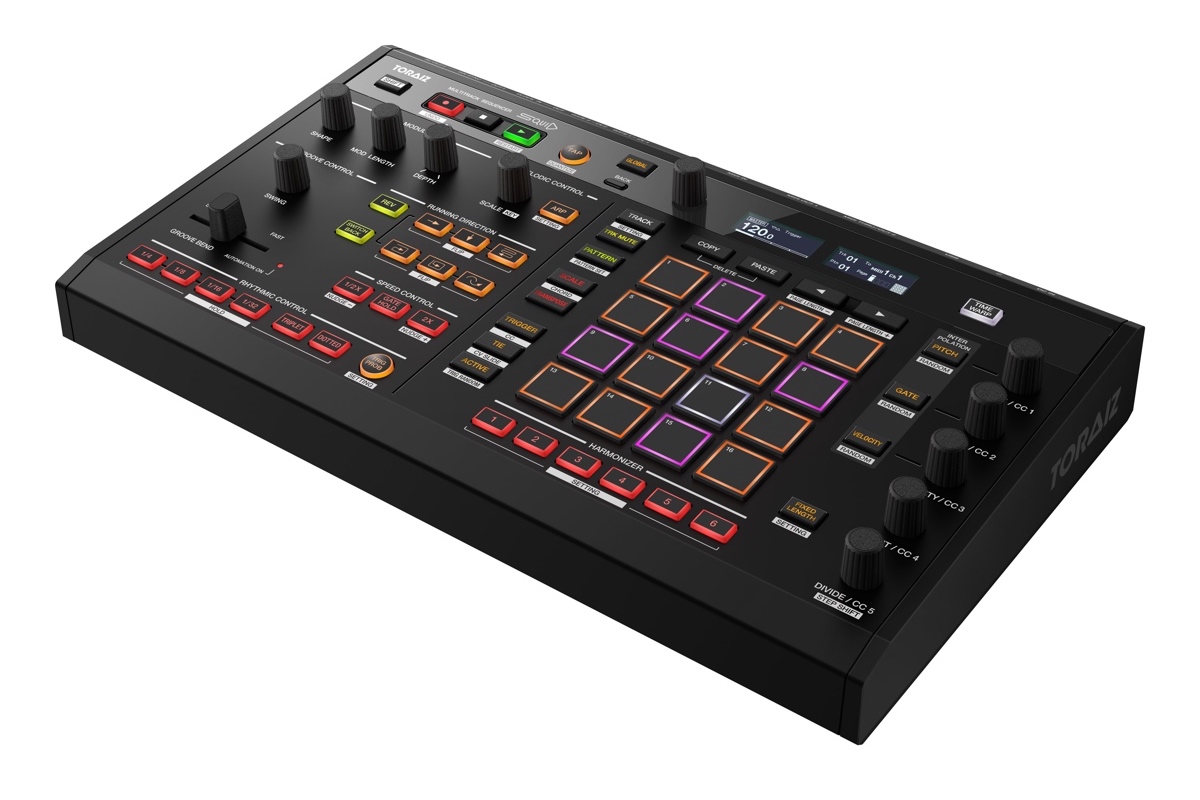 Toraiz SQUID will control all your synths, drum machines and samplers.

Pioneer DJ is moving further into the production hardware market with the launch of its latest product, a 16-track hardware sequencer that costs just $599/£519.

The SQUID (or “SeQUencer Inspirational Device”) is the third entry into Pioneer DJ’s Toraiz range, which launched in 2016 with the SP-16 sampler and continued with 2017’s AS-1 mono synth. It can control up to 16 hardware devices, including MIDI instruments and CV gear like modular synths and vintage drum machines.

SQUID’s control hub is a bank of 16 pads that can be used to switch between different modes, step-record pattens, play chords and add expression, much like Ableton’s Push and NI’s Maschine controllers. However, SQUID has a number of dedicated controls aimed at live sequencing, such as a harmonizer for creating evolving phrases and a “groove bend” slider that changes trigger timing in real time.

Other controls include a “time warp” button for trying out new phrases without losing your previous work, buttons for changing the direction of playback and a “speed modulation” section that modifies grooves by fluctuating playback speed. On the rear, the SQUID’s connections include USB, MIDI in, out and thru, two sets of CV and gate outputs, clock in and out, and two DIN sync ports.

Pioneer DJ’s SQUID isn’t the only hardware sequencer on the market – Elektron’s Octatrack is one of the most popular DAW-free solutions on the market, with Akai’s MPC X offering similar features. However, the SQUID’s $599/£519 price is very competitive when compared to the Octatrack’s $1,399/£1,270 and the MPC X price of $2,199/£1,650.

The Toraiz SQUID will be available at the end of April 2019. Find out more at the Pioneer DJ website.

Read next: Buying a hardware sequencer – What to consider and where to get the best deals