Buying a hardware sequencer: What to consider and where to get the best deals

Standalone sequencers are the best way to automate your synths and drum machines and break free of your laptop. Scott Wilson tells you what you need to know and picks the best sequencers on the market.

Musicians who love gear have never had it so good. Hardware synths and drum machines can now be found to suit all budgets, making it easy to escape the laptop for a more hands-on experience. However, if you want to go truly laptop-free, you’ll need something to send rhythms and melodies to all that gear in your studio, leaving you able to concentrate on expression.

Standalone sequencers used to be difficult to find, but the resurgence of synth hardware and the growing popularity of Eurorack modular systems has brought a fresh wave of devices for synchronising your gear. There’s something for most situations, whether that’s just having fun with a single synth or controlling a whole live setup.

However, choosing a sequencer is an even more daunting task than buying your first synthesizer. Most synths will make a noise straight out of the box, but using a sequencer is more like programming a basic computer. If you don’t know what you want to use it for when you start out, it could end up gathering dust in your studio.

What gear do you need to control?

First of all, take an inventory of all the gear you have and figure out what you want to sequence. If all you want to do is make some simple techno loops with a synth and a drum machine, you probably won’t need a sequencer with lots of outputs.

If you want to make your sequencer the hub for controlling an entire studio, the more outputs the better. You should also make sure the sequencer can send patterns to multiple synths and drum machines at once – some may have a variety of outputs, but won’t be powerful enough for simultaneous control of more than a few devices.

MIDI, CV/gate or both?

There are two ways to sequence your gear: with MIDI or CV/gate. Control voltage (CV) and gate functions have been around for as long as synthesizers have existed, and control pitch and note on/off. MIDI does much the same thing, but sends the commands via digital messages.

MIDI was introduced in 1981 as a replacement for CV that could link multiple synths in the same system, but CV/gate outputs still exist on classic gear like the TB-303. In recent years, the resurgence in popularity of analog synths and Eurorack modular equipment has seen more need for CV/gate outputs.

So, if you’re a modular junkie who doesn’t want to buy a specific sequencer module, you’ll want your sequencer to have CV/gate outputs. If you’ve mainly got modern synths a MIDI-only sequencer will probably be all you need. It’s also possible to get sequencers with both types for anyone with a large gear collection. 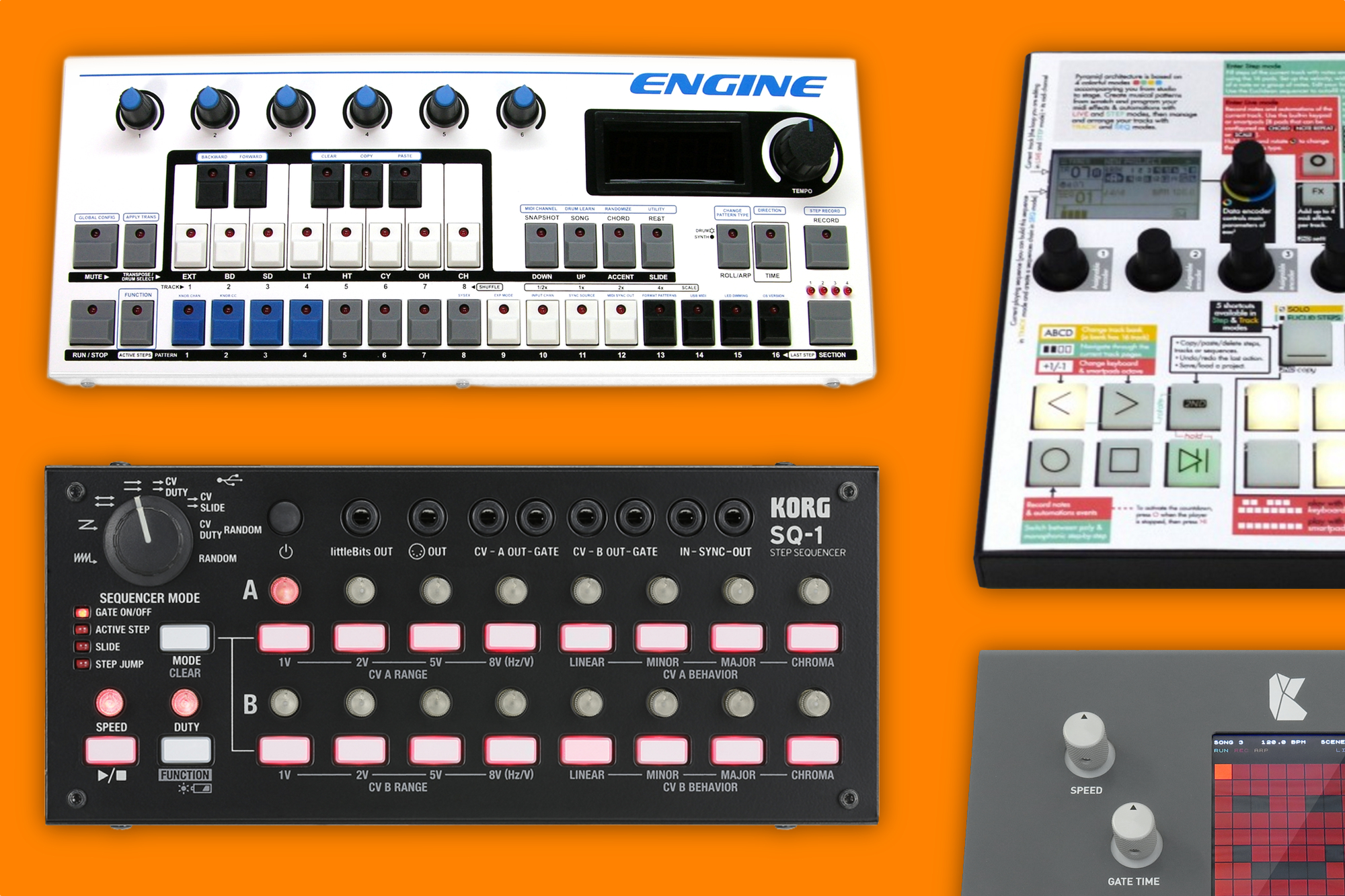 Is it for the studio, or live use?

If you’re mainly using the sequencer for making music in the studio, it’s best to go for something as large as you can accomodate and as feature-packed as you can afford. Moving from a computer to a standalone device can be a steep learning curve, so the more comfortable you are using it, the better.

If you want something to use live, then portability is likely to be a key consideration. However, dependability is just as important: live hardware sets are prone to enough technical problems without having to worry about your control center failing on you just before a gig.

Going down the all-hardware route can be more fun and satisfying than using a DAW, but the learning curve is steep. Things that take a few seconds in Ableton Live can require a lot of menu-diving in a hardware sequencer, which often have small LCD screens (if they have screens at all).

You’ll also need to set aside some time to learn how to use MIDI properly. Even though it’s basic, it’s still a programming language; make sure you have the manuals for all your synths so you have MIDI implementation charts to reference as you set up your gear.

Do you even need a sequencer at all?

Think seriously about whether you need to use a standalone box to sequence your synths at all. Everything a hardware sequencer does can be done with DAWs such as Ableton Live or Bitwig Studio, in some cases easier and faster. Put simply, sequencers are not always the most efficient tools for the job. You can also get a number of sequencer apps that run on iPad and iPhone.

If you really want to get away from the mouse and keyboard but don’t want to lose the flexibility of a computer, a MIDI controller like Ableton Push or Maschine Studio allows you to control hardware via your DAW, with some setting up. The latter now allows you to host some hardware as if it was a plug-in.

However, standalone hardware sequencers are typically more stable and have lower latency than running everything via your DAW – something that’s especially important if you perform live.

7 of the best sequencers for controlling your gear 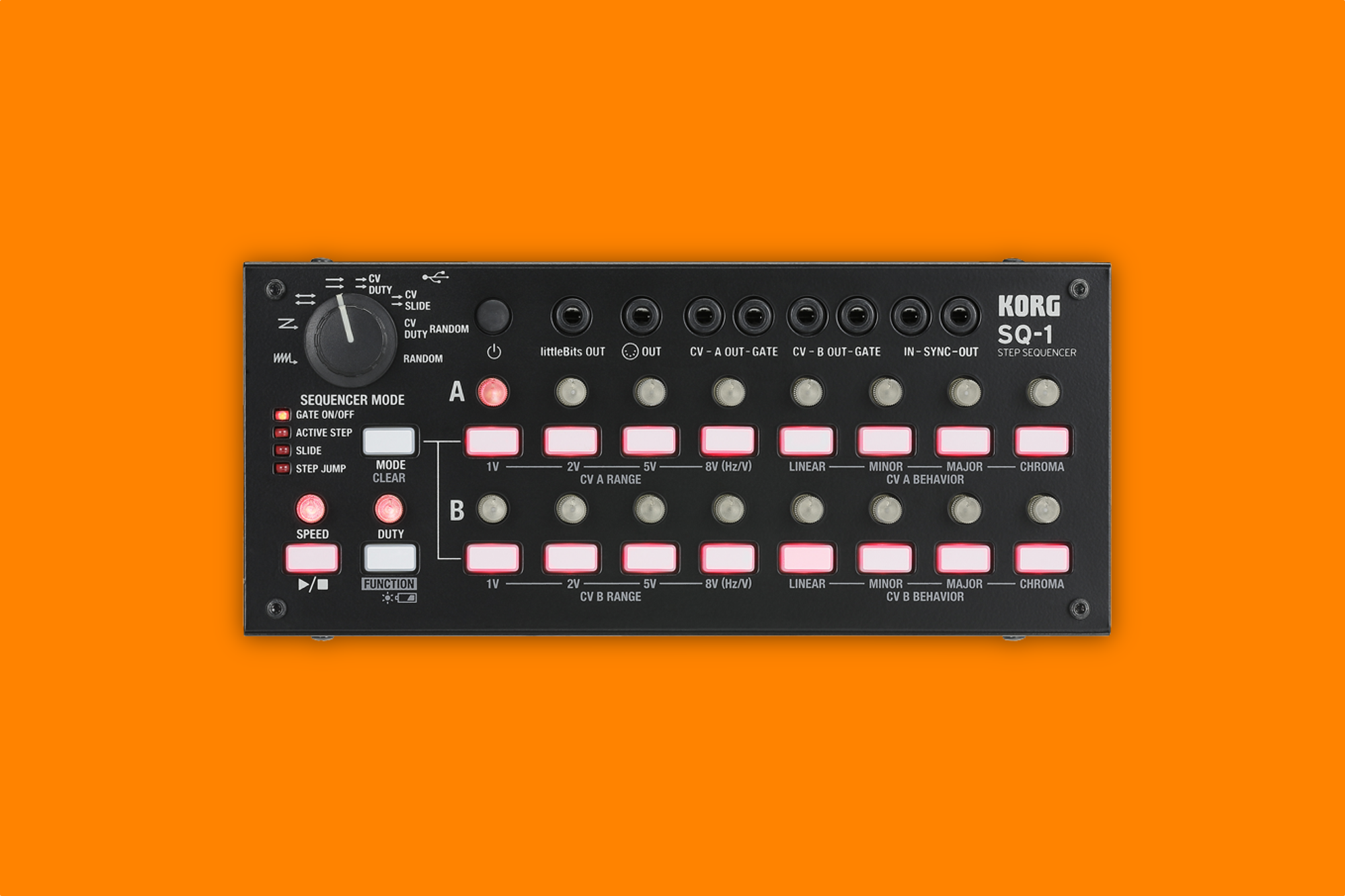 Korg’s SQ-1 is the simplest sequencer you can buy. It’s based on the vintage SQ-10 model that was designed as a partner for the iconic MS-20 synth, but strips things back even further, taking the easy-to-use step sequencer buttons from Korg’s Volca series and knobs for changing notes.

Like its predecessor, the SQ-1 is primarily a CV/gate sequencer, with two CV/gate output channels. However, it also has a MIDI output for connecting to modern gear and Korg’s proprietary sync in/out, which allows Volca owners to chain up to two of the tiny synths without MIDI cables.

However, the SQ-1 is quite limited in functionality. Its two channels can output to two separate devices, but only allows for the creation of two eight-step patterns, or a single 16-step pattern. It’s not nearly enough for complex live shows, but for light improvising and figuring out how a sequencer works, it’s perfect. 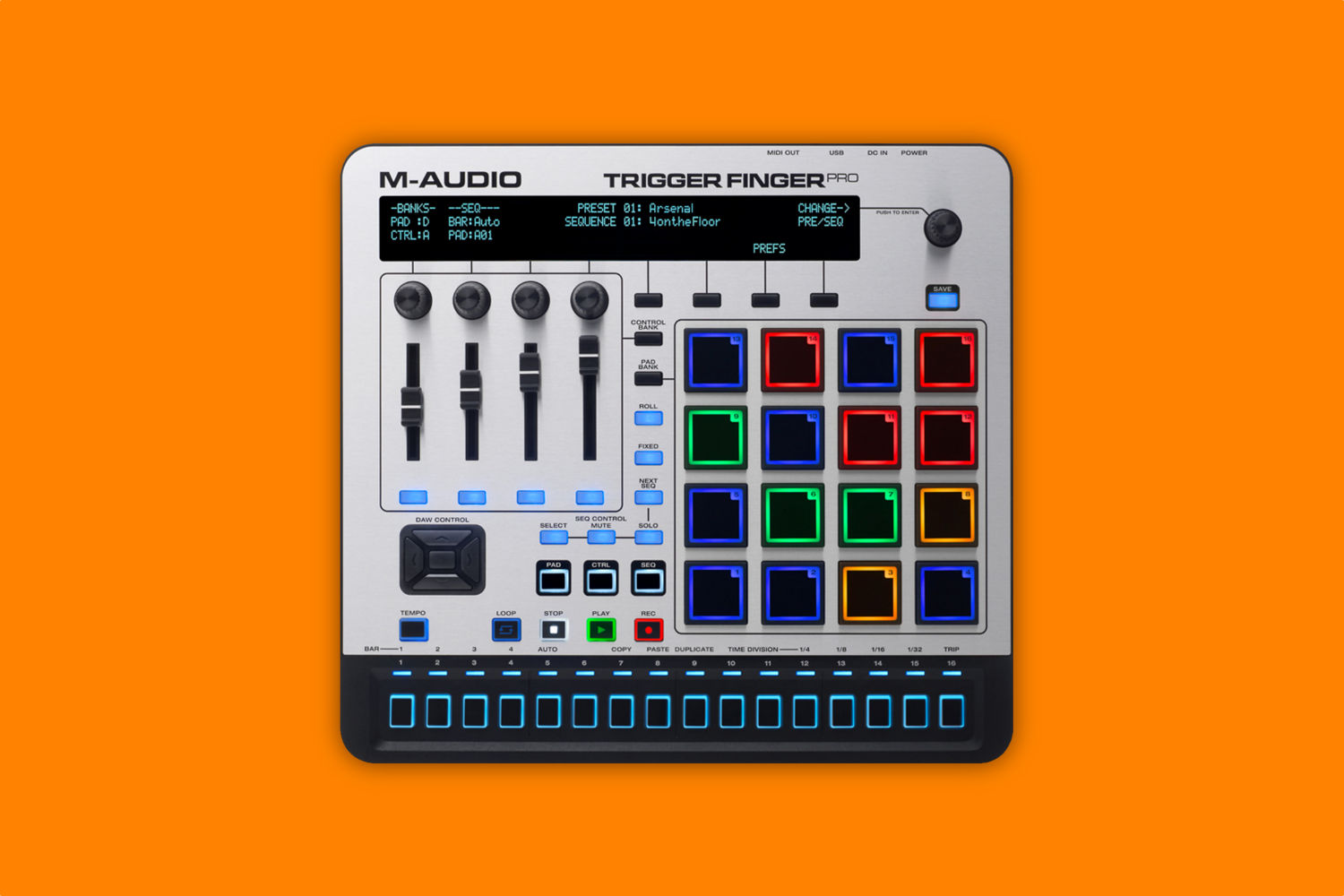 M-Audio’s Trigger Finger Pro looks and behaves a lot like NI’s Maschine, but has one key difference: it can run without a computer. It’s sold as an all-in-one beatmaking tool with its own Maschine-style software, but it it also has a standalone mode that allows you to sequence hardware.

As this is primarily a controller for using software, the MIDI sequencer isn’t quite as powerful as that found on more dedicated models, but the 64 steps give you more room to create interesting, evolving patterns that Korg’s basic SQ-1. It appears to have been discontinued, but it’s relatively easy to pick up a bargain on eBay. 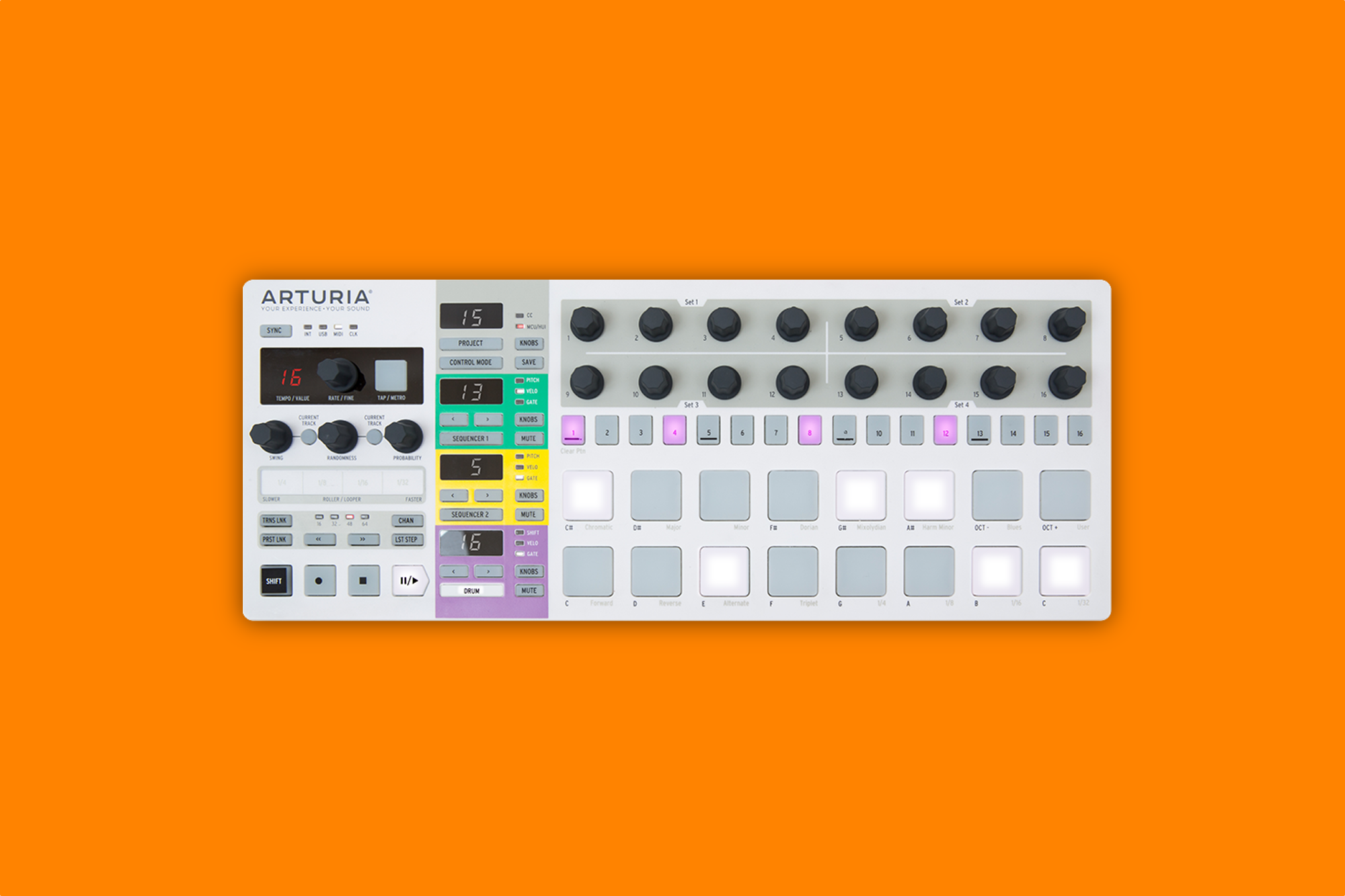 Arturia’s BeatStep Pro does a lot for its size. It’s no wider than a laptop, but has two independent melodic channels and one to dedicated to drums, making it ideal for both small studios and taking to a gig. The drum pads and hands-on knobs also make it a great tool for live performance.

The BeatStep Pro has an incredible number of connections. Standard MIDI is included if you want to chain a few devices together, but if you own analog gear then each channel has all the dedicated outputs you could possibly need: velocity, pitch and gate on the melodic channels and individual gates for each drum.

Arturia has also given provided plenty of on-board memory for storing long patterns (up to 64 steps each) as well as space for 16 projects. The main drawback with the BeatStep Pro is that it’s only a monophonic sequencer, but it’s the perfect option if you’re thinking about ditching the laptop but aren’t totally sure if you could live without it. 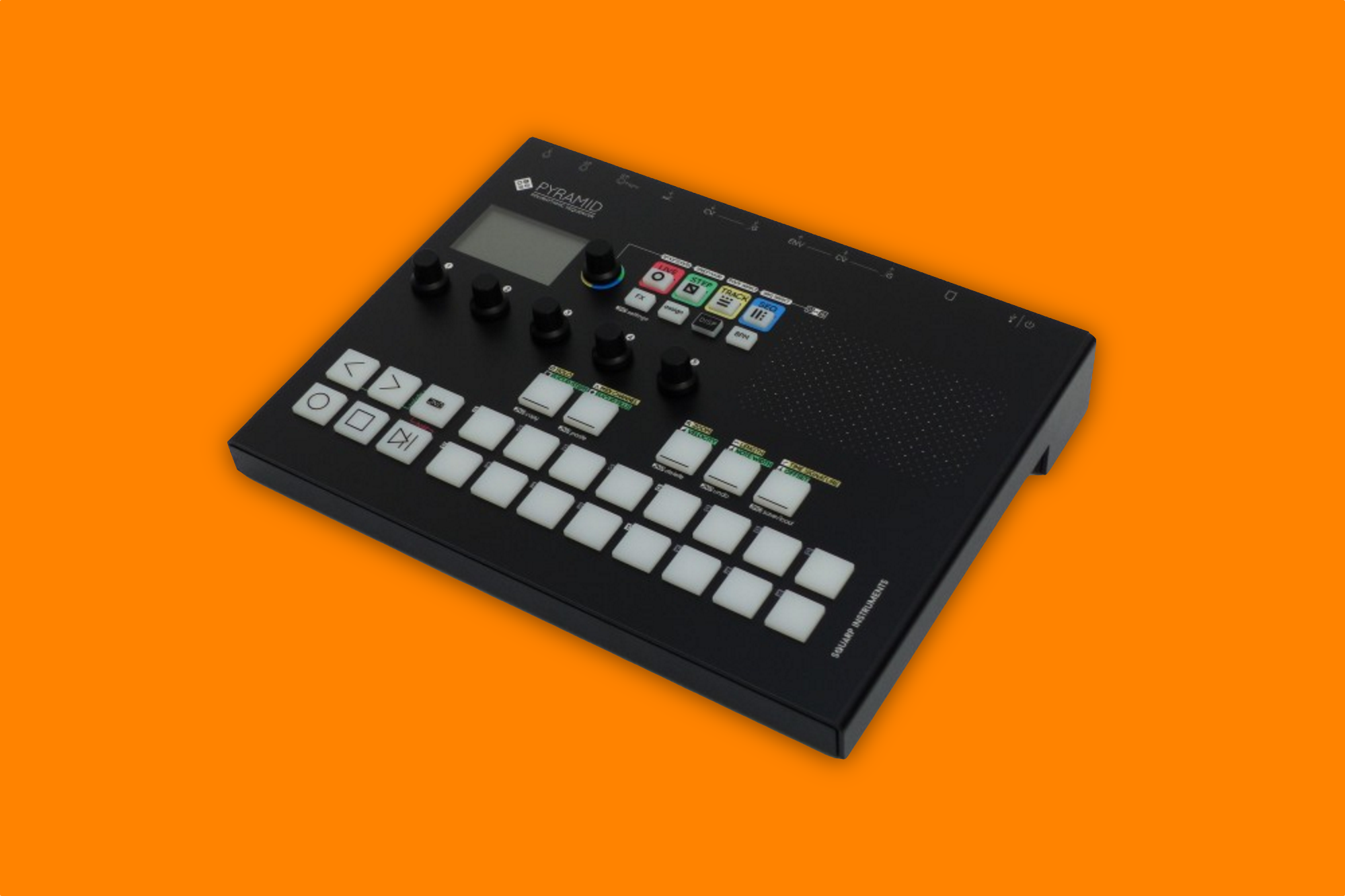 Squarp’s Pyramid is a sequencer that’s been built with the needs of the modern musician in mind. It’s small enough to throw in a bag for a gig, but it’s got two separate MIDI outs, lots of CV/gate ins and outs and the ability to send patterns to 64 tracks (if, for some reason, you need to control 64 synths at the same time).

What sets the Pyramid out is how advanced its sequencing options are. Unlike the Beatstep Pro, you can use it to create polyphonic sequences, meaning chords can play at the same time as melodies. There’s also a setting for polyrhythms that’ll liven up any drum machine.

All of this complexity comes at a cost though: Squarp’s operating system is very advanced but also very complex. Don’t expect to be able to use this thing straight out of the box, but if you want all the power of a DAW and you’ve got time to learn how it works, the Pyramid is incredible. 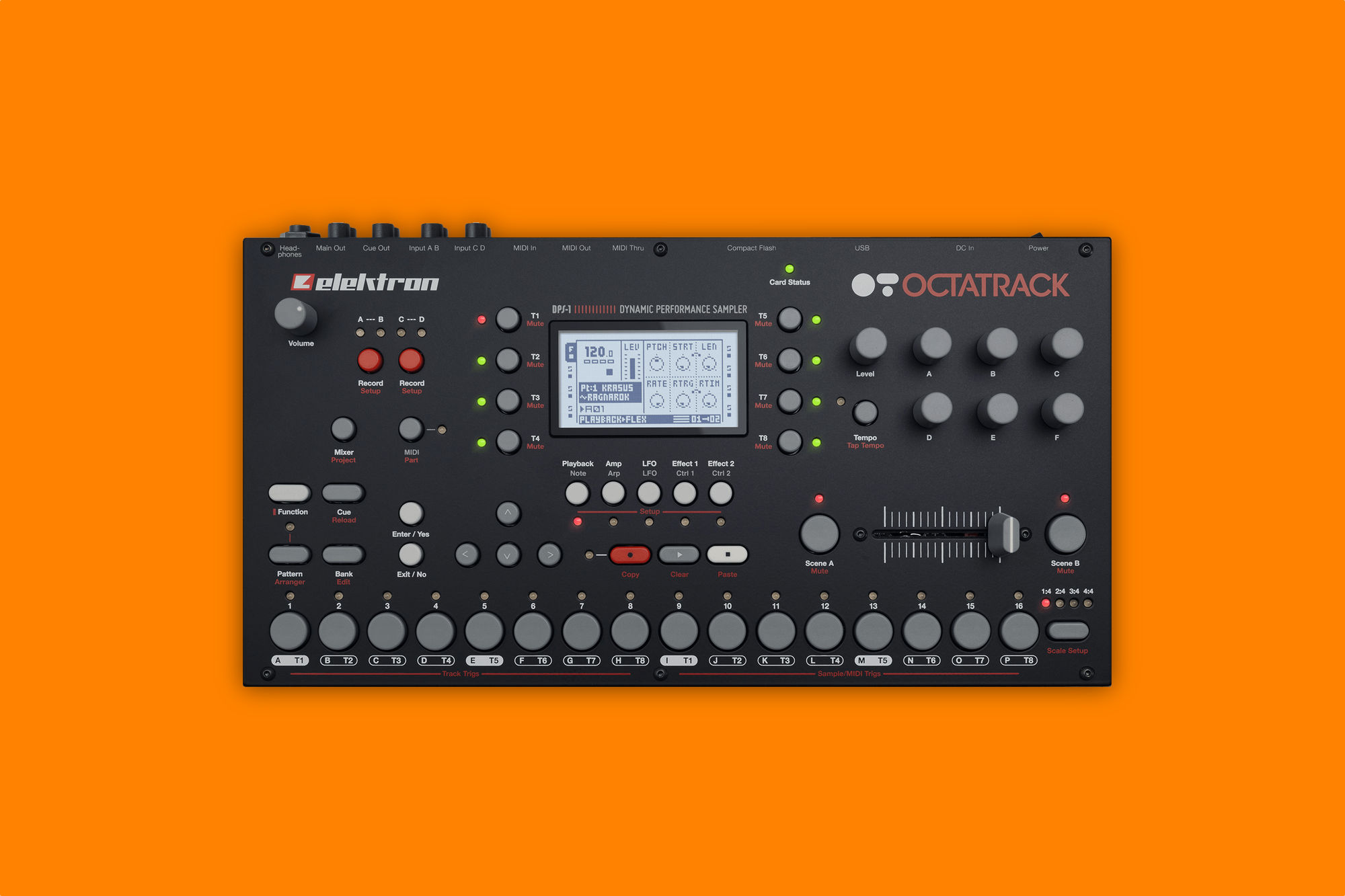 Elektron’s Octatrack isn’t a sequencer – it’s a sampler. However, it’s become one of the most popular devices for electronic artists who don’t want to use a laptop when they play gigs, thanks to its ability to control up to eight channels of MIDI simulaneously.

Like Squarp’s Pyramid, the Octatrack has a lot of depth: you can set individual track lengths and individual time signatures for tracks. However, it can only output monophonic sequences, so if you want to play chords you’ll need to do that the old-fashioned way.

Despite lacking a few features found on more modern sequencers (the Octatrack was released in 2010) it’s one of the most dependable pieces of hardware you can buy, and its sampling engine adds lots of extra possibilities other sequencers don’t. If it lasts as long as Elektron’s Machinedrum, it’ll be around for a while yet. 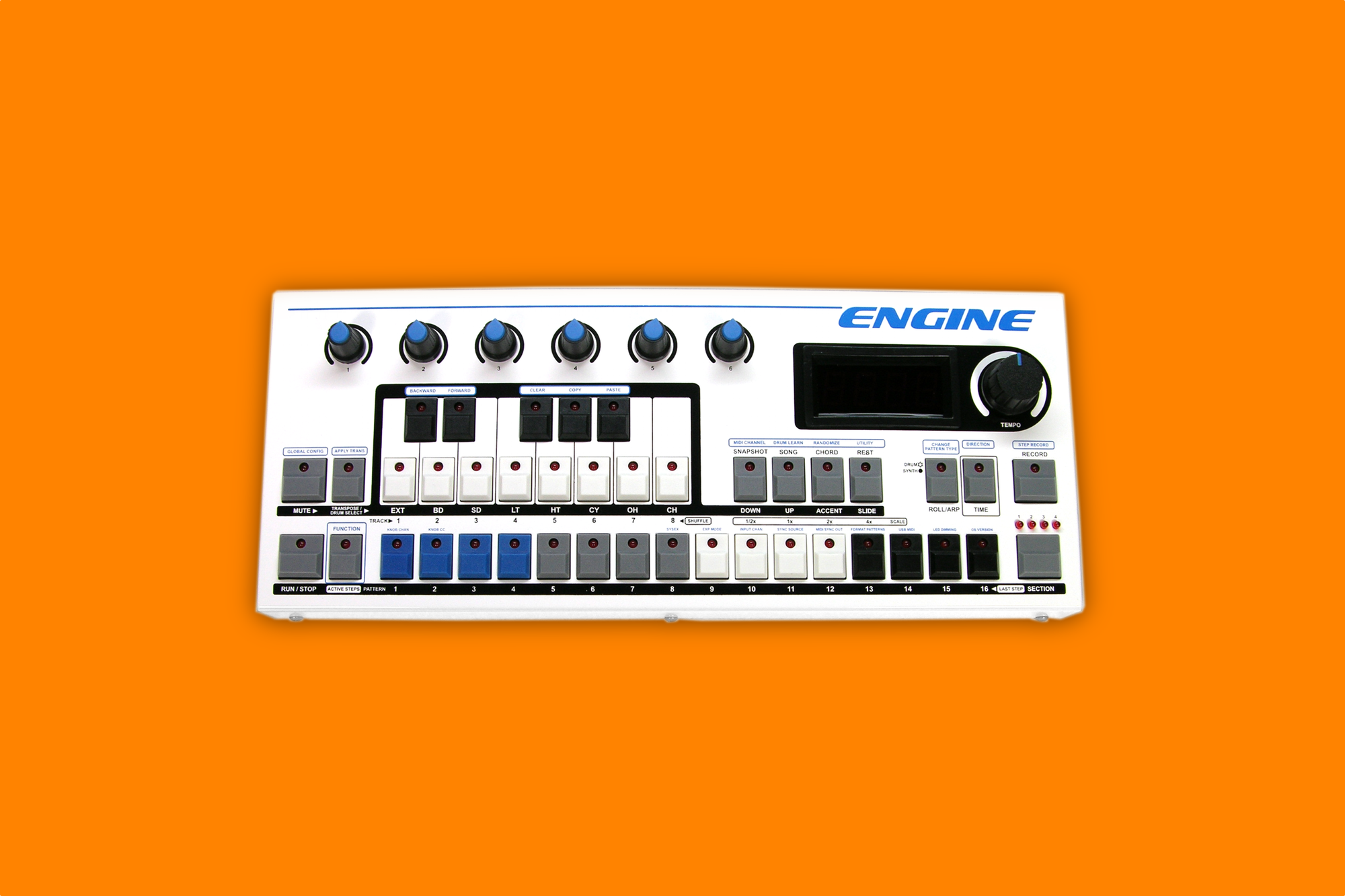 There’s a reason why Social Entropy’s Engine looks like it could be made from salvaged Roland gear: the company specializes in upgrades for the TB-303 synth and TR-606 drum machine. However, the Engine is almost as powerful as Squarp’s Pyramid, offering four notes of synth polyphony over its eight tracks and the option to control CV with an optional expander board.

One thing it’s missing is any kind of screen, a conscious decision by the designers to keep users focused on the physical experience. This makes it the Engine more of a machine for laying down beats and melodies on the fly like the TR-909 drum machine it’s clearly based on. It also has a handy “snapshot” function to store settings for quick recall. 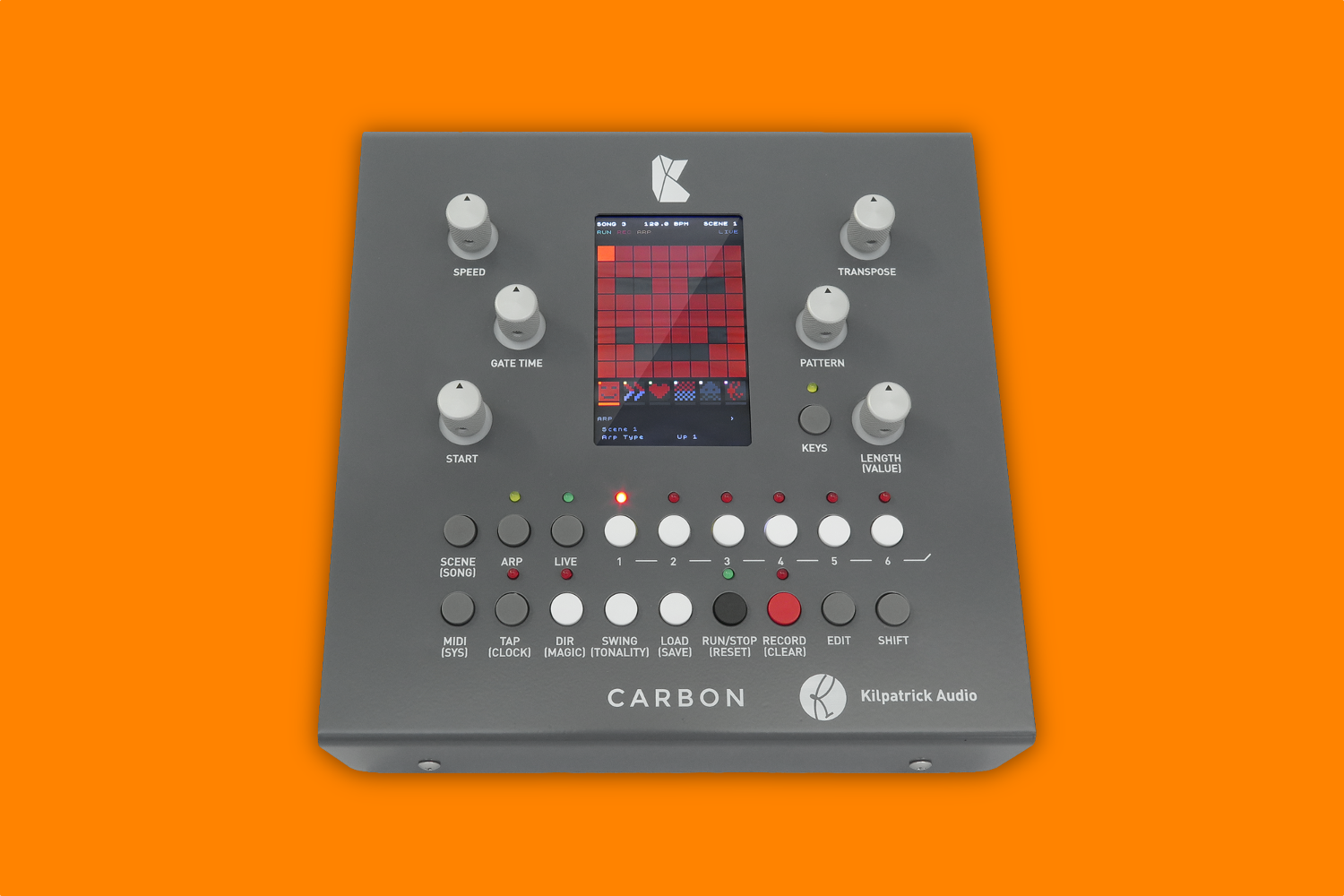 Like the Pyramid and Engine, Kilpatrick’s Carbon is a powerful polyphonic sequencer. It can only sequence six tracks, but for most musicians, this will be more than enough. There’s also an advanced arpeggiator, plenty of CV/gate ins and outs and two MIDI outputs.

The Carbon’s killer app is its colorful screen, which looks like a cross between an iOS app and a Game Boy. Its control knobs allow you to “remix” patterns on the fly by enabling and disabling different steps – perfect if you’re low on inspiration or just want to improvise in the studio.