If you’ve already binged Stranger Things 2 and need another hit of nostalgia, why not have a go at making some music inspired by Kyle Dixon and Michael Stein’s score? Scott Wilson gives you seven tips to help you create your own ‘80s-style synth tracks.

When Stranger Things premiered last year, it wasn’t just the story, characters and the nostalgic setting that we fell in love with – it was also the incredible synth score by S U R V I V E’s Kyle Dixon and Michael Stein. Taking its cues from both the electronic soundtracks of John Carpenter and the albums of Tangerine Dream, the score ignited a fresh wave of appreciation for the synth music of the ‘80s and contemporary artists inspired by the era, rounded up by FACT in a playlist last year.

Dixon and Stein’s score also saw a fresh wave of interest in the vintage analog synths used by the duo to make the score, instruments that are either hard to come by, very expensive to purchase, or both. So how would you go about making your own Stranger Things-inspired synth music at home? Well, it’s actually not as difficult or as expensive as you might expect. You don’t even need to buy hardware synths: software will do the job if you’re on a budget and there are even a few free plugins you can use.

We’ve come up with seven things that will help you get the Stranger Things sound, from choosing the right instruments to simple synth programming techniques to help you get started. We’re not going to tell you how to remake the theme tune, but with the information below you should be well on your way to making your own ‘80s synth masterpiece. If you’re starting from scratch, just make sure to read our free music software guide first as you’ll need a DAW to host your software synths. 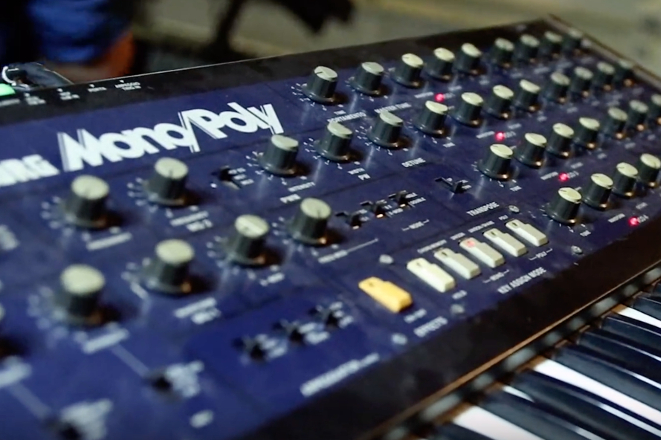 Dixon and Stein haven’t released an official gear list of synths used on the Stranger Things score, but their sound mostly matches the synths available during the era of the show itself. That means vintage analog gear released in the early ‘80s capable of polyphony for making big, lush pads, sparking arpeggios and robust basslines; synths like Roland’s Juno-106, Korg’s Mono/Poly, ARP Odyssey and the Sequential Circuits Prophet-5 – a synth also beloved of John Carpenter and Tangerine Dream, artists cited by the duo as influences.

Each of these synths are great all-rounders, but they also have their own signatures: the Prophet-5 for example is great for making thick, dread-filled basslines, while the Juno-106’s chorus setting is great for making fat pad sounds. If you want to get a more interesting sound, mix and match different synths and see what the effects are – if you stick to just one you’ll likely end up with something a little flat. You don’t need exclusively vintage gear either: Dixon and Stein used the Prophet-6, a modern successor to the Prophet-5.

Not everyone can afford vintage gear, and not everyone can afford the modern analog updates either. Luckily there are more affordable ways to get your hands on synth hardware capable of replicating these iconic sounds. Roland’s Boutique range includes sub-$400 versions of the Juno-106 and SH-101 (another Roland synth favored by Dixon and Stein). They’re not real analog, but they’re compact and sound pretty damn good. Novation’s Circuit Mono Station and Korg’s Minilogue are also very good mono and polysynths for not much money.

Of course you don’t need hardware: Arturia makes software versions of many analog classics such as its Prophet V, while Roland now offers its own software versions of legacy hardware such as the Juno-106 from its RolandCloud service ($19.99 a month for access to all of its growing library). Native Instruments’ Retro Machines MK2 ($59) is a sample-based instrument based on plenty of ‘70s and early ‘80s synths. Ableton Live has its own analog instrument, Analog (free with Live Suite or $79 on its own).

If you’re strapped for cash you don’t need to spend any money at all: TAL’s NoiseMaker is a great free virtual analog plugin in the spirit of several ’80s polysynths. It definitely won’t sound as good as the real thing, but the layout is clear, it’s simple to use and will let you switch between monophonic mode and up to six voices of polyphony (the same as the Juno-106).

While giving a video tour of S U R V I V E’s Austin studio last year, Stein gave one tip: “delay on everything”. It’s true that delay is a big part of what makes much of the Stranger Things soundtrack what it is, but rather than reaching for a plugin straight away, try doing what Vangelis did while making the Blade Runner soundtrack with the Yamaha CS-80 and use the built-in delay. Built-in effects are often a big part of the sound of vintage instruments, so experiment with them.

Some soft synths also have built-in delay; TAL’s free NoiseMaker has a surprisingly excellent delay cooked in. Whether you’re using built-in delay or a plugin to recreate ‘80s sounds though, you should use it sparingly. You don’t want to crank up the feedback or delay time knobs up very high at all: instead just keep all the settings as low as you can (no more than 20 ms on Ableton’s Simple Delay effect) and no more than 40% for the dry/wet control. Feedback can be adjusted for taste, but 50% should be fine.

What you get with this kind of setting is a very subtle delay not unlike a light reverb that’ll give a raw synth tone a little bit of depth without having to resort to coating everything in reverb. Resist the temptation to throw reverb and delay on everything and make your track sound like it’s been recorded in a cave: you want to keep your sounds as bright and vivid as possible to recreate the ‘80s-inspired sound of Dixon and Stein. 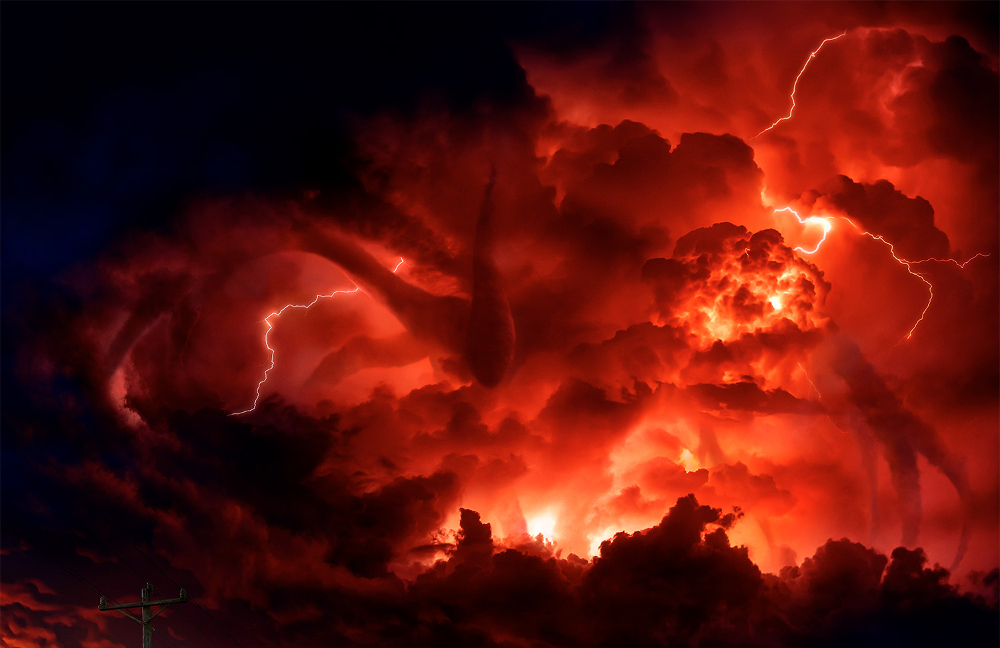 The rising and falling sequence of notes that feature in Stranger Things‘ opening titles isn’t anything complex: the basis is just a simple C Major chord with a B note and an extra C. You can play it the old-fashioned way, but an even simpler way is to use an arpeggiator. Most good hardware synths will have this built-in, but if not you can also use the one that comes with your DAW and drop it into a MIDI track. Set the arpeggiator style to a standard “Up and Down” mode (on Live that’s “UpDown”), hold down all the notes, and you’ve got the start of the Stranger Things theme.

This kind of up and down motion is widely used in synth soundtracks to build tension, but arpeggiators are good for conveying other emotional states. Increasing the arpeggio’s rate to speed the sequence up is a great way of conveying urgency. Ableton Live’s default arpeggiator rate is 1/8 – change it to 1/16 and the difference is immediate. If you’re stuck for inspiration, switch the mode to random, hold down a chord, hit record, see what happens and cut out the most interesting bits – you can get the start of some interesting melodies this way. Arpeggiated synths are all over the Stranger Things score, so an arpeggiator is essential.

Once you’ve got an arpeggiated sequence you like, you might want to think about putting a bassline underneath. Once again, there’s nothing particularly complex about the way Dixon and Stein approach them: a lot of the most effective ones are just single, one-note basslines with a bit of growl underneath for added dread. Moog’s Taurus bass pedal synth is one of the classic ways to make this kind of big, imposing sound, but any analog or virtual analog will do the trick as long as it’s programmed correctly.

There are a few vital ingredients to creating a big bass sound like this: saw wave with pulse width modulation, a bit of sub, a touch of noise, a short attack, high decay and the most crucial part, a long-ish release to give to note a bit of a tail (the optimum level is probably about 50%). If the synth you’re using has two oscillators, make sure you repeat the process, but if you’re using a Juno or something that imitates the synth’s chorus then using this effect will beef up the sound sufficiently. This will give you the basis for a big bass note, which you can modify to find your favorite texture. 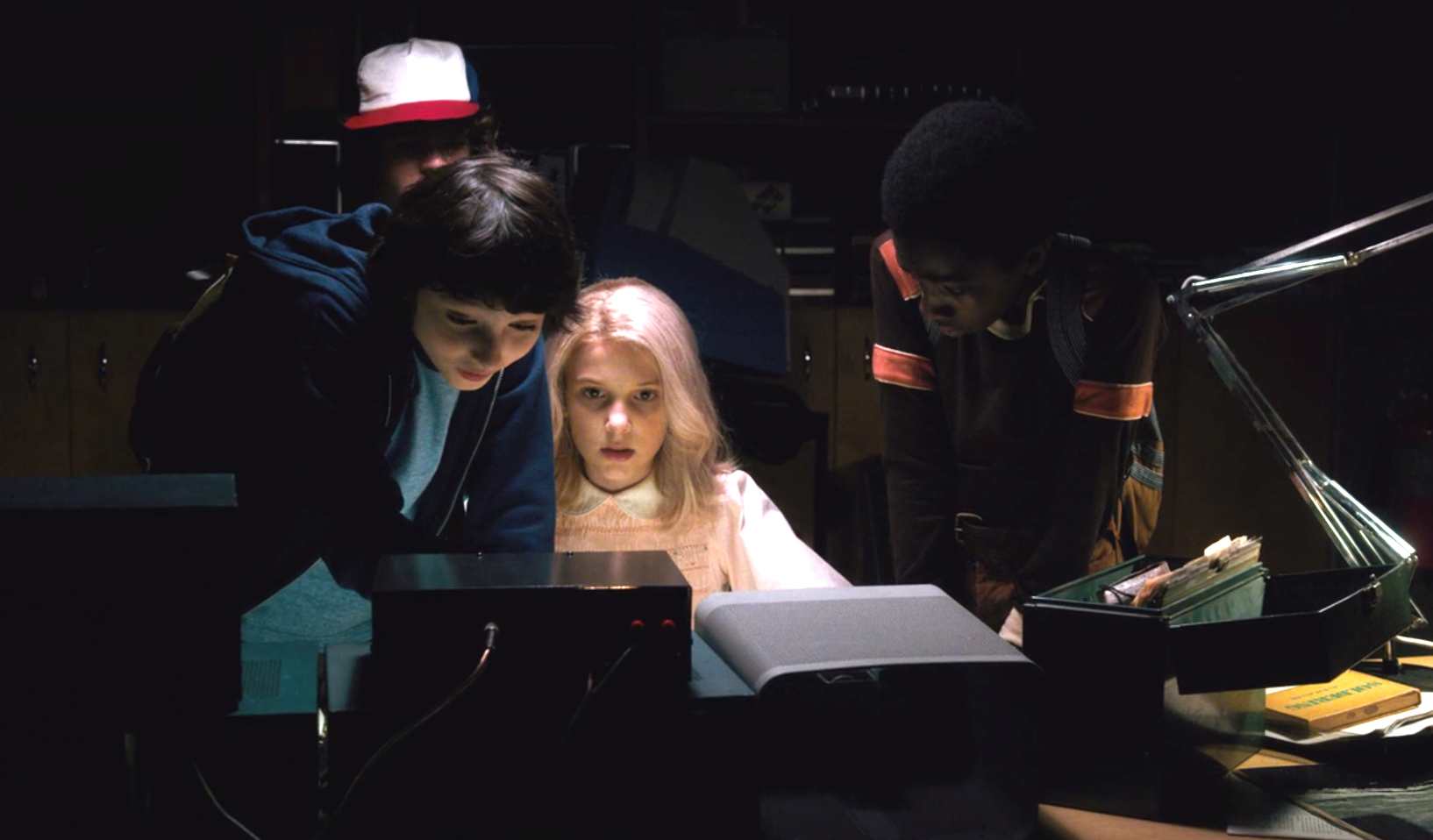 One of the creepiest tracks on the Stranger Things score is ‘The Upside Down’. It’s heard in Season One’s fourth episode, as the the kids use the Hawkins Middle AV room to try and make contact with Will while Joyce hears him on the other side of her living wall. The music takes a sinister turn from airy pads to a sickly synth patch, hinting at the horrific setting of the Upside Down.

It’s impossible to know exactly how Dixon and Stein created this unsettling timbre, but playing around with a synth’s LFOs and pulse width modulation dials can help you make your own weird and queasy electronic sounds. When applied to a oscillator’s pitch, an LFO has a similar effect to applying vibrato to a string instrument: the note’s pitch will wobble slightly around the center value. If you have a two oscillator patch, you can apply the wobble to just one oscillator, meaning one will be just out of phase with the other.

Open up TAL’s NoiseMaker and start with the default patch. Turn the volume of the sub and oscillator two in the master section down to zero so you can concentrate on the first oscillator. Set the rate and amount of LFO one to about 60% and make sure the switch next to amount is set to “Osc1”. Next, make sure the release of the patch is set to about 50%, and you’ll find your notes will have a bit of vibrato to them. From here, try tweaking the pulse width modulation and adding another oscillator to get more unusual effects.

Make your pad sounds your own

Another vital element of the Stranger Things sound is a good pad, which will sit in the background of your track and provide a bit of extra atmosphere. All good synths will be full of pad presets, but there a few things you can do to make them a bit more interesting. The easiest thing is add some movement by tweaking the LFO (low-frequency oscillator) section of your synth. Setting the amount and LFO rate to about 25% will trigger the filter so it opens and closes very gradually; it’ll give the pad a much dreamier quality.

Many of Dixon and Stein’s pads aren’t sickly sweet though: if you want to create some darker atmospheres then messing around with the oscillator tuning will help create the desired effect.

Add instant nostalgia with a plugin

Maybe you don’t like the sound of analog synths but you want to capture the nostalgic feel of the ‘80s? Well, there’s a few free plugins for that. If you’re a Reaktor 6 owner, there’s the VHS Degradation Suite, an effect that combines saturation, pitch modulation and noise to make any audio you put through it sound like it’s on a worn-out old VHS tape. If you’re an Ableton user, Legowelt has his own free effect for VHS warble and smudge available from his website called the Smackos Tape Station. Combine one of these with any of the techniques above and you’ll have the sound of the Upside Down in no time.