Reaktor 6 is the first full update to Native Instruments’ modular instrument and effects studio in 10 years, and the blank screen that presents itself when you boot the software up is as daunting as ever.

Reaktor’s ready-made synthesizers, grooveboxes, sound generators and effect units are still some of the most powerful and exhilarating tools you’ll find in software, but each unit could take as long to master as a single device like Massive. Take Vectory for example. Load it up and you can make beats that sound like Autechre without much effort, but taming its 8-bit style graphical interface to sequence those beats properly feels a little like solving an algebra equation. 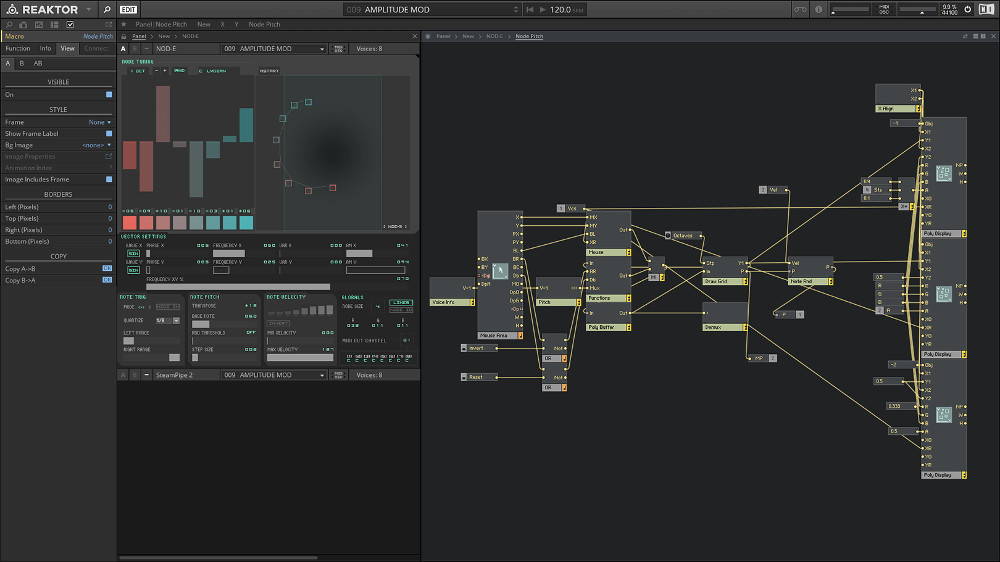 There’s already so much built into Reaktor it’s easy to forget that the software allows you to get under the hood, reverse engineer its component parts and even create entirely new devices from scratch. It’s for this reason that Reaktor has earned its reputation as a complex tool, and it’s not completely unfounded – if you’re going to get the most out of it you need prior experience of designing software instruments, or be willing to read the manual thoroughly and spend several hours learning to use it. While Reaktor 6’s graphical interface is cleaner and easier to navigate than it was in the last version, the guts of the software still rely on linking abstract boxes with virtual wires. This is why Reaktor 6’s new Blocks feature is such a step forward.

In essence, Blocks lets you create a modular synth inside your computer for a fraction of the price of a full Eurorack system. Given the increasing popularity of modular systems it’s unsurprising NI has gone down this route, but it’s really not that different from what Reaktor has always offered. Instead of whole instruments though, you’re given individual components – oscillators, filters, envelope generators, sequencers – and invited to connect them together. It lets you do what usually goes on under the hood of Reaktor on a macro level, with each module graphically represented clearly for ease of use. Not only does Blocks offer a compelling reason for existing Reaktor users to upgrade, it’s likely to be the feature that makes Reaktor a lot friendlier for newcomers and for those who have only ever used the ready-made instruments. 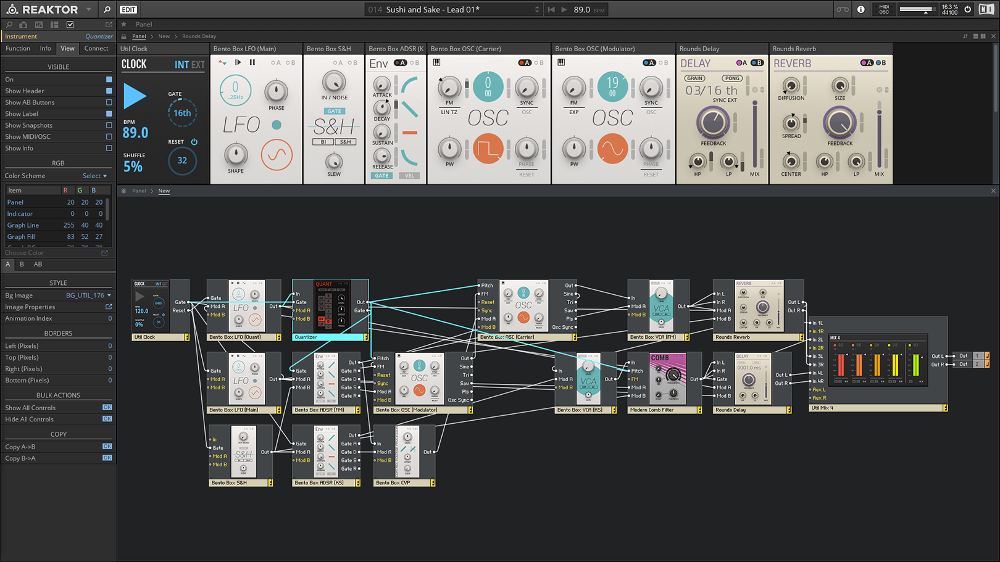 You’re given the option to load one of nine preset systems, but you’ll have more fun connecting the 30 individual modules. NI offers a very basic “Blocks New” template to get you started, which offers a clock, a module for accepting MIDI data and an audio out – the basics you might need to input and output a signal. From there, you might link an oscillator to a filter and volume control, with an envelope generator modulating the volume level. If you’re a total novice it might be a little confusing, but one you get your head around the separation between audio and modulation signals it quickly becomes second nature. You’ll still need a very basic knowledge of how modular synthesis works (the Reaktor manual points you to a few guides), but the connections on each block are clearly marked making it difficult to go wrong. There’s also a free video tutorial series from Kadenze to get you started, which is worth watching whatever your ability level.

Blocks isn’t the first time developers have tried to recreate a modular system in software, but it’s probably the most successful, and it’s mainly thanks to Reaktor’s dual view, whose clarity makes Blocks easy to use. Cable connections are displayed in a structural view, leaving the graphical interface clear to let you see what each knob is doing instead. Compared to something like Arturia’s Modular V, where virtual wires obscure what’s happening underneath, there’s no contest. Despite this, the Blocks system has all the character that’s helped make Eurorack systems so popular. The 30 modules are divided into eight distinct “brands”, including Bento Box, Digilog, Boutique and Monark, and just as Eurorack enthusiasts have Doepfer, Make Noise and countless others, each of these Blocks has a distinct look and feel. Bento Box for example offers a core set of tools, while the Modern set offers contemporary tools like a comb filter. As Blocks are based on a system that relies on voltage signals for control it features exactly the same limitations – primarily a lack of polyphony – but also plenty of advantages, including audio rate modulation of parameters.

Just as you can build your own instruments in Reaktor’s Core and Primary environments, it’s possible to create your own Blocks with NI’s building template. While assembling the ready-made modules into full patches isn’t too difficult to pick up, the same can’t be said for making a module from scratch. If you want is to create a simple oscillator, you’re still going to have to read a 61-page manual on the Blocks framework before you start, but the reasonably simplified structure of each module does at least lend itself well to Reaktor beginners. No matter what the function, they’re all built in the same way, with three macros covering the front panel interface, system information and a core cell where the processing happens. This isn’t all that different to creating a full instrument in Reaktor, but the self-contained, one-function nature of each module makes Blocks an ideal learning environment for Reaktor’s multi-layered coding environment.

While it might sound a little like the sandbox construction environment of Minecraft, if Reaktor was a video game it probably would be Dark Souls. It kicks you repeatedly when you’re down, but once you’ve made the commitment you’re unlikely to stop until you’ve mastered it. With Blocks however, the difficulty level feels lowered just enough to make it a realistic proposition for everyone to learn. If you’re the kind of producer that like to lay down a simple 808 rhythm, some Rhodes keys and a Moog bassline, Reaktor is still going to be very overpowered for your needs, but you want to take your first steps into building your own synths in software this version is as good an introduction as you could hope for.