Apps, MIDI controllers and DAWs like Ableton Live have made it easier to make music than ever. Clip launching and scale modes on controllers like the Push and Launchpad mean that you don’t even need to know how to play an instrument to get ideas down. If you’re like me though, you probably wish you’d started learning piano as a child so you can actually play your MIDI keyboard proper, rather than just using it as a device for browsing presets and triggering chords with a single finger press. But where do you start, especially if you don’t have the time or the money to commit to proper lessons?

New Zealand-based startup Melodics thinks it has a solution. In 2015, the company launched a desktop app that helps producers improve their finger-drumming skills with controllers like the Ableton Push and Maschine. It works a little like Guitar Hero, except it’s compatible with your existing MIDI controller; plug it in, load up a lesson, follow along with the tutorial, then when you’re ready to be tested, you hit the pads in time with the notes scrolling along the screen as they pass the finish line. Melodics now wants to do the same for keyboard players, today (November 29) launching a set of keyboard lessons in the same format that will teach you finger positioning, timing and more. 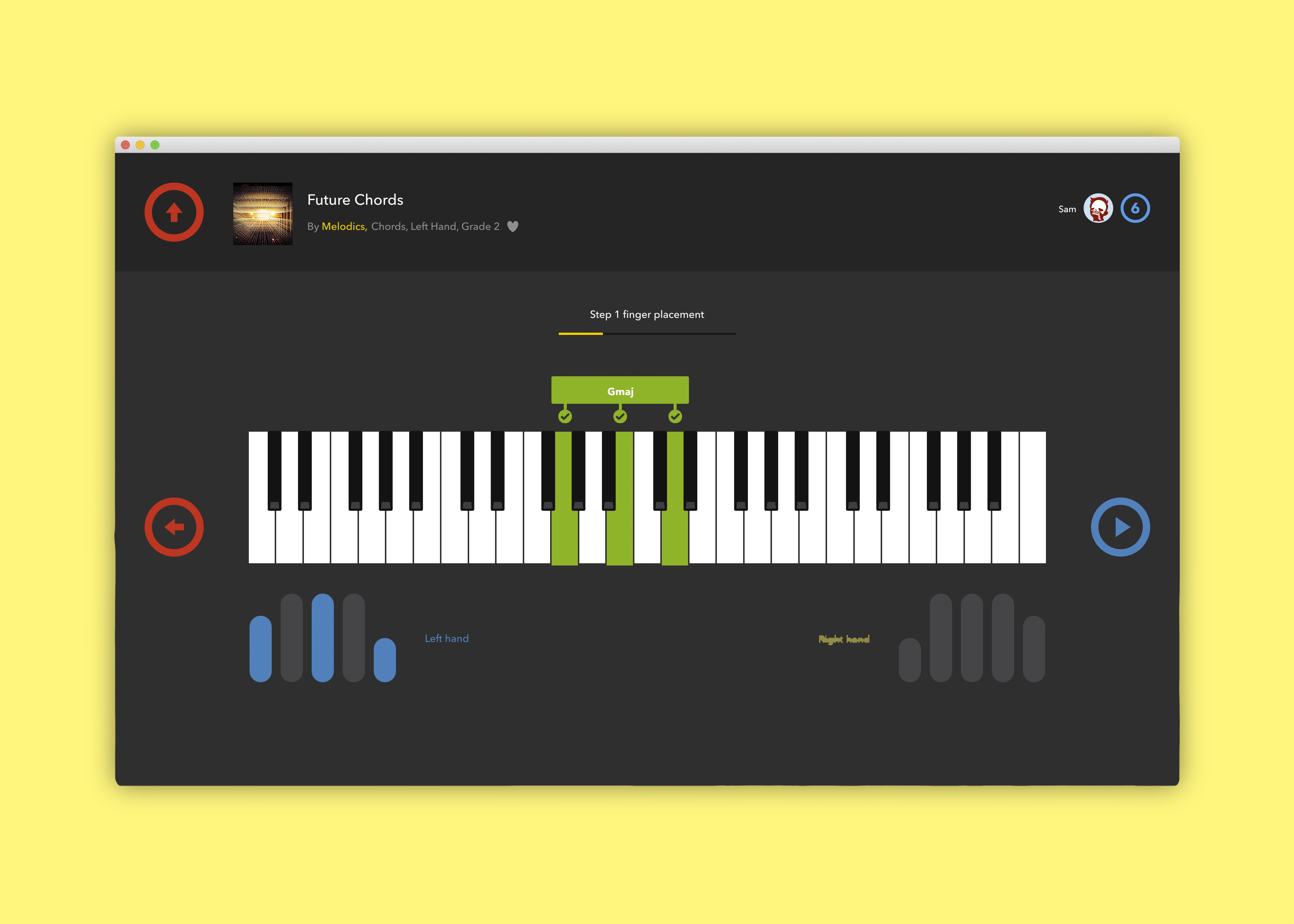 “I was frustrated by my own lack of progress learning to play piano and bass guitar,” says Melodics CEO Sam Gribben, who launched the company after leaving the chief role at digital DJ giant Serato. “I watched a ton of videos on YouTube – and there are some amazing lessons there – but I found that just watching videos was a really frustrating way to learn. It got me thinking – what if I could plug my instrument into software that would listen to what I was actually playing, and give me feedback on my performance? I was also inspired by things like Fitbit and Duolingo – products that help you get into the habit of doing something that you want to do, but might lack the motivation to persevere with.”

Melodics Keys isn’t intended to be a replacement for proper piano lessons. All of the tutorials are producer-focused, covering topics such as playing techno basslines and house chord progressions, skills that are primarily relevant to electronic musicians. Each of the lessons is graded from level one to 16, starting at simple chord stabs and going up to more complex arrangements that have you using both hands to add bass or melodies into the mix. You can sign up and get access to 60 lessons free, but a $9.99 a month subscription is necessary to get access to the full 500 lessons needed if you’re going to really improve your abilities.

I have some experience with Melodics’ finger-drumming lessons already, and my first impression of the new keyboard lessons is that they’re just as good, but with a much steeper learning curve. The first finger-drumming lessons involve simple tasks like timing a kick and snare drum correctly with single fingers, but the first level of keyboard lessons has you making relatively difficult chord shapes straight away. When it came to moving my hands around the keyboard, I performed quite badly. So with Native Instruments’ Komplete Kontrol keyboards offering chord and scale modes that make it impossible to hit a wrong note and allow you to create pleasant chord progressions with not much difficulty, what’s the incentive to use Melodics? 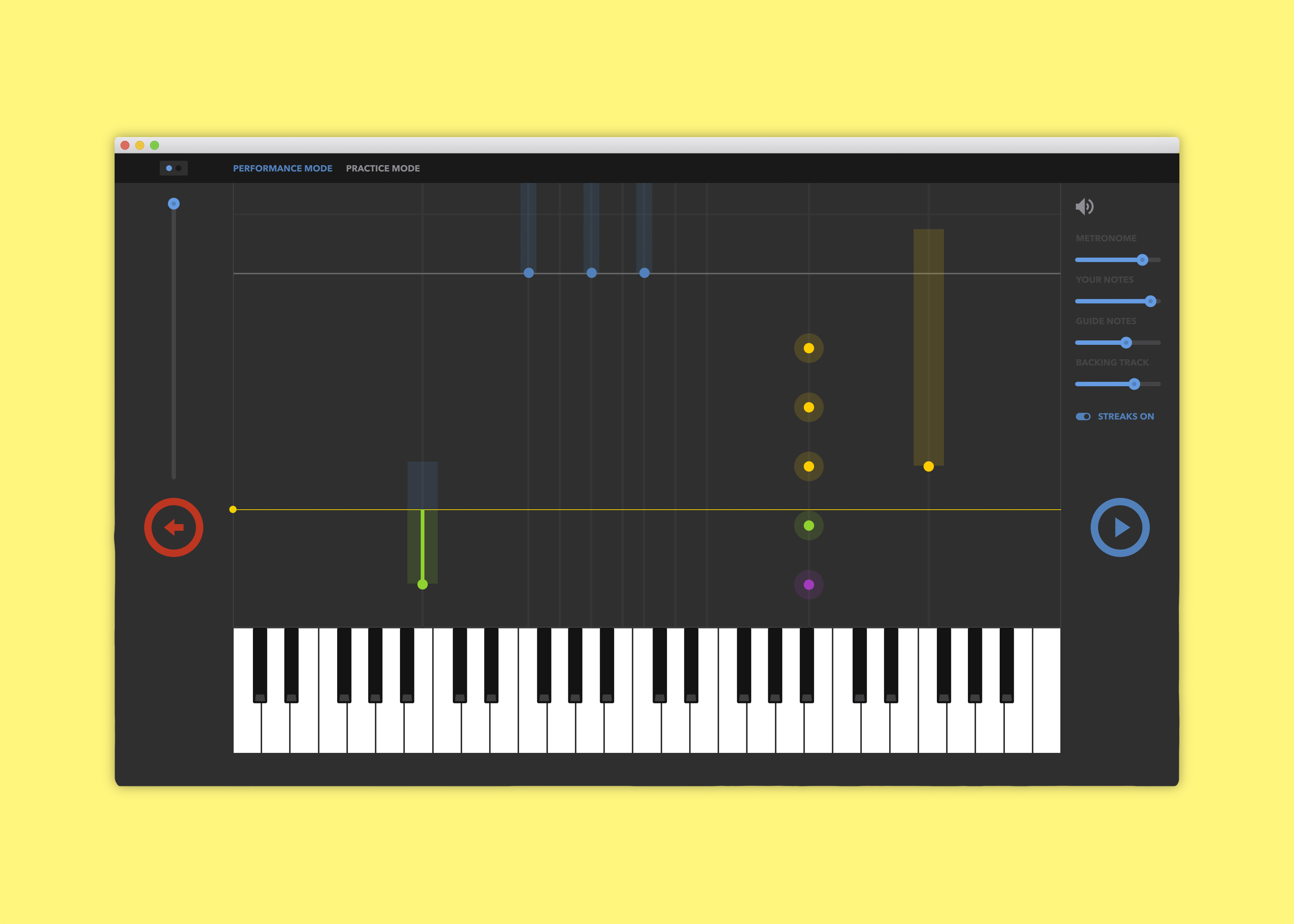 “We’ve been doing a lot of research in the lead up to releasing Melodics Keys, and I think the appeal comes from helping people to get away from presets, from using sample libraries, loops and other tools that make it easier to create, but harder to put your own stamp on your productions,” Gribben believes. “There are a lot of amazing tools these days, but combined with being able to really play something in yourself lets you really make your music your own.”

Although Melodics is easy to use and fit around your daily schedule, it’s not a quick fix. As Gribben explains, it still requires a lot of practice to see lasting results. “I see three key areas where Melodics can help musicians. The most immediate thing is learning how to play a particular piece of music. That’s the code of the product – the instruction and feedback you get on the screen. Beyond that is helping to build a habit around practice. Our theory is simple, if you practice you’ll get better, if you don’t you wont. So we do a lot around how we can help people to build a solid habit of practicing.”

“The third area that we’re working on is making practice more effective,” Gribben adds. “There’s lots of really interesting research happening right now on guided practice, and we’ll be applying this to help get more from every session. We’ve learnt that not all practice is equal, and you can learn a hell of a lot faster if you’re smart about how you approach it. I’ve learnt this the hard way myself, having spent thousands of hours on practice that really didn’t get me anywhere.” 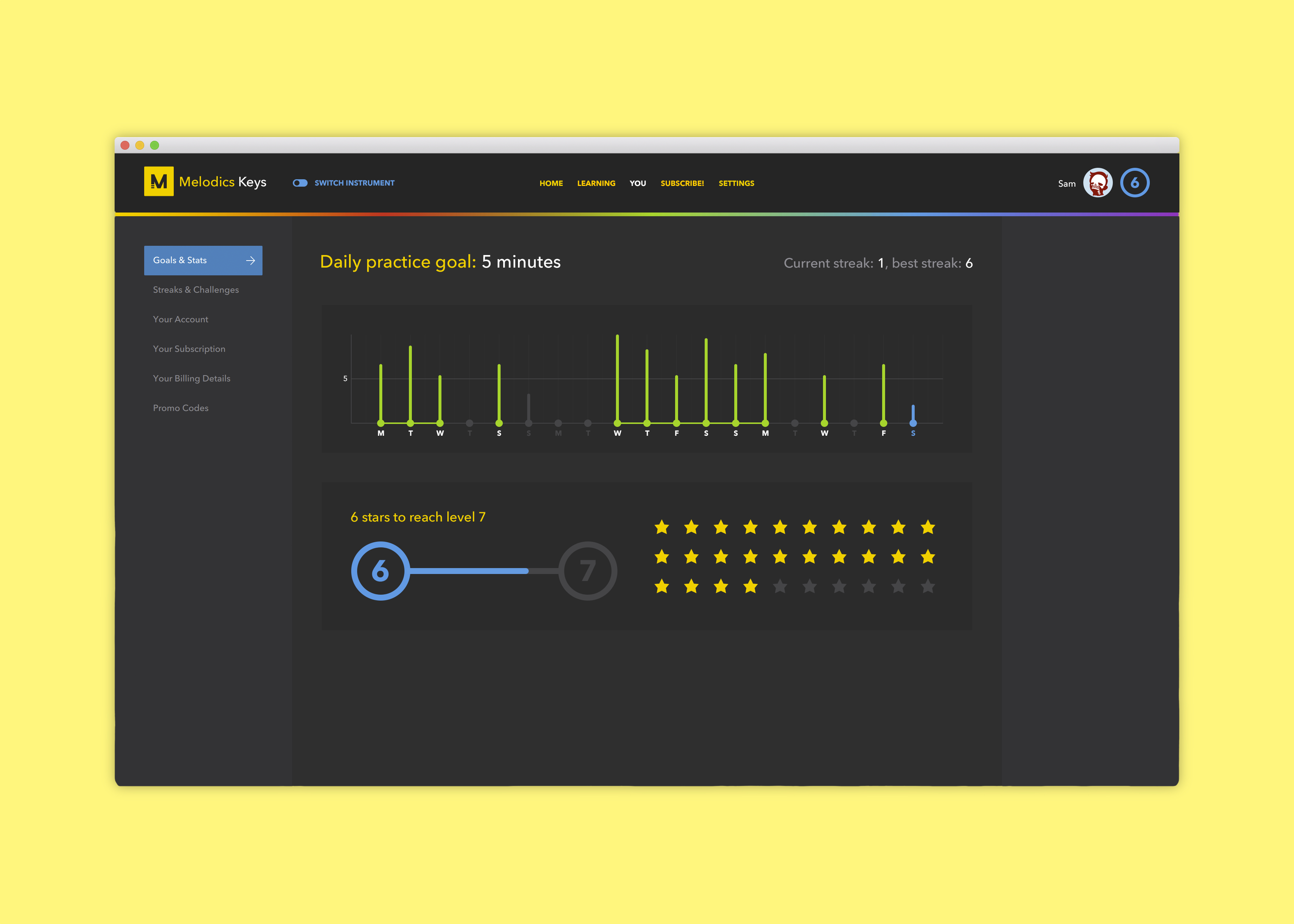 Part of the way Melodics hooks you in is by borrowing the kind of gamification techniques you’ll find on apps like language tool Duolingo, such as achievements and combo streaks for hitting enough correct notes in a row. Melodics encourages you to spend five minutes a day trying to increase your level, but the dopamine rush you get from executing a lesson perfectly means that you’ll probably find yourself sinking much more time in than that. “One really common bit of feedback is people tell us it feels like playing a game, but they’re building skills that they’re able to use in their music,” Gribben says. “That’s what it’s all about for us – making something that people can really apply in the studio every day.”

While many of the basic lessons are developed by the Melodics team themselves, the company also works with artists including DJ Jazzy Jeff, John Tejada and DJ Spinna to create more content for the app. “It’s very much a paid gig for these artists – a percentage of the revenue we receive from our subscribers goes to the artists collectively, and within that pool of money, payment is broken down between the artists by play time,” Gribben explains. “So the more an artist’s lesson is played, the higher their royalties. For artists, making Melodics lessons gives their fans a totally different way to interact with their music – by actually learning to play it – and of course it’s a new revenue stream in a world where it’s getting harder and harder to make money from selling music.”

Despite the new revenue possibilities Melodics offers for its associated artists and requests from users to be able to load their own music into the app to practice with their own beats, the company isn’t letting people create and monetise their own content on the platform – yet. In the meantime though, the future looks promising for Melodics: Ableton has invested in the company twice, and collaborations with the Live developer are planned for the future. “A good example of where we’re heading is someone might explore ideas around composition, harmony and melody on the Ableton side, and then use Melodics to learn to play what they’ve come up with,” Gribben says. “Learning music is a massive topic, Melodics in no way covers all of it.”

Read next: Komplete Kontrol MK2 review: A MIDI keyboard that keeps your eyes off the computer