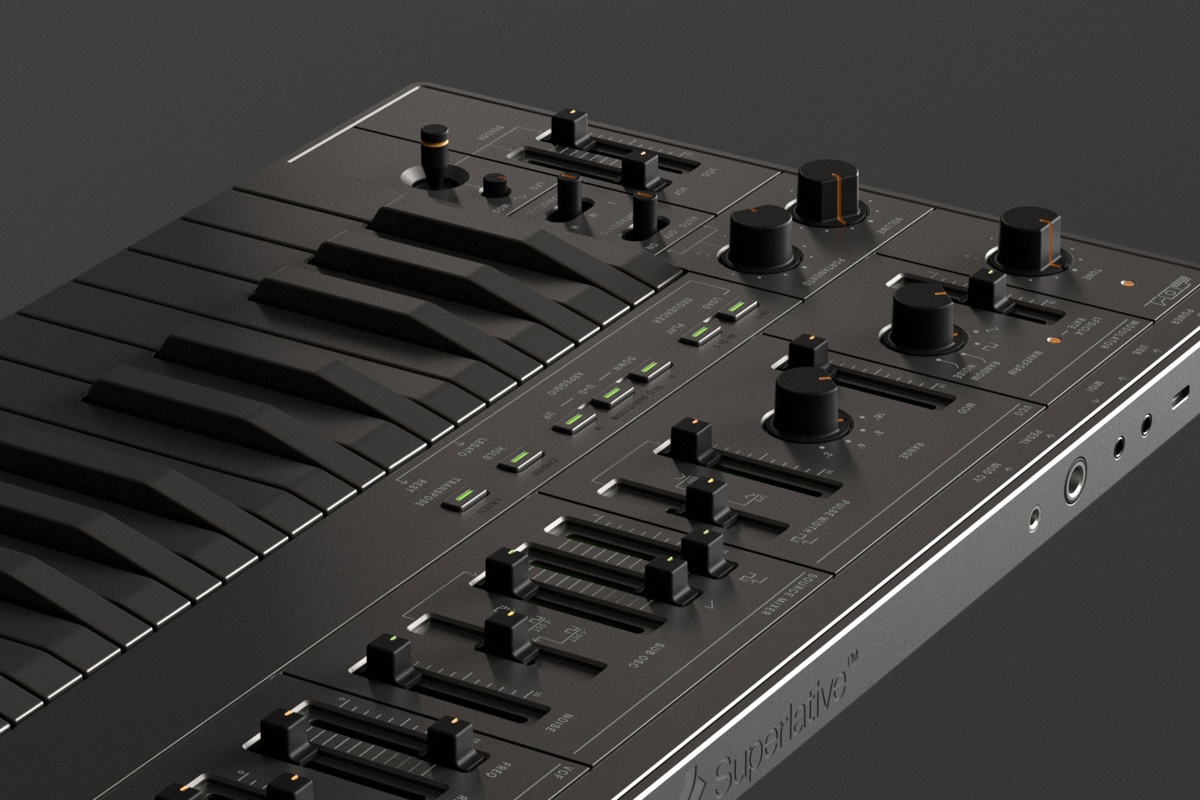 It even has its own keytar grip.

The SB01 clearly takes its visual cues from Roland’s classic SH-101 synthesizer from the 1980s and has a sound inspired by “one of the sonic engines that laid the foundation of electronic music”.

However, Superlative’s SB01 sets itself apart from recent clones and tributes such as Behringer’s MS-1 with a striking enclosure machined out of a single block of aluminium and given a “space grey powder-coated” finish. While the case itself is very slim, the SB01 has full-size keys and promises 16-hour battery life.

Another key feature is a new step sequencer, which Superlative says is tailored for “fluid live performance and intuitive for all skill levels”. The company says users simply load a pattern by entering notes in order along with rests and slides. Patterns can be chained, and the keyboard has an arpeggiator function as well.

The SB01 also has plenty of connectivity options, including MIDI in and out as well as CV, gate and trigger ins and outs and external CV modulation. It even has a keytar grip like the original SH-101, though Superlative’s take features three-axis accelerometer control.

The Kickstarter campaign for the SB01 is open now and has already exceeded its funding goal. You can secure one of the first 200 units for $949, with delivery estimated in June 2020. As with all crowdfunding campaigns, discretion is advised, as some campaigns can be delayed or not delivered at all.