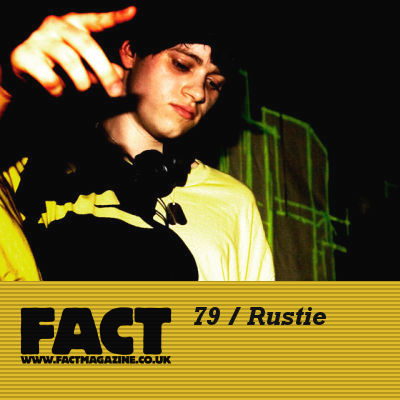 FACT’s mix series rolls into September with a session from Glasgow’s Rustie.

One of the most talked about producers in the world on the strength of his 12″s for local labels like Stuff, Wireblock and Dress 2 Sweat and his DJ sets that take in everything from 80s R’n’B to 2009 grime, Rustie’s FACT mix comes just over a week before the second birthday of Ballers Social, the clubnight run by his LuckyMe collective, and features The Dream, Terror Danjah, Lil Scrappy and a taste of what’s to come from both his and Hudson Mohawke’s albums.

The birthday takes the form of two nights: first, on September 11, Ballers rolls into Glasgow’s Stereo club with sets from dubstep veteran Jamie Vex’d, whose In System Travel EP is one of the year’s best, Hyperdub tron-garage pair Darkstar, Rustie himself and fellow LuckyMe cohorts The Blessings. Then on the 12, it takes to the same city’s Ivy club, with live sets from Fulgeance and Fox Gut Daata, LuckyMe’s Dema and New York’s premier jerk merchant Dante’s Fried Chicken. Stay tuned to FACT for a second podcast from the collective this week, along with an interview with the Ballers crew and a chance to win t-shirts and guest list for the birthday weekender.