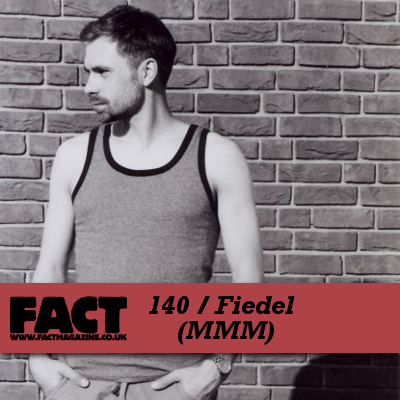 If you’ve been anywhere near a decent dancefloor in the past two months, chances are you’ve been subjected to the full-body rave assault that is MMM‘s ‘Nous Sommes MMM’.

MMM – the Berlin-based duo of Erik Wiegand and Fiedel – make unashamedly banging music, rooted in the finest traditions of techno, disco and electro. But there’s more to their tracks than mere club-quaking gusto: a kind of wildness and instability that no conventional producer would dare countenance, coupled with a surgical attention to detail that no conventional producer would even be capable of. This is music that sounds live, alive, intuitive, but also utterly disciplined and deliberate: elements are looped, tweaked and exaggerated to the point of near-abstraction; ‘Nous Sommes MMM’ doesn’t so much run along from A to B as jut out at you – we’re talking about electronic dance music that’s truly three-dimensional.

It’s no surprise, then, that MMM are one of the best-loved and most respected production duos on the planet. They’re not exactly prolific though: since 1996 they’ve released only five records, all via their own Hardwax-distributed MMM imprint. In 1997 they delivered ‘Donna’ – a bona fide club classic that in thirteen years has lost none of its pulverising, grin-inducing power.

Why so erratic though? After the first MMM release (MMM 1), the duo began to spend more time on separate endeavours: Erik developed the loop-frenzy aesthetic with his solo project Errorsmith, and with friend Frank Timm (Soundstream/Soundhack) as Smith ‘N Hack. Fiedel, a long-time fixture in the Berlin techno scene, continued to DJ, taking up a residency at Berghain that has continued to this day.

Fiedel’s DJing obliterates any notion you might have that Berlin or indeed Berghain is all about austere minimalism. His FACT mix is techno in character but positively loaded with 2-step variations and UK funky; while most selectors who attempt to bring together Detroit/Euro-centric 4/4 and British bass gear end up with a toothless, tokenistic hybrid that’s unsure of its own groove, Fiedel gets it spot on: in his hands the leap from Rejected’s expansive warehouse techno into the knotted grime of Outlaw Breaks sounds natural and effortless. Anthony ‘Shake’ Shakir, Shortstuff & Hyetal, Radio Slave, Skream, Shed and Roska all feature in FACT mix 140, without doubt one of the most lip-bitingly full-on, anthemic and fun FACT mixes of 2010 so far.