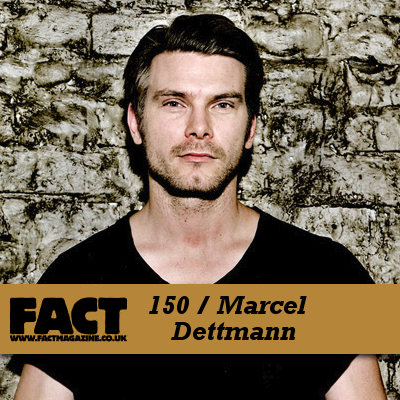 For our landmark 150th episode in the FACT mix series, we’ve enlisted the services of one Marcel Dettmann.

The timing is good, with Dettmann having just released his eponymous debut solo album, cementing his position at the very heart of the contemporary techno landscape. It’s a stark and uncompromising record, some would even say purist, and it also happens to be a roaring artistic success. Whereas most DJs and dance music producers feel obliged to diversify – and thus invariably dilute – their sound when making an album, Dettmann has gone the opposite way, producing a record as focussed and mercilessly linear as a laser-beam. As FACT’s Andrew Ryce rhapsodised in his review of the album, “in [Dettmann’s] world there’s no more microhouse, no more ‘mnml’, no more ‘boring tech-house for elevators’, there’s only techno.”

Though understandably best known for his culture-shaping role as resident DJ at the iconic Berghain club in Berlin, Dettmann is an increasingly illustrious producer. Dettmann might be his debut solo LP, but the Pössneck-born 31-year-old has been making superlative dance music since 2006, beginning with the Klock collaboration ‘Dawning’/’Dead Man Watches The Clock’ that then gave rise to an exceptional mini-album, Scenario. Solo Dettmann 12″s have come not only via the Ostgut-Ton label but also Beatstreet and most notably MDR, Dettmann’s own bespoke white-label imprint. That sequence of no-frills releases, together with the mix CD Berghain 02, are arguably Dettmann’s most significant releases to date; Berghain 02 in particular has proved to be highly influential, helping introduce the wider world to the demure-yet-brutalist Berghain sound and the work of a new generation of underground luminaries like Norman Nodge and Shed. As a remixer too Dettmann has shown himself to be a deadly and versatile operator, taking on the likes of Sandwell District, Scuba and Martyn, and creating a wobbly modern dancefloor classic in his version of Deetron’s ‘Let Get Over It’.

For his FACT mix, freed from the need to formally represent Berghain and anyhow very well attuned to the diverse, discerning tastes of our readers, Dettmann digs deep into his collection and exhibits a number of little-known but time-honoured tracks alongside up-to-the-minute dancefloor detonators. Using two turntables, two CDJs and a sampler, he moulds this formidable selection into a spellbinding narrative – in FACT’s humble opinion one far more subtle and gripping than we’ve heard on any of his previous recorded mixes – beginning with the brittle, low-frequency electronica of Arpanet’s ‘Heisenberg Compensation’, a divine 2005 production by Drexciya/Dopplereffekt’s Gerald Donald.

Throughout the mix we’re taken back to the future, so to speak, bombarded with edu-taining classic cuts like Cristian Vogel’s ‘Artists In Charge of Expert Systems’ (1995), Hecate & Kareem’s ‘The Payback’ (1996)  and CTI’s ‘Conquest’ –  a head-spinningly advanced 1984 transmission from TG’s Chris Carter and Cosey Fanni Tutti. Other vintage productions from Herwig Maurer, Stefan Robbers and others abound, but there’s plenty of space for the new as well, with recent and some as-yet-unreleased productions from Norman Nodge, Tangula and Redshape. We finish up with Richard D. James’ classic Polygon Window cut ‘UT1 Dot’, a fitting conclusion to a mix that isn’t just about Dettmann’s fine ear and DJing nous. FACT mix 150 is, more than anything, about affirming and celebrating the techno continuum – that desire, be it in 1984, 1995 or 2010, to plough on forward, and to make the future happen now.

See over the page for a Q&A with your man. 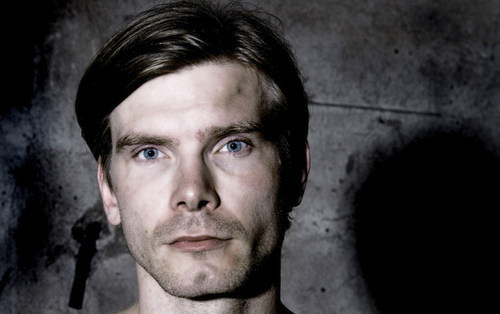 What were you aiming to achieve with the Dettmann LP? Are you happy with how it turned out?

“It’s a closed artwork, out of a year of Marcel Dettmann…and and I’m really happy about the positive feedback I get.”

It’s been said by a lot of people that the Dettmann LP prevents a very “pure” vision of techno – is that something you agree with?

“I do agree on this and I’m very pleased that the album is getting recognised as such.”

How would you say your approach to production has changed since ‘Blank Scenario’?

“It’s been three years by now…You’re permanently caught in a crossfire of influences, so I think that  it’s always a constant development personally in terms of my production.”

Tell us about the mix you’ve recorded for FACT….

“I recorded it it in my studio with two turntables, two CD players and a sampler. The tracks I choosed are a mix of new stuff and some of the good old records which have accompanied me for years…”

Any new producers whose stuff you’ve been enjoying recently?

“At the moment I really like the productions of the Berlin label Do Not Resist The Beat and Sweden’s Skudge.”

Any other plans for 2010 that you can tell us about?

“I’ll be going on an album tour to the USA, Australia, South America, Asia and Europe.  Besides that I’ll release some new tracks from different artists on my  label MDR and I’m working on remixes for Commix, Sigha and others…”