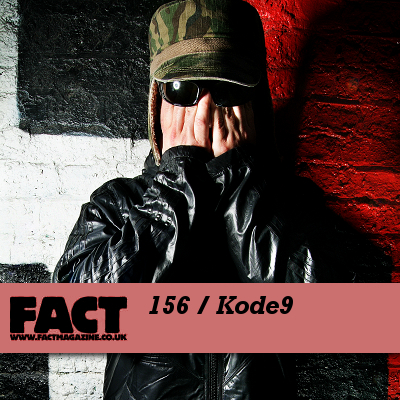 Today’s FACT mix comes from the man behind Hyperdub, and one of modern dance music’s most celebrated producers and DJs, Kode9.

Debuting on Tempa in 2002 with ‘Fat Larry’s Skank’, Kode9 has spent the last decade exploring an aesthetic that’s taken him from suffocating dread-filled dubstep to toxic house music. Along the way, he’s released a superb album (Memories of the Future, with frequent collaborator Spaceape) and become just as famous for his record label as his own productions: since Hyperdub’s inception in 2004, it’s released albums by Burial, Ikonika and King Midas Sound, and singles by Zomby, Terror Danjah, Cooly G, Mala and more.

This month, 9 will release the latest in K7’s DJ-Kicks series of mix CDs, a journey from elasticated house and dancehall, through soul, funk and hip-hop, to overbearing dubstep and grime. Kode is one of the world’s best DJs – his extended sets at Plastic People last year are spoken of with pure reverence, and this year he’s let out specialist mixes in 2step and “sino-grime”. Here he contributes a mix of “mostly ’94-’96 jungle”, bound by an icy, misty quality. Lemon D, DJ SS, Undercover Agent and more feature.

Next week, Hyperdub, Plat du Jour and FACT will be presenting an off-Sonar party at Club Mondo, Thursday 17 June. Already on the bill are Darkstar, Cooly G, Ikonika, Guido, Mweslee and Kode9 himself, plus Plat du Jour residents. There’s also a ton of special guests – to find out who, you’ll have to attend. For more tickets, click here.