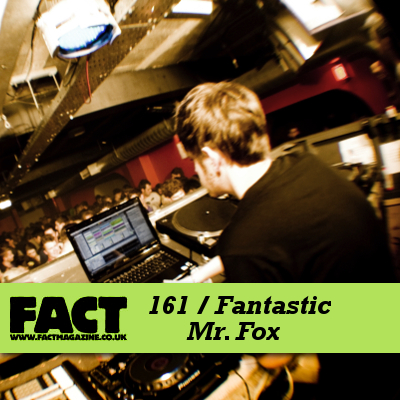 Wolverhampton might not quite be Brooklyn or LA when it comes to musical heartlands, but it’s been represented well in recent years by Goldie, Alexander Nut and Actress amongst others. The latest musician from the city to impress us is Fantastic Mr. Fox.

A split 12” with Pariah, a new recruit to the legendary R&S label followed, as well as a remix of Zed Bias. Later this year, Fox will release the follow-up to Sketches, the Evelyn EP, and he’s just been announced as US tour support for the xx, whose Jamie Smith he’s currently collaborating with on a series of new tracks. You know the way people are talking about James Blake and Mount Kimbie right now? That’ll probably be this guy next year.

His FACT mix features new material from Fantastic Mr. Fox, Pariah, Airhead, Sully and people we’re not allowed to mention. Turn over the page for an interview with Gomberg, where he talks in-depth about his solo music, his work with Jamie xx and more. 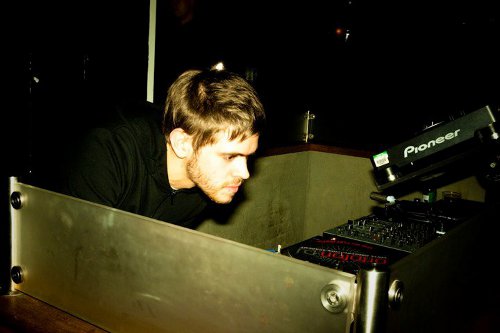 Fantastic Mr. Fox, tell us about yourself. What do you do, where are you from?

“I’m from Wolverhampton and have just finished a History & Sociology degree at Manchester University. I’m heading back to Wolftown for a couple of months to sort my life out, finish my EP off and apply for jobs back in Manchester.”

How did you start making music, and what got you into it?

“I started when I was 14, just making beats for the first six months or so, then started having a go at making full songs.  My older brother had already been producing for a couple of years and taught me the basics once I started showing interest in it. I also got really into hip-hop at the same age, so was pretty obsessed with learning how to make different drum sounds and how to manipulate samples.”

What do you produce on / with?

“I use Cubase sx3 on a PC. I don’t have any hardware but planning to get a synth sometime soon.”

You said in The Fader that your favourite songs are ones that are emotive and also make you nod your head, like ‘Straight off the D.I.C’. I can definitely see that with stuff like ‘Sketches’ – how do you go about getting that balance between intense emotion and the dancefloor?

“I think making stuff at 130-140 and having sub bass as a constant feature usually makes stuff reasonably dance-floor. Although with ‘Sketche’s, I think more than any other song I’ve made- I did try and make it dance-floor friendly. Before my Hemlock and Black Acre releases I’d only ever really made hip-hop so it’s been fun the last year or so to try and strike the balance between the emotive hip-hop kind of stuff I used to make and music that can work in clubs.” 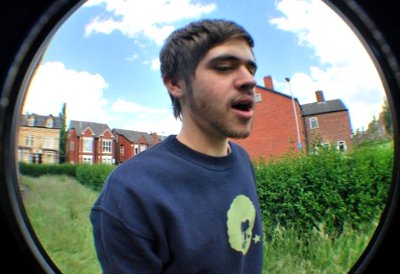 Were you a bit pissed off when the film came out, because it made it harder to Google you?

“Haha, yeah the film comfortably knocked me off the first page of google. I came up with the name when I was about 16, then started seeing stuff about a film being made a couple of years later so it was a bit late to change my myspace name then. I enjoyed the film though and the Dahl estate haven’t tried to sue me yet so it’s all good.”

You’re working with Jamie Smith from the xx, how’s that going? What sort of stuff are you two making together?

“We’re making a beat each, then swapping back and forth to develop them. I was massively into his Florence and the Machine remix last year and he’s got some amazing solo stuff coming out in the near future. It’s in the early stages, but both tunes are likely to end up a mixture of the kind of stuff we’re both making at the moment.”

And you’re about to go on tour with them too, right?

“Yeah, I’m going on tour with the band to America at the end of September to play in between bands and at after-parties. I was completely shocked and honoured to be asked – I’m a big fan of their music and of Jamie’s solo material so really looking forward to it.”

Going back to your own productions, what do you have coming up, release-wise? And what can we expect from it, compared to ‘Sketches’?

“I’ve got a new EP coming on Black Acre towards the end of the year, probably late October. The EPs going to be called Evelyn and it’s quite different from the Sketches EP. There’s a couple of rough version of songs from the EP, but the title track, which I made a few weeks after this mix, probably differs the most from my first EP. There’s also a Zed Bias remix I’ve done which will hopefully be out at some point and some other projects under other names.”