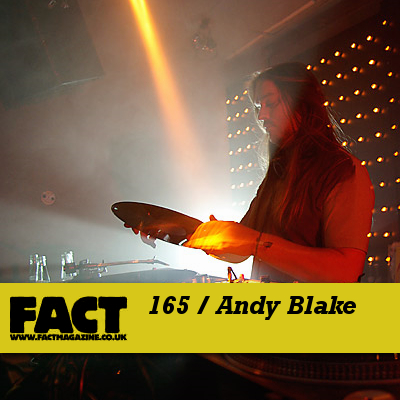 Blake will be familiar to many of you as boss of the now sadly defunct Dissident label. In its short life (2007-2009) Dissident put out over 30 single-sided 12″s, sourced mainly from Blake’s circle of friends; the focus was idiosyncratic dance music that touched on house, disco, techno and the psychedelic outer reaches of the Balearic. Among those who contributed to the series were Gatto Fritto, Ali Renault (of Heartbreak), Mark Broom, The Off-Key Hat, Naum Gabo (Optimo’s JG Wilkes) and Blake himself.

Following the dissolution of Dissident, Blake has been spending more time in the studio, recording all-analogue tracks live in one take, in the true spirit of Chicago house. These club-friendly but uncompromising workouts will see the light of the day via Cave Paintings, a new label from Blake conceived primarily as a platform for his own “primitivist” productions.

Blake recently told RA: “The driving thought behind [Cave Paintings] is to strip things back to the core essence of what house and techno means for me…I’m really enjoying the huge amount of scope for creativity there is in using simple interlocking drum patterns and sequences, sync-ing, daisy chaining and cross-patching a bunch of CV synths and drum machines together and then arranging and developing things on the fly by playing around with how the various sonic elements, patterns and structures syncopate and interact with each other. It can lead to very interesting and engaging recorded results which work really well for the dancefloor.”

As well as operating Cave Paintings (which launched in May with a sterling, untitled two-tracker), Andy is currently resident DJ at World Unknown, a monthly party “dedicated to the noble art of throbbing electronic music for dancing”. Taking place at a secret Brixton location, it’s the best place in London to hear EBM, new beat, synth wave, electro and acid house, and there are invariably live guests to supplement the tunes from Blake and his co-pilot Joe Hart. The next session takes place on Friday 16 July – find more info here.

“Very rarely for one of my studio mixes,” Andy says of his live, 100% vinyl FACT outing, “This one does a fairly accurate job of capturing some of the essence of what goes on when I’m playing house and techno in a club. A large of part of my club sets is me playing and experimenting with a range of percussive, rhythmic styles and notions of minimalism, and creating a raw, tribal vibe without resorting to the clichéd musical definitions of ‘minimal’ or ‘tribal’. For me, both minimalism and tribalism are hugely important in terms of club music and the dancefloor and are far far bigger than any narrow musical style or definition of a genre.”

“The other important element for me with club sets is energy, more the long term and sustainable build up of energy that somehow becomes self-generating after a time rather than the fizzy and rather empty tartrazine high of relying on constant breakdowns, FX and tricksy stuff to keep the energy levels and people’s interest up. I do enjoy using the EQ and cuts, drops to silence and bold, sharp mixes to accent the vibe and spice things up when i’m playing live but it’s important that there’s something of substance already there underpinning things.”


“Across the wide range of music I’m into i think one of the main common threads running through it all is that I often go for stuff that has some kind of strong directional energy to it, like its travelling from A to B in some way. Lots of stuff that’s popular these days seems to hang three-dimensionally in the air in a beautifully defined and designed, sculptural or architectural manner as if it can be walked around and examined and admired, and while that can definitely be a good thing as a part of a whole session of music in a club or party, I like the rough and tumble energy of being physically and emotionally whipped around by the music. I guess you could maybe say that a lot of the time I like my club music to be like cars, trains and planes rather than like buildings.”

So what’s actually on the mix?

“Well, as per usual with me there’s no tracklist but I will let on that it contains appearances from: London house instigators No Smoke, Mathew Jonson, Spencer ‘Gemini’ Kincy, one half of LFO, techno originator Thomas Barnett, first lady of hip-hop Roxanne Shante, some bloke from Oxford called Harvey and leftfield hip-hop poet Mike Ladd.” Come on spotters, help us out.