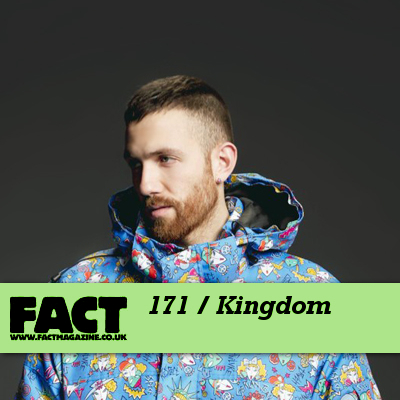 New York-based Night Slugger Kingdom steps up to the plate for this Friday’s FACT mix.

Born in Massachusetts, Kingdom, real name Ezra Rubin, moved to New York and went about making the city his home, running the Club Vortex and ddarkk club nights. A hip-hop and R’n’B obsessive, Kingdom has been winning fans on the strength of his DJ sets, remixes and mixtapes for years, but in early 2010 he discovered a new audience with the release of ‘Mind Reader’, his Shyvonne-featuring single for A-Trak’s Fools Gold label.

This week, Night Slugs released the follow-up to ‘Mind Reader’, the superb That Mystic EP. Kingdom’s aim has long been, in his own words, to “make club tracks that danceably and abstractly express the nostalgic teen longing of a Mariah Carey song”, and it’s a self-made test that he passes with colours on That Mystic, particularly on the love-struck ‘Bust Broke’ and ‘Seven Chirp’.

Kingdom’s FACT mix features cuts from his new EP alongside turn of the noughties hip-hop and unreleased material from Jam City, himself and more. You can read FACT’s review of That Mystic here, and our feature-length interview with Kingdom from earlier this year here.