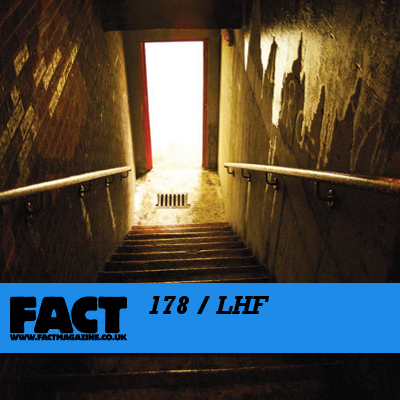 Nurtured by Blackdown, who recently released their debut EP, Enter in Silence on his Keysound label, the collective possess a sample-drenched sound that’s rooted in the atmospheric half-step of classic dubstep cuts from the DMZ label, but which also adopts the rough textures of jungle, the sun-kissed funk of Los Angeles and more. In FACT’s Robin Howells’ words, from a recent FACT interview with the crew, they “incarnate an archetype of London music … reflecting motivations and influences inwards – doing it primarily for themselves, with the unit itself first in line to function as audience and DJ.”

Prior to their one 12” to date, said debut EP on Keysound, LHF made their name on the strength of their Keepers of the Light mixes, a series of podcasts designed to showcase their own productions – the crew claim to guard a store of almost 1, 000 tracks. So we’re hugely excited to present their FACT mix – a session that features over twenty unreleased LHF tracks, with that smokey, rough quality that few others bring to the table. You never know, it might even feature some cuts from the team’s forthcoming debut album.