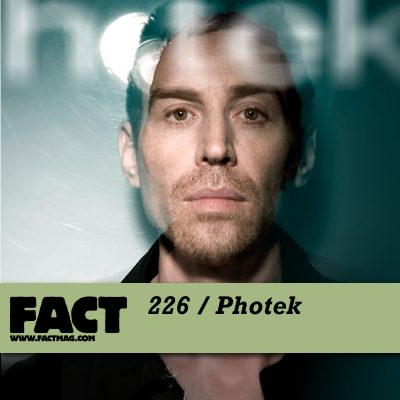 For our 226th podcast, we’re incredibly proud to present a mix by legendary jungle and house producer, Rupert ‘Photek’ Parkes.

Renowned for his impeccable drum programming, Photek had already been releasing singles for several years when, in 1997, he released Modus Operandi, his legendary first album and a record remarkable as much for its atmosphere, restraint and measured, ice-tipped grooves as its potential to send dancefloors wild.

Having established himself as one of the kings of the jungle (ahem), Parkes would go on to experiment with house music (most notably on 2001 single ‘Mine to Give’, featuring Robert Owens), as well as soundtrack work, and collaborations with artists as disparate as Goldie and Nine Inch Nails.

2011 has seen Photek back with a vengeance that fans haven’t seen in years, releasing a new EP this month, Avalanche, and working on remixes for Daft Punk and Ray LaMontagne as well commissioning mixes of his own material by Boddika, Breach and Addison Groove. According to his people, there’s more new Photek material to come, and so what better time for a FACT mix than now. Billed as an “influences mix” by Parke, it’s an expert selection of bleep techno, classic house, hip-hop and more, with highlights coming from LFO, Mr. Fingers and The Soulsonic Force.