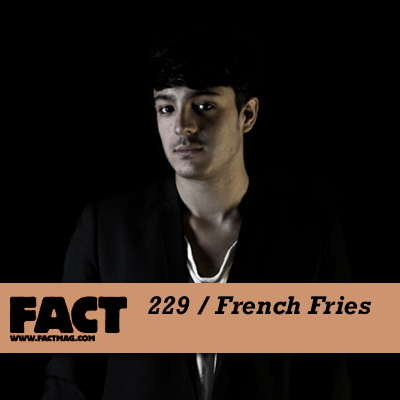 This Friday’s FACT mix comes from a key artist from Paris’s Youngunz stable, and the man behind several of our favourite dancefloor cuts of the past two years, French Fries.

French Fries hasn’t released much, but everything we’ve heard with his name attached to it has been dynamite. Last year’s ‘Senta’ was like a European take on Lil Silva’s wrecking ball approach to UK Funky, uncompromising and barking mad, while this year’s Laquisha EP saw French Fries inject his productions with a newfound sense of romanticism – though naturally, it was found lying under a heap of peak-time riffs, syncopated drums and playful indulgences.

With most of the people who matter behind him, it looks like things are only gonna get better for this kid – what better time for a FACT mix? Mount Kimbie, Joy Orbison, Karizma and Teeth feature, along with a sprinkling of recent French Fries remixes and originals.