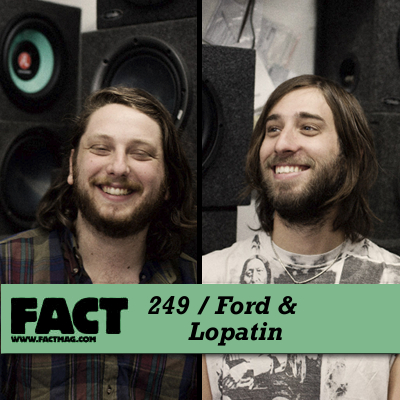 The duo formerly known as Games release their debut album next month, on their own Software imprint via Mexican Summer (Washed Out, Best Coast, Tamaryn etc). Lopatin, best known for his work as Oneohtrix Point Never, has been mates with Ford AKA Tigercity since they were nippers, and they bonded in sixth grade over a shared love of Mahavishnu Orchestra, or so the legend goes.  “Years later it was Prefuse 73 and Matthew Herbert, but jazz fusion was what we really geeked out on when we were kids,” says Lopatin.

Channel Pressure is the culmination of F&L’s years spent tinkering with synthesizers, immersing themselves not just in fusion but in any kosmische, new age and disco psychedelia they could get their hands on. Unlike, say, Oneohtrix’s isolationist drift-scapes, it’s a purt and proudly poppy album, and primed for the dancefloor too – with a mid-paced rhythmic thump that puts us in mind of the mostl . Oh, and of course it’s a concept record, loosely telling the story of “a teenage anti-hero, violent robo-jocks and a record industry run by a super computer”.

Lead single ‘Emergency Room’ is out now on highly desirable 12″ X-Ray picture-disc, with remixes from Gavin Russom and The Bug. The official UK launch party for the album is hosted by BleeD at London’s Shacklewell Arms on June 2: Ford & Lopatin will play live with support from another act TBC and Hippos In Tanks DJs. More information and tickets here.