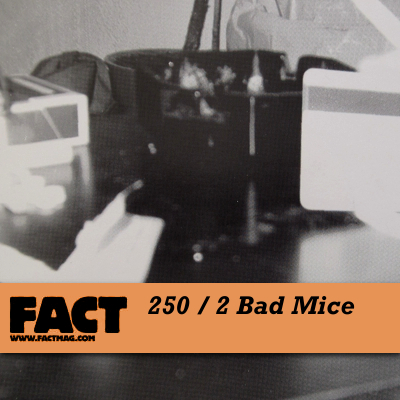 This time machine has been built for us by 2 Bad Mice, the original nutters whose early productions – produced in collaboration with Rob Playford – constitute some of early rave’s finest musical moments, and midwifed jungle into life.

Founded in 1991 by Sean O’Keefe and Simon Colebooke, and, in a brilliant contraction of distant points on the map of English culture – dirty raves and bucolic children’s literature – they took their name (and that of their signature, breakthrough track) from Beatrix Potter’s The Tale of Two Bad Mice, about two good-f0r-nowt rodents who vandalise a little girl’s dollhouse. The moniker, with its connotations of mischief, mayhem and bare-faced cheek, was perfect for O’Keefe and Colebrooke’s concoctions of shifty breakbeats, impish vocal loops and earth-quaking sub-bass.

“To be honest, I wasn’t sure about the use of [the name] as I thought it slightly cheesy,” Colebrooke would later recall. “But the anticipation of what could happen with the release made us so excited that it was soon forgotten. Sean knocked up the collage style cover, a test press and promo run were done and we were ready to unleash our first release…” 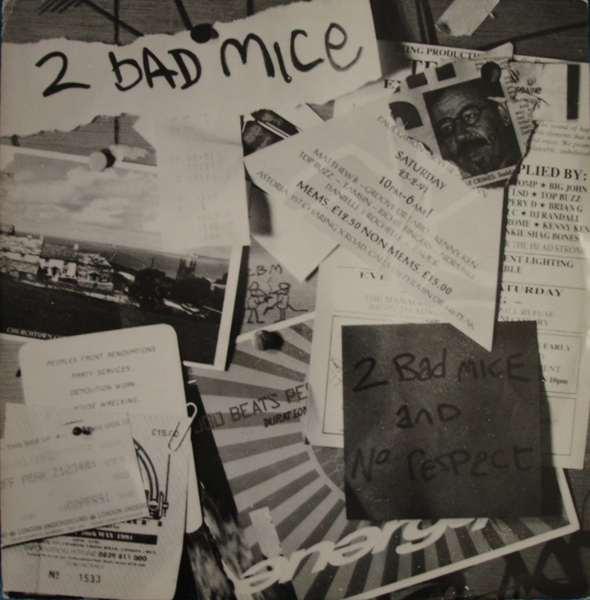 Key to the power of 2 Bad Mice’s beats was their then third member and producer Rob Playford, in whose poky studio their tracks were laid down in a haze of spliff-smoke. By the time he went on to engineer Goldie’s Timeless, Playford was happily describing drum ‘n bass as the next prog-rock and privileging the album format as the genre’s optimum vessel of expression, but for us the work of his that will truly endure is the more raw, impromptu and altogether less self-aware fare that he produced with 2 Bad Mice and their other collaborative project, Kaotic Chemistry. Taking their cue from souch trailblazers as Shut Up and Dance and Shades Of Rhythm, 2BM and KC brought a hip-hop approach to rave, sampling rhythms and chopping them up and sanding them down into devastatingly lean and mean dancefloor detonators – it’s telling that their most seminal anthem was titled ‘Bombscare’.  At times you could be forgiven for thinking otherwise, but the fact is that 2 Bad Mice, unlike so many of their peers, resisted the toytown cartoonishness that’s often part and parcel of ‘ardkore, while also remembereing to make their music fun – just listen to the rollercoasting keyboard vamps, chipmunked soul vocals and parping horns on ‘Hold It Down’. There’s obviously and innocence and naivety to their productions, and that’s part of its charm; at the same time, have you ever heard as deliciously dark-hearted and minimal as ‘Waremouse’? 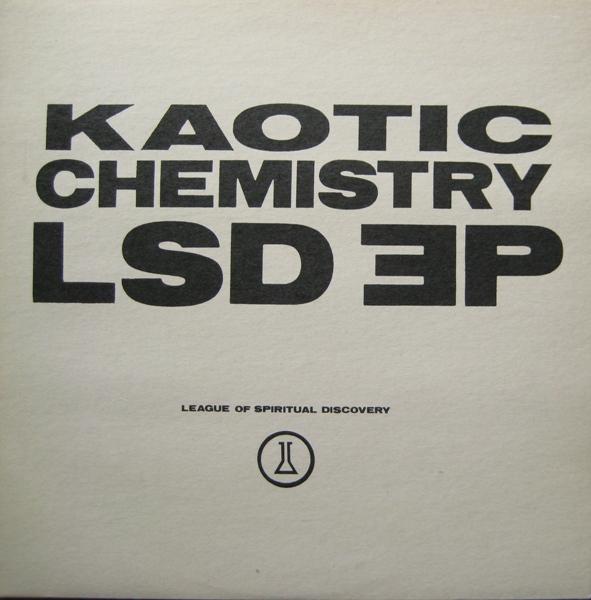 In parallel to their work as 2 Bad Mice, O’Keeffe, Colebrooke and Playford were making music as Kaotic Chemistry, whose choice of titles and imagery made no secret of rave’s narcotic drive. The front cover image of the Five In One Night EP (which features the classic ‘Drumtrip’) depicted a typical coffee table scene, a hand at the edge of the shot holding a fag and chopping out a line of speed, discarded wrap just out of focus; the photo on the back showed the same table adorned with a pile of pills. If at this stage you were still doubting the inspiration behind the record, the whispered intonation ‘Ecstasy…Ecstasy…Ecstasy…’ that kicks off the title track soon dispelled it. The follow-up LSD EP (Moving Shadow, 1992) tightened up chaotic Kaotic Chemistry sound; the breaks are at once more polished and more punishing, the vocal loops are less comical and more genuinely disorienting, the overall production and manipulation of space terrifically advanced, not just on past 2BM/KC product, but compared to anything being made at the time. ‘Illegal Subs’, ‘Drum Trip II’, ‘Space Cakes’, ‘LSD’ – every track on this EP is exemplary, mingling mirth and menace as only early UK rave can. It really is one of the most essential 12″s of the era, and still sounds rabble-rousing today. All together now: “You are the people of chemistry / the people of physics / the people of civilisation / the people of music / the people of rhythm!”

After that spasm of future-rushing activity across ’91-’94, 2 Bad Mice went quiet, O’Keeffe and Colebrooke choosing to concentrate on other projects and, you know, life. O’Keeffe in particular has produced some extraordinary solo work, especially under his Deep Blue guise, beginning with 1993’s classic ‘The Helicopter Tune’ and continuing right up to the mid-noughties. Having sold in excess of 120,000 records on labels like Moving Shadow, 31 and Good Looking, these days his primary interest “techy, tribal and DEEP house”. But 2 Bad Mice are not dead, oh no.

For the past half-decade or so O’Keeffe and Colebrooke have been treating a new generation of ravers to the initimable 2BM sound. Joined by their old mucker Rhodesy, who remixed ‘Bombscare’ with Rob Haigh in ’94 and worked for Parliament Records and Kiss FM in subsequent years, for their modern-day sets 2BM stay true to their ’91-’94 sound; their sets are a living testament to the potency of the hardcore sound, which despite having created or mutated into myriad different strains of different dance music since, remains unbeaten in its ability to make euphoria and dystopia feel like natural bedfellows. 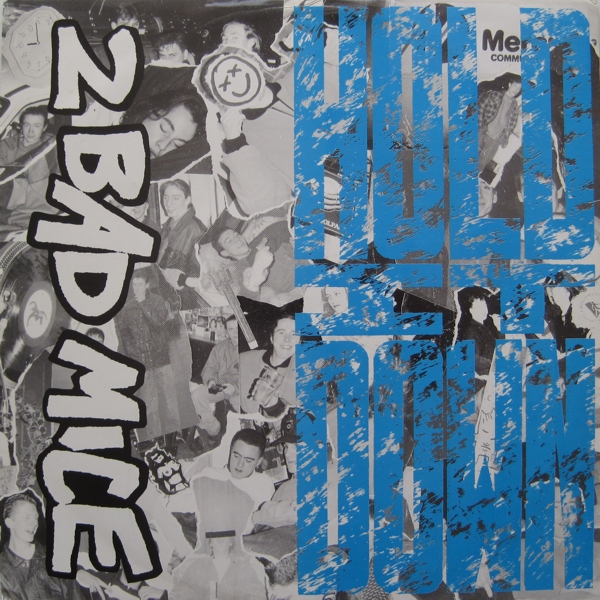 2 Bad Mice play the resurgent Glade Festival on June 10. Other acts on the whopping bill include Photek, Untold, Hyetal, Machinedrum, Ben UFO, Object and Pangaea.  It’s worth noting that none – repeat, none – of these artists would exist in the form that they do without 2 Bad Mice, so whether your a craggy old-skool survivor or a fresh-faced rave debutante, be sure to go pay your respects and experience the party of your life while you’re at it. More information and tickets here.

And so….here we have 2 Bad Mice’s FACT mix. It’s out 250th episode, something of a landmark, and we’re delighted to have Sean, Si and Rhodesy behind the decks for the occasion. Mixed with deadly precision, it’s essentially a greatest hits of hardcore and early jungle, all killer and no filler. With the possible exception of last week’s Machinedrum workout, we’re hard-pressed to think of a 2011 FACT mix this year that we’ve enjoyed quite this much. Whether you know ‘Space Cakes’, ‘Rockin’ Down The House’, ‘Bombscare’ et al like the back of your hand, or whether it’s all new to you, we strongly urge you to batten down the hatches and get raving.