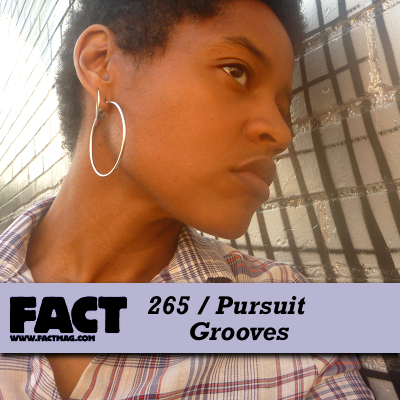 This Friday’s FACT mix is a live session from Pursuit Grooves.

Pursuit Grooves is the long-running musical project of New York’s Vanese Smith: in it, she produces, raps and sings, and combines the three with live cutting and manipulating in her increasingly infamous live shows. After several years of releasing records on her own label, she turned to Tectonic, the label of Bristol dubstep godfather Pinch, in 2010 to release Fox Trot Mannerisms, a staggering breakthrough EP that found Smith an entire new audience.