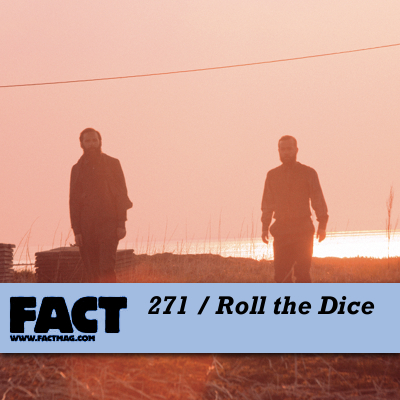 Next month the Swedish duo of Malcolm Pardon and Peder Mannerfelt release a new album, In Dust, on Leaf. The field of instrumental, kraut-inspired analogue synthesizer music is a crowded one, and it’s no mean feat for an artist to distinguish itself within it. But from the emergence of their debut album on Digitalis last year on in, that’s exactly what RTD have done, honing a lean, pulsating sound that makes no bones of its debt to Conrad Schnitzler, Cluster, Tangerine Dream and Kraftwerk, while also sounding resolutely modern – the dub architecture of Basic Channel and landcruising grooves of Carl Craig are equally pertinent references.

Forthe new LP, they’ve decided to introduce some more grit into their hitherto crystalline productions: tracks like ‘The Skull Is Built Into The Tool’ and ‘Iron Bridge’ summon the pre-techno pulsations of Monoton, late 70s industrial electronics and the more competent practitioners of minimal synth, and are duly possessed of a sense of foreboding that makes a pleasant change from the utopian sappiness that one usually associates with postmodern kosmische music.

“It’s meant to be a little unsettling and claustrophobic,” confirms Mannerfelt matter-of-factly.

The album is RTD’s second release for Leaf, following this year’s Live In Gothenburg 12″. More information and pre-orders here.

Their FACT mix is an interesting blend of enduring influences and current preoccupations, taking in the avant-techno of Harmonious Thelonious and SND, radiophonics old and new from Daphne Oram, Raymond Scott and Experimental Audio Research (Pete Kember), kosmische from Ralph Lundsten and radical disturbances to the classical idiom from Glenn Branca and Béla Bartók.