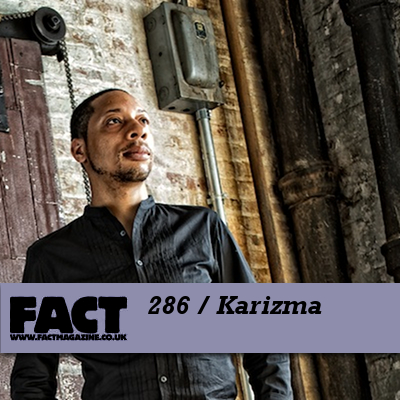 You have no idea how long we’ve been trying to get a Karizma mix for.

One of the world’s premiere house producers for well over a decade now, the Baltimore man has released on countless labels – amongst them R2, Defected and Objektivity – and has a serious arsenal of classics under his belt, from soulful vocal house anthems to heavyweight instrumentals; skewed hip-hop to spiraling drum psychedelia. Equally revered by house veterans and up-and-coming iconoclasts, Karizma is quite simply that guy. And after years of asking, we’ve finally managed to get him to contribute to our mix series.

This month, Karizma teamed up with long-term collaborator Spen (another member of the Basement Boys, with Karizma and Teddy Douglas) for the latest entry in Defected’s Housemasters compilations series, a double-CD release of Spen and Karizma classics and unreleased remixes. Karizma’s not simply a great producer though, he’s one of the world’s most unique DJs, effectively using one CDJ as a sampler as he wades through multiple minute blends and dramatic tempo switches, cutting from house to hip-hop and back in the bat of an eye.

(Available for three weeks – download via down arrow on Soundcloud bar)