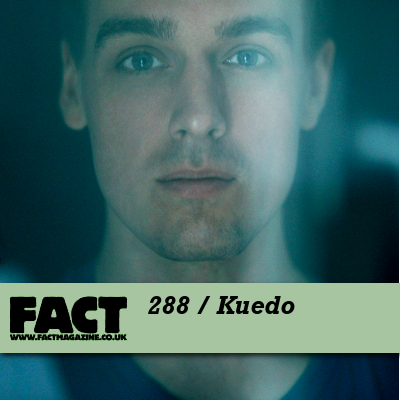 As one half of Vex’d, Jamie Teasdale’s role in the rise of dubstep was an important one: together with Roly Porter (who, himself, has impressed with his recent solo endeavours), he carved out some of modern Britain’s ugliest, most malevolent dance music – a middle ground between dubstep and grime so bleak it felt like the kick drums were actually sculpted from tower block debris. As far as inner city anger goes, it was the missing link between Godflesh and Dizzee Rascal, and despite groups like Cloaks doing an admirable job in attempting to take on the Vex’d mantle (Jamie and Roly split around 2008, though a second, retrospective Vex’d album titled Cloud Seed has since been released), it’s debatable whether the country has produced anything as brilliantly violent since.

Since leaving Vex’d, Teasdale has slowly reinvented himself, cumulating in Severant, his stunning solo album for Planet Mu. Released this month, Severant finds Jamie making music far truer to his current musical loves; most notably US trap rap (think Lex Luger and Shawty Redd’s hi-hat rushes and snare rolls, and the disassociated violence of rappers like Gucci Mane and Pill) and ’80s synth melodies in the Vangelis / Blade Runner vein. It’s a simple formula, but one that’s resulted in one of 2011’s most distinctive and addictive long-players.

If you’ve heard Severant, then Jamie’s mix for FACT will make total sense: Doe Pesci, Danny Brown, Tangerine Dream, Vangelis and Araabmuzik all feature. But what’s really remarkable is, given the frequent gear-shifts in style and tempo, how smooth and cohesive it sounds. Download it via the down arrow on the Soundcloud bar below, and read FACT’s in-depth interview with Kuedo here.

Kuedo will be performing live at Club to Club Festival in Italy on November 4, DJing at Rewire Festival in the Netherlands on November 5 and at Audio Doughnuts’ 1st Anniversary at Found @ Hidden in London on November 25. Severant is out next month on Planet Mu.