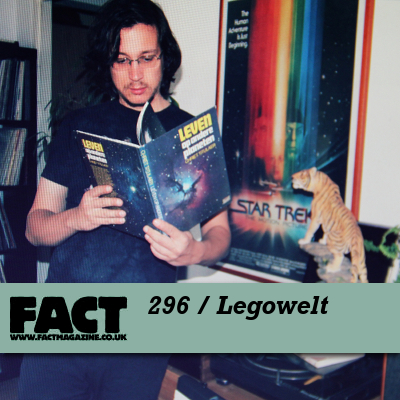 The best-known recording guise of Den Haag-dweller Danny Wolfers, Legowelt is a project dedicated to “freaked deep music”: its roots are primarily in the jacking alien funk of Chicago acid house, but also the cinematic machine-soul of Detroit’s Underground Resistance, Model 500 and Drexciya, the synapse-mocking braindance of Aphex and classic Rephlex Records, the high camp of italo-disco and synth-pop. Unlike so many contemporary house and techno practitioners, Wolfers is passionate about, and adept at, capturing the rawness of the finest, fiercest 80s box jams; to listen to his music is to be transported to a different time, a different place.

But that time and place isn’t always Chi-town ’87; more than anyone else out there, Wolfers uses electronic music to sculpt and sketch out numerous different fantasy worlds with all the manic glee and obssessive attention to detail of a video game programmer, pulp fiction writer, grindhouse filmmaker or just a bored 11-year-old with a blank piece of paper and some felt tip pens. You need only survey the titles of Wolfers’ tracks to instantly grasp the kind of worlds he’s intent on exploring: ‘Sasquatch Investigator’, ‘Monday Morning Fog Over Bonn Airport 1985’, ‘The Cambridge Library Murders’, ‘In The Shadow Of The Mossad’, and so on.

Wolfers’ fetish for outdated technology (he’s forever paying tribute not just to vintage synths, but also VHS, Commodore 64, Amiga, Teac, etc) and imagery, coupled with a love of storytelling or at least narrative suggestion, loosely aligns with him people like Ghost Box’s Belbury Poly and Advisory Circle, Oneohtrix Point Never and even James Ferraro, but he’s been at it for longer then any of them. Wolfers’ loving but self-aware brand of “sonic fiction” finds its fullest expression through his Strange Life CD-R label. For Strange Life, Wolfers records not just as Legowelt but under such handles as Florenza Mavelli, Franz Falckenhaus, Smackos, Phalangius and The Psychic Stewardess, creating eerie horror, spy and mystery movie soundtrack homages that almost always outclass the material that inspired them.

Legowelt first came to the attention of the wider world with 2002’s ‘Disco Rout’, a gloriously over-sexed, over-dramatic club banger that became an electroclash anthem, coming out on Cocoon, and which must rank as one of the most influential dancefloor releases of the last decade. Wolfers had in fact been making music as Legowelt since the mid-90s, repping a wilfully lo-fi, self-aware acid and minimal synth sound via such releases as the Space Force cassette and the italo-inflected ‘Pimpshifter’ 12″ on Bunker Records (for the most part Wolfers has worked with local labels, and he still holds down his Astro Unicorn radio show on I-f’s Intergalactic FM).

Wolfers’ for-club creations retain the rough-hewn, unheimlich quality of his Strange Life synthesizer dreamscapes, but crucially they also possess more than sufficient power and dynamism to wreak havoc on dancefloors. His last few EPs have been some of all-time best: the ornate Ron Trentisms of Slompy Jitt (M>O>S, 2010), the 303 melancholia of Sark Island Acid (L.I.E.S, 2011), the moody Motor City-styling of Poverties Paradise EP (Echovolt, 2011), the murky biker-punk acid of The Chicago Shags‘ Lost In A Blue Night (Creme Organization, 2011). His Nacho Patrol project has seen him combine Afro percussion and agressively wah’d high-life guitars with sumptuous electronics, while his inspired collision of DJ Pierre’s ‘Love Trax’ and First Choice’s ‘Love & Happiness’ (Rush Hour, 2010), for which he still adopted the name House of Jezebel, is still on heavy rotation round these parts.

Best of all the recent Legowelt output, though, is the simply stunning download album The Teac Life – self-released and available to download for free here (donations welcome nonetheless). Wolfers’ own description of the album is worth quoting in full, because it sums up the appeal of his music better than we ever can:

“Ok people here it is the new Legowelt album which is free to download for u all. Its got a hella lot deep tape saturated forest-techno tracks on it and when I say Techno i dont mean that boooooooooooring contemporary shit they call techno nowadays with overrated tallentless pretentious douchebag cunt DJs playing a few  halfassed dumb mongo beats and being all arty fartsy about it.

“F*ck that, I am talking about: Raw as fuck autistic Star Trek 1987- Misty Forests- X-FILES,- DETROIT unicorn futurism made on cheap ass digital & analog crap synthesizers recorded in a ragtag bedroom studio on a TEAC VHX cassettedeck in DOLBY C with an unintelligible yet soulfull vivacity.”

Amen to that. The same spirit informs FACT mix 296, which you can download and stream via the Soundcloud player below. Enjoy. 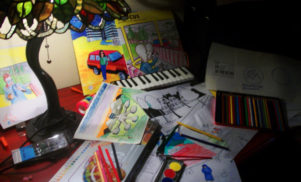 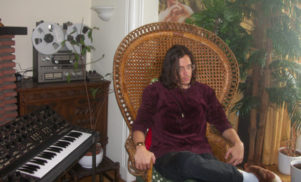