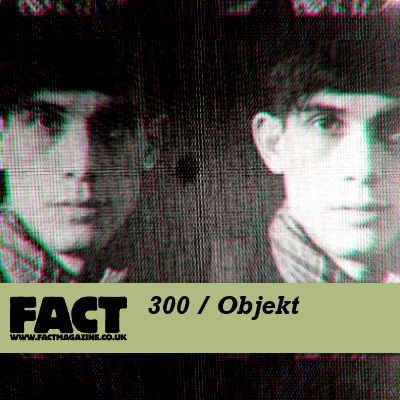 Objekt hasn’t released much in 2011, but that’s one of the reasons his emergence has been so welcome. In an age of oversaturation and overexposure, where people feel the need to upload their entire life stories to Soundcloud after two weeks of watching Logic tutorials, he’s the definition of someone who’s taken time to hone a craft (he’s actually worked as a programmer at Native Instruments for several years, which goes some way to explaining why his music is so sonically potent), and waited until they’re 100% ready before exposing their wares to the world at large.

And what an impact Objekt’s music has made. His first self-released single, ‘Tinderbox’ / ‘The Goose That Got Away’, was such an impressive amalgamation of half-step atmospherics and rickety techno drum programming that people were convinced it was the work of a more established producer under a new alias, while its follow up paired one of the year’s most stratospheric techno tracks (‘CLK Recovery’) with a B-side that proved that club-stopping dubstep drops don’t have to be stupid in 2011 (‘Unglued’). Combined with remixes for Call Super, Sbtrkt and Radiohead, and ‘Cactus’, a deadly dubplate that proved a highlight of Ben UFO’s recent mix CD for Rinse, he’s built up a small but powerful discovery with hints of STL, Mala, Peverelist and more to it already.

Objekt’s FACT mix is roughly in line with the music he’s released so far: underground techno full of staggered drums and inventive sampling, presented impeccably while never sounding too straight, smooth or unnatural. No tracklist provided, but there appears to be at least one unreleased Objekt cut in there for the spotters.