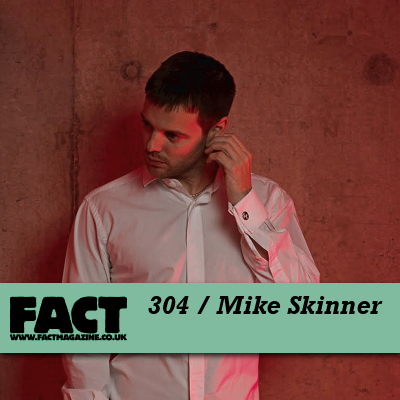 For FACT mix 304, you’re listening to The Streets.

Mike Skinner surely needs no introduction. In 2001, after slogging away as part of a three-piece for the best part of the ’90s, he released ‘Has It Come to This?’, a motion blurred combination of UK garage and stream-of-consciousness rapping that captured the UK at the turn of the decade like few other tracks did. UK garage had become the UK’s – and specifically London’s – pop music, with Kiss FM ruling the legal airwaves, but nothing before ‘Has It Come to This?’, the faded life story of a dark-eyed raver from Birmingham, had really sounded like it. The next year, he released his debut album, Original Pirate Material, and a star was born.

The years that followed were mixed; Skinner himself would probably admit that. His second album, A Grand Don’t Come for Free, was acclaimed by many as his best work yet, reaching number one in the UK album charts, but despite some glowing moments (‘Never Went to Church’, in particular), third album The Hardest Way to Make an Easy Living didn’t live up to the high standards set by the other two. Regardless, its these inconsistencies that make Skinner one of Britain’s most fascinating and relatable pop stars – that and the fact that he’s always repped for the underground, even at the height of his popularity drafting in radio-unfriendly MCs like D Double E, Kano and Bruza for remixes.

Skinner retired The Streets (on record, at least) with last year’s Computers & Blues, and of late has been working as half of The D.O.T., a new project with Rob Harvey. This Wednesday, they’ll be recording the one-take video for their Rizlab-organised collaboration with Ghostpoet, ‘Trouble’, an event which FACT will be exclusively streaming live from 7.30pm, and which will also feature DJ sets from Autonomic drum’n’bass champion dBridge and Manchester’s xxxy.

And so we have his FACT mix. We’ve never seen Skinner DJ, but it’s no surprise that he’s good at it: the mixing’s swift and tight, and as you might expect, he rolls through a selection of house and garage before indulging in some newer cuts from TRC, Joy Orbison, Julio Bashmore and Joker, and naturally, closing on jungle. You can download and stream it below.