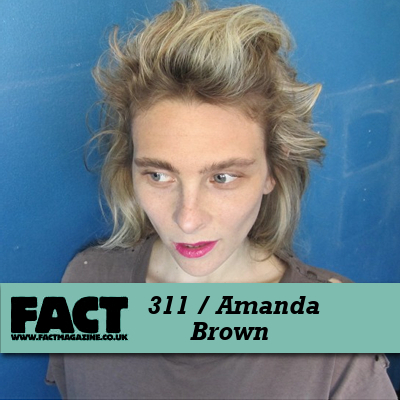 The first FACT mix of 2012 comes from 100% Silk and Not Not Fun label owner Amanda Brown.

As co-owners of Not Not Fun, Brown and her husband Britt have been responsible for some of the planet’s most exciting underground music, including records by Maria Minerva, Peaking Lights, Dylan Ettinger, and Brown’s numerous recording projects LA Vampires and Pocahaunted. However, it’s through her work running 100% Silk, a new sub-label of Not Not Fun formed last year, that Brown began to infiltrate the world of dance music – and do so in a big way.

Informed by “that NY ‘90s down-tempo dance vibe that means the world to me”, as Brown put it in an interview with FACT last year, 100% Silk continued the more-is-more approach of Not Not Fun (in 12 months, it’s released almost 15 records), but crucially, also applied its love of rough and ready lo-fi sounds to a dance music context. What frequently makes 100% Silk’s records stand out is their rugged finish, and their position outside of the accepted laws that can sometimes weigh down modern dance music – Ital’s ‘Only for Tonight’ (SILK010) for instance, samples Candi Staton in a way that Silk’s supposed European peers would presumably balk at, yet it works, and sums up the refreshing naivety that defines the label.

Brown’s FACT mix deals in the sort of starry-eyed, jacking house that’s such a big part of 100% Silk’s make-up, and we couldn’t think of a better way to start the year. Steve Summers, After Hours, Maxmillion Dunbar, Soundstream and more feature.