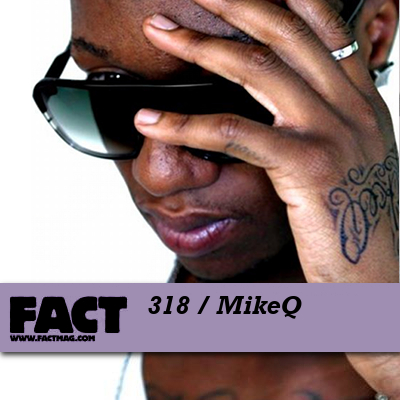 Strike a pose: the prince of modern ballroom touches down for a FACT mix.

For those unfamiliar with the ballroom house scene: we’re far from experts ourselves, though Chantal Renault’s recent photo book Voguing: Voguing and the House Ballroom Scene of New York City 98-92 and accompanying compilation for Soul Jazz – not to mention Steve Shaw’s excellent recent piece on MikeQ for FACT – makes us wish we were.

In short, it’s a mostly black, gay dance scene synonymous with New York and New Jersey and competitive dancing; in the ‘90s, the scene’s emphasis on “throwing shade” – one queen giving attitude to another – reached new levels, and dancers battled on the floor for the glory of their house, in the spirit of a model representing a fashion house on the catwalk. In recent years, MikeQ has emerged as the voguing new-school’s most celebrated DJ and producer: his sample-heavy tracks combine the stepping feel of classic ballroom with a razor-sharp modern edge (often built around the Masters At Work-sampling “ha” crash that appears on many of his tracks), throwing nods to UK Funky and Night Slugs-style club music in the process; Night Slugs artist Kingdom, in fact, recently released some of MikeQ’s music on his new label, and sister label to Night Slugs, Fade to Mind.

MikeQ’s FACT mix doesn’t yet have a tracklist – we’re working on it, don’t worry – but for those interested in the minimal, ultra-sharp modern ballroom sound it’s invaluable, and pretty much the definition of a neck-snapper, full of MikeQ’s edits and original productions. You can stream and download it below.