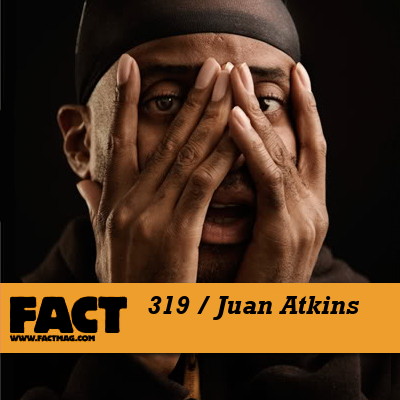 Accept no imitations: the originator of techno is in the hot seat.

Cybotron, Model 500, Metroplex, The Belleville Three – all words synonymous with the birth and development of techno music, and all phenomena synonymous with Juan Atkins, widely considered the techno originator and possessor of the most influential electronic music discography since Kraftwerk. Detroit’s famous for its long lineage of musical legends, and Atkins is one of the city’s all-time greatest.

Unlike some of his peers, age hasn’t dulled Atkins, as anyone who’s seen Model 500’s Kraftwerk-meets-Funkadelic live show or heard ‘Control’, Model 500’s fiery new single for R&S, will attest to. In keeping with this, his mix for FACT’s series is raw, heavy, and doesn’t once consider taking things lightly. There’s also a slight blip towards the end – we’re guessing Atkins dragged a file onto the wrong Serato deck – but its presence simply reminds you that it’s live, and that it’s real.

No tracklist at the moment, so until we have one, let’s see the spotters get spotting in the comments section. We’ll start you off: 58.50, Roman Lindau – Sub Suggestion.