“I wanna do this right”: Wiley talks new album and signing to Warner

A catch-up with the Godfather of Grime. 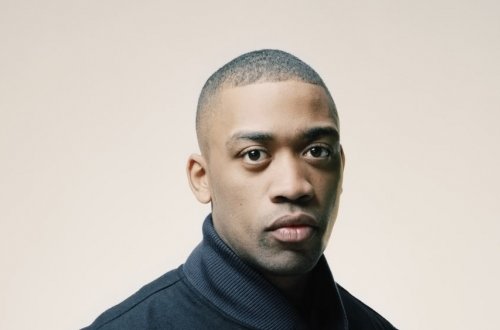 Wiley is back on a major.

Despite the grime godfather explaining to us in January that he was probably hated by every major label going, his new single ‘Heatwave’ marks the first record on a new deal with Warner Music, with a new Wiley album on the way. As he explained to FACT yesterday at Warner’s London office, he’s viewing it as an opportunity to right some wrongs.

Been a long press day?

Better get used to it, you’re back on a major label.

“[laughs] I know, I know… It’s all good though, I’ve eaten my Spaghetti Bolognese and that.”

When I interviewed you earlier this year, you said you’d probably never end up back on a label ’cause you figured they all hated you by now.

“Yeah, I was wrong wasn’t I? I just felt like on the day, probably. The thing is that you’ve gotta have a record that’s gonna hit home, and a major helps with that. There’s a line in ‘Heatwave’ where I say ‘if it ain’t gonna sell, I don’t wanna invest’. Anyone on the Earth is like that. But when you’re on different levels sometimes you can’t see that… sometimes you have to see someone else go through it, or go through it yourself, and then you understand.

“The power of a song can get you back on a major, and then that can get you in a new headspace.”

So you’ve got a new-found focus, is what you’re saying?

“Yeah. With that song, and the follow-up to it, and then a correct third single… I think I’ll be in a good place.”

You’ve been recording a lot recently, not just ‘Heatwave’ but the Step freestyles.

“Yeah, I do [the freestyles] anyway, as if I was just with my brethrens and that. But with the songs, I spend a couple of days on them, make sure I’m saying the right thing. Sometimes you can go on a song and say the wrong thing, so with the singles I spent more days on them. I never used to, but I do now.”

So I presume there’s an album on the way for Warner.

“There will be an album made, I’m just gonna make an English Wiley album. I suppose like Ed Sheeran made – remember, he done that EP, of who he is, and probably where he’ll be heading. And then he did an album, and it’s Ed Sheeran. So I’ve got to do a Wiley album, where it’s just me, and even if someone don’t really know me, they’ll find an element of me to like from this album. It’s gotta stay English though, do you know what I mean?”

Have previous albums not been 100% Wiley then?

“Some of them have, some of them haven’t. What we need to do [with this album] is get in the door with the first single, and then the second, and the third, and then the label can be like ‘okay’, and pick through [the rest of the material], and surround those hits with other songs. And that’s what an album is, bruv. And some people don’t know that, they just chuck a load of stuff together. I’ve just chucked a load of stuff together before. I wanna do this right.”

Is that a sign that you’re getting older, taking a bit more of a measured approach to it?

“Definitely, definitely. ‘Cause I’m not in a rush. I want it to be right, because of when it weren’t right in the past.”

Production-wise, how’s it looking? Obviously you worked with a lot of younger producers [Darq E Freaker, Preditah] on the Step freestyles, but on your last album [Evolve or be Extinct] a decent amount of it was produced by you.

“There’s good producers who’ve sent me loads of stuff, but obviously I worked with Rhymes [on ‘Heatwave’], so I wanna see what he’s saying for the second single. Then on the album I’ll probably include one from Preditah, for that one total club grime smash, the one that’ll smash a grime rave to bits. We’ve gotta have that.”

Any idea of timeframe?

“Well I said after ‘Heatwave’ that I’ve got a year. I reckon if I said to the label give me a year, they’ll give me a year, but then if I had it done in three months they’d probably take that too. I think we’ll know better by October or November.”

So for someone who’s followed Wiley for a long time, how can they expect from the album? And how would you want them to take it?

“In a time where people aren’t great super duper music buyers anymore… I’ve accepted that one person might like one side of Wiley, and another person might like another. So I want to make an album where there’s something for everyone. I can’t break my neck though, I try to please as much as I can. But I’ve realised you can never please everyone. Also, I know sometimes you get on a major, and you do… well, you do something you like but it’s the wrong something you like. So you might like Meek Mill, so you say you want a Meek Mill-type beat, and then you just end up sounding like Rick Ross. And that ain’t right. That’s the mistake that I won’t make this time.”

Last question: how did you get through all those Jagerbombs the other night?

“33 I done. You know why, ’cause I’d just come back from Dubai. I’d been in Dubai like three weeks, three and a half weeks, so when I got back to England I was on that adrenaline rush. And I’d had a little bit of weed, ’cause I hadn’t had weed in ages, and we was by the bar, and people kept giving me Jagers – two, three, you know. They was giving me them, and I remember I just got my card out, like arg-hhhh. It got silly, for a minute, and I was Tweeting each one. All of a sudden I was on 33 of them, and this girl was like ‘come on, let’s get you in a taxi’. And I was like yeah, ’cause I thought I was gonna vomit. I didn’t vomit though. Just heavy breathing.”