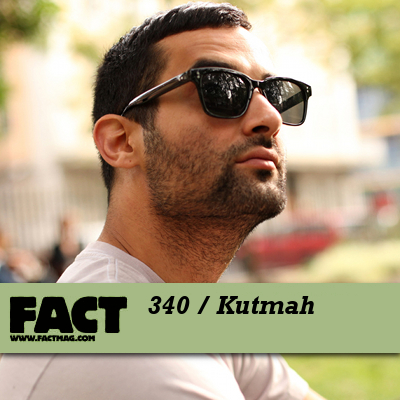 When talking about Kutmah, it’s tempting to use an epithet such as “the best DJ you’ve never heard”, or “best kept secret”. But we like to think enough people know about him now to make that unnecessary.

Justin McNulty was born in Brighton, but first made a name for himself in Los Angeles, as a member of the city’s dublab collective and, then, founder of the celebrated clubnight Sketchbook. An associate of Flying Lotus’s Brainfeeder collective, his mixtapes from his time spent on the West Coast are legendary amongst those that know, and he’s also released several of his own original records – though he’s very much a DJ first and foremost, with foundations in hip-hop but a record collection that spans far beyond the genre.

Sadly, in 2010 Kutmah was arrested and deported to the UK – you can read an excellent piece in The Guardian on the incident – where he holds down a show on NTS radio, and has furthered his reputation as one of the most fearless selectors around (as well as a visual artist; his work was exhibited in London last year). Earlier this year, he was invited by BBC DJ Gilles Peterson to curate the second CD in Brownswood’s (Peterson’s label) Worldwide Family series, and now he contributes a mix to FACT’s series – something we’ve been sniffing after for quite some time. There’s no tracklist, and although the wonderful weird mix leans heavily on old material, a lot of it’s new to us. But that’s what’s great about Kutmah’s mixes – they’re not a shopping list, they’re their own creatures to be consumed whole and grow on you over time. As Rinse DJ Alexander Nut, one of Kutmah’s many admirers, would say: it’s grown folk business.