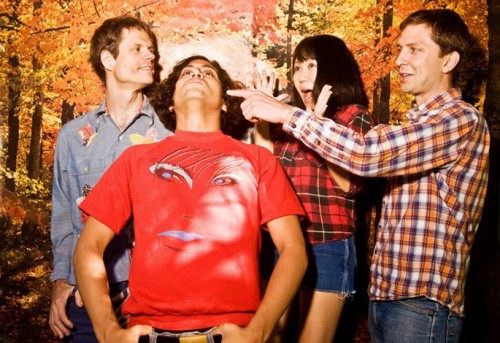 That’s a pretty apt description of not only the new record, but much of the band’s output, which tends to swerve violently between the sing-song sweetness of Satomi’s Matsuzaki’s vocals and a form of barely-controlled noise-terror.

As fans will know, the combination is far more charming than it sounds. The new album sees the band on as fine form as ever, and can now be streamed in full on YouTube, complete with intriguing (and typically tongue-in-cheek) “ballooncam” visual accompaniment [via Pitchfork].

Breakup Song is due for release on September 4 in the UK.