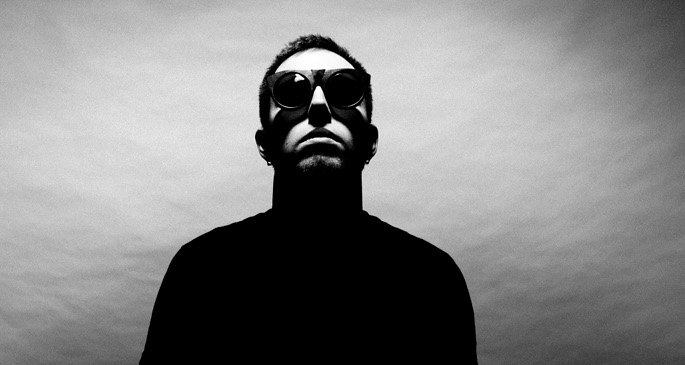 As revealed this morning, Philadelphia’s Starkey is set to release his third album this year, Orbits.

With grime and hip-hop closer to the forefront than on past albums, and song structures more spontaneous and unpredictable, often breaking down into entirely new tracks and not always coming back, Orbits showcases Starkey at his most composed and confident. FACT caught up with grime’s finest space cadet to find out more.

Listening to the early version of Orbits, it sounds really free in terms of structure – long ambient moments, a lot of tracks that don’t do the standard intro/drop/breakdown/second drop formula. Was this the freest, or most comfortable you’ve felt making music?

“I’ve always been a producer that’s not afraid to make the style of music that I want to make. I don’t try to force myself to write a particular kind of music, because everytime I’ve ever tried that, it turns out pretty horrible.  And I think coming off of the Open the Pod Bay Doors EP, with the title track being so very different from the other tracks on that release in that there were guitars, real drum sounds, etc… I just wanted to continue to explore what I could do in my songwriting and how all of this music could still gel as one cohesive outlet.  That being said, yes… I think it was a very comfortable album to put together, because there was a lot of music to go through and compile what we felt would be the best listen.  Although most people don’t really listen to albums from start to finish anymore, I still think it’s important and I guess my way of remembering what it was like buying a CD for the first time, getting home and just listening to it with no distractions.  I did that with a bunch of artists’ records, so I hope there are still some people who might do that with mine.

“Although most people don’t really listen to albums from start to finish anymore, I still think it’s important.”

Anyone who’s followed your remixes, mixes and interviews should know that you’re a big grime and hip-hop fan, probably more so than dubstep, but it feels even more pronounced on this album – Pulse X bass hits, Southern hi-hats etc. Why do you think that is?

“Dubstep is a funny thing, because it went from underground to industry buzz word in such a short period of time.  And the word itself means different things to different people, it’s all based on your frame of reference.  Like for me, DMZ records, Pinch, Vex’d, Distance, etc… that’s what my original frame of reference was.  I’ve been into and playing grime forever, so when records like ‘Twisup’, ‘Root’, ‘Pop Pop’ and ‘Lion’ came out…. those were tracks I could spin in my sets.  We were playing as much grime as we could get our hands on, but were also looking for things to mix with it, hip-hop, dubstep, etc.  So that’s my frame of reference, and I’ve seen it change and morph into a very different thing: from the club atmosphere, to the records themselves.  But if you look back dubstep’s always been somewhat about the DJ and what their take on the sound is.  So for me, even when I was doing my mixes for the Daily Dose of Dubstep on Mistajam’s show, it was just me playing the same kinds of records I would in the club… no different.  If you want to call it dubstep, then that’s cool.  But I don’t think that some of my records off of Ear Drums and Black Holes or Ephemeral Exhibits people who are coming into that sound now would even call dubstep.  It’s become a genre-less word that’s built around a bpm I guess [laughs].” 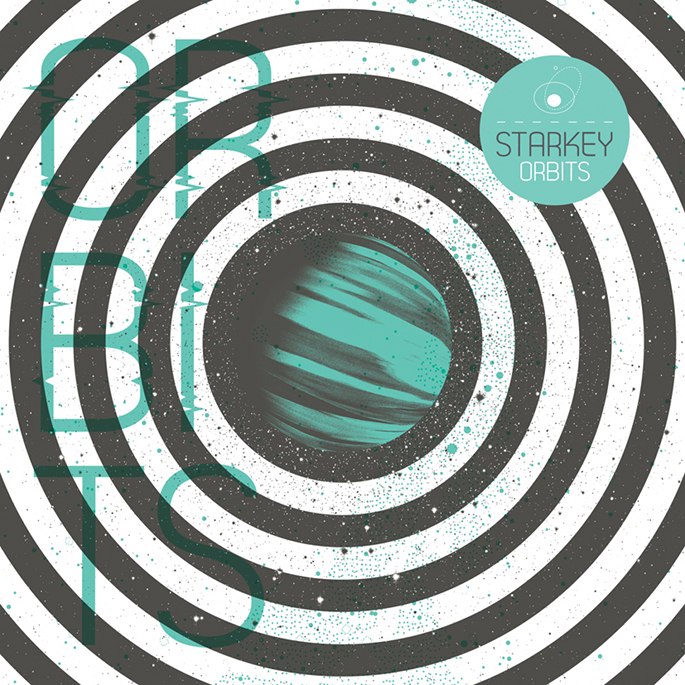 Is there a concept behind Orbits, the way there was – loosely – on your mix CD from a couple of years ago? The track titles imply some sort of narrative.

“I’ve always had a fascination with science fiction films, space and all that… so yeah that’s an ongoing theme.  With Orbits, I definitely made a conscious decision to keep the titles of the tracks to purely science or science fiction based words, but also inject this kind of post apocalyptic attitude or awareness [laughs]. The two songs with lyrics are both based around similar concepts and themes.  There’s this disconnect between technology and human interaction that’s definitely embedded in there.”

“There’s this disconnect between technology and human interaction that’s definitely embedded in there.”

Obviously with the Orbits title you’re keeping up the space theme of past records, do you think you’ll ever get bored of it?

“Ha… that’s a funny question.  I’m not really sure that the concepts that I’m interested in will ever get old, because there’s so much unanswered about what the future will bring.  So I don’t think I’ll ever get bored.  But I think it goes back to that fundamental concept of constructing an album versus a single or EP.  Maybe it’s a nostalgic thing that I need to get over, but when I’m constructing an album, I really feel like there needs to be a purpose to it; there needs to be an arch of emotions and sounds.”

You’ve been working with a fair few vocalists of late, but the album doesn’t have many vocal moments on there. Why did you decide to keep those separate?

“To be honest, when we were going through all the tracks, to make the most engaging listen from start to finish, the vocals just kind of stood out.  We did leave two small things of mine in there, but they are different from full-on vocal tracks.  We really loved some of them as well, there were so many good ones! [laughs] that’s the worst part.  That being said, I love working with vocalists and have been doing a ton of stuff with people, so fingers crossed everyone gets to hear them in 2013.”