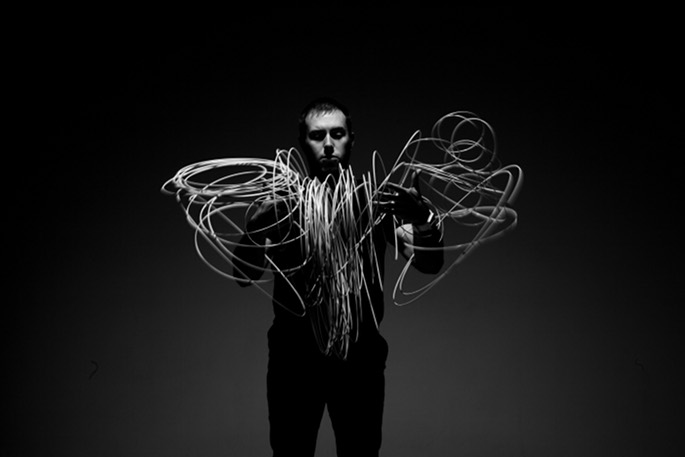 On December 3, Starkey will release his third album, Orbits.

Hailing from Philadelphia, Starkey has been pushing an ultra-colourful hybrid of grime, dubstep and pitch-bent synth music for the best part of a decade. It’s a sound that’s slowly developed over the course of his albums, EPs and vocal collaborations (with Trim, Charli XCX and more), and at times has splintered off into modern classical, spacious synth-drift and beyond.

Orbits finds Starkey sounding freer than ever: grime and hip-hop are closer to the forefront than on past albums, with song structures more spontaneous and unpredictable, often breaking down into entirely new tracks and not always coming back. FACT caught up with Starkey about the album late last week: the full interview will be posted soon, but until then, here’s what we found out: 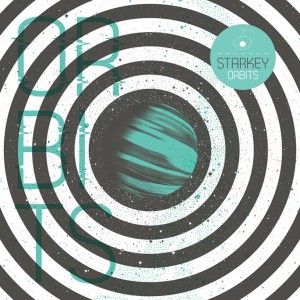 Starkey: “I’ve always been a producer that’s not afraid to make the style of music that I want to make; I don’t try to force myself to write a particular kind of music, because everytime I’ve ever tried that, it turns out pretty horrible.  And I think coming off of the Open the Pod Bay Doors EP, with the title track being so very different from the other tracks on that release in that there were guitars, real drum sounds, etc…. I just wanted to continue to explore what I could do in my songwriting and how all of this music could still gel as one cohesive outlet.

“Although most people don’t really listen to albums from start to finish anymore, I still think it’s important and I guess my way of remembering what it was like buying a CD for the first time, getting home and just listening to it with no distractions.  I did that with a bunch of artists’ records, so I hope there are still some people who might do that with mine.

“I’ve always had a fascination with science fiction films, space and all that… so yeah that’s an ongoing theme. With Orbits, I definitely made a conscious decision to keep the titles of the tracks to purely science or science fiction based words, but also inject this kind of post apocalyptic attitude or awareness [laughs].  The two songs with lyrics are both based around similar concepts and themes.  There’s this disconnect between technology and human interaction that’s definitely embedded in there.”

Orbits will be preceded by a single, ‘Command’, on November 5, which features remixes by Plastician and Drums of Death. For a taste of what to expec, you can stream a mixed sampler of the record here.