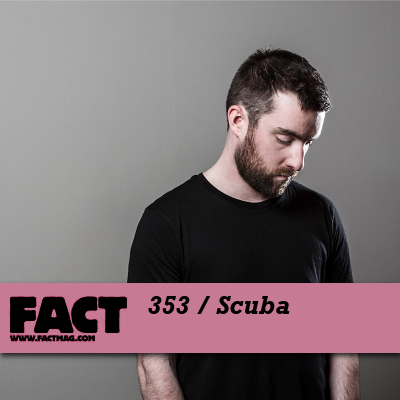 Does Scuba really need an introduction at this point?

A front-runner in dubstep since 2006 – though, of course, he hasn’t actually made dubstep in quite some time – Paul Rose has steadily risen through the ranks of UK and European dance music, recent album Personality (not to mention the single that preceded it, ‘Adrenalin’) not just shedding any remaining dubstep skin, but casting off the preconceptions of being a Brit in Berlin. Personality was big, brash, often brilliant, and whatever you thought of it, proved one of 2012’s most talked about albums – no mean feat when dance music full-lengths so often fall into the predictable middle ground.

As Scuba’s status as a musician has grown, so has the scope of his label, Hotflush. Later this year, Hotflush will follow recent albums by Jimmy Edgar, Sepalcure and Mount Kimbie with Living with Ghosts, the debut full-length by Sigha. Scuba’s FACT mix focuses heavily on Hotflush, with recent and future label material coming from South London Ordnance, Locked Groove, Machinedrum, Dense & Pika and Scuba himself. There’s even room for a new Joy Orbison track, the superbly named ‘BRTHDTT!’ (if you don’t know what it stands for yet, you’ll find out soon enough), and forthcoming NonPlus material from Scuba’s SCB alias.