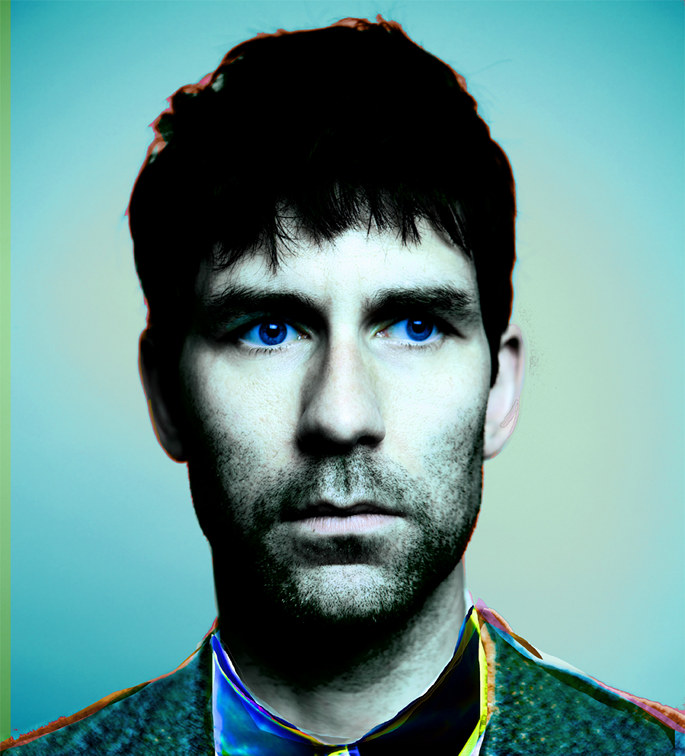 February 2013 will see the return of Jamie Lidell, with a new self-titled album.

The follow-up to 2010’s Compass, this album marks the singer and producer’s first since relocating from New York to the slower pace of Nashville, and in label Warp’s words, showcases “his ability to upend expectations of the ways man and machine can make music together.” FACT caught up with Lidell this week to talk about his recent relocation, happiness and cooking on grills.

“Compass was a deliberate move to shake the shackles I had put on myself.”

The album is self-titled…always an interesting gesture for a record artist to make at this stage in their career. Why did you decide to go with this – was it the fact that it was self-produced and free of collaborations? Or is there more to it – do you think this album captures the essence of what you’re about?

“There were a few album titles flying around but they all seemed wrong. There just seemed to be something missing.

“It’s a full circle, this record. I started out making electronic music before I learnt song-craft and now this album fuses the two disciplines. I wanted to go back to my post-modern roots and dig into the make up of this thing called Lidell. I think this is the high point in my musical output so far – it’s like a rebirth as much as anything. Lidell is dead, long live Lidell!”

In what ways does this record relate to or deviate from Compass?

“Compass was a deliberate move to shake the shackles I had put on myself – I felt a little trapped by the soul sound that I was following. That coupled with a meeting with my wife meant everything got turned upside down for me and I was feeling free again. That feeling still remains but I feel happier now. More solid. More powerful inside. That stuff is all flowing out of the jams.”

What took you to Nashville, and how have you find the process of adjusting?

“New York was getting just a little too cozy. My wife and I were hanging in 800 square feet with all these machines and all our lives were packed away. We’d travel and pay this huge rent and it was too much so we went on a hunt.

“Nashville living is chill. We have a great house and plenty of space and we’ve met great people here. We constantly hang with Harmony Korine and his family and Pat of the Black Keys and so many other really talented and nutty characters. So we moved for music and space and found all these amazing people and that’s the glue here. The folks that surround us.”

Do you feel like it’ll be your home for some time to come?

“I think I will hang here a while. If I got super rich I might go back and buy in New York, I think…”

“My studio is utterly banging. It’s too much sometimes.”

Was it always a dream to build your own studio? How did the setting – both the studio, and Nashville – impact on the writing and recording of this record?

“I’d been literally looking at my gear piled up in the house and thinking that it was dying. It was just calling to me. So setting it all up and getting hold of an old 56 channel SSL console – the same one used to mix Opposites Attract by Paula Abdul, no less – had a big impact. The classic console. I was in heaven basically, and still am. I had this new house, beautiful wife, all this equipment to make music again.

Was it a difficult birth, or did the album pop out fairly painlessly?

“Pop out? I mean I did three records this year. Two as a producer / writer. All mixed and recorded here at the house.  My studio is utterly banging. It’s too much sometimes.”

Do you find that your writing, what you sing about, has changed over the years? What would you say the broad lyrical themes of this record are?

“It’s like cooking. You learn new ways to cook the same dish but sometimes that can revolutionize the menu. I keep it fresh and daily. Actually this album was a lot to do with word shape. I would sing with no lyric. Just making noise and I would often find the meaning in there. It’s like it’s a bit more subconscious that way.

“I always try to get better. At cooking, being a good person – and music is the same. I just want to get better at communicating and spreading a goodness. Lyrics are about blame, love, fear – big real stuff. I can’t get enough. I’m cooking on a grill now I’m Nashville!”