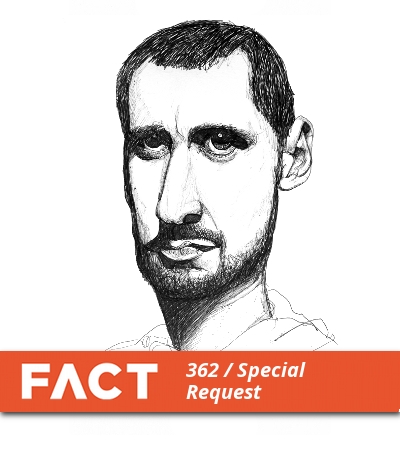 Classic breaks, Reese basslines, distortion – Special Request’s world is a lot of fun to inhabit. House veteran Woolford introduced the alter-ego at the start of 2012, citing pirate radio as its primary influence in an early interview with FACT.

“The attractive thing about pirate radio is that it sits outside of convention, so there are no rules as such, and this is a huge part of why this project exists”, Woolford explained to us at the time. “In terms of pirate radio itself, the internet has changed the nature of it, but there was a time when it was pure community service. How many unsung heroes must there be from across the years that have dedicated their lives to this?”

Since that chat, Woolford has released three singles as Special Request – each, naturally, white label 12″s – and with a live show and album planned for 2013, now seems the perfect opportunity to see how the project translates to a DJ set. It doesn’t disappoint. With electro, acid house, hardcore and more covered, FACT mix 362 is a wild ride through various sounds and styles that inspire the Special Request project – and audiophiles, we’re warning you now: not all of these records are in great nick. That’s half of what makes the whole thing such a trip.

No tracklist – the comments section awaits.